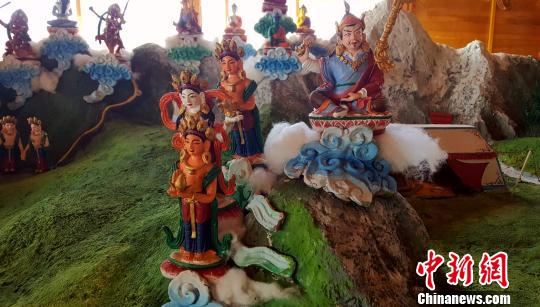 The epic King Gesar, as the greatest achievement of Tibetan folk and oral narrative art, is the world's longest hero epic and honored as the “Oriental Homer Epic." The Guoluo Tibetan Autonomous Prefecture in Qinghai is the main birthplace of the Gesar culture and regarded as "the homeland of Gesar culture."

Theclay sculpturescomplex of epic King Gesar, with the total investment of 1,090 thousandyuan(about 158 thousand USD), includes over 4,000 different characters and sceneries, and it is 56-meter long and 2-meter wide and has taken 2 years to finish.

The lifelike clay sculpture complex of epic King Gesar has revealed the legendary story in whichKing Gesar was vanquishing demons and monsters, suppressing the evil and protecting the good,fighting north and south and unifyingLing Kingdom, andgot independence and peace forthetribe.