2009，Representative List of the Intangible Cultural Heritage of Humanity 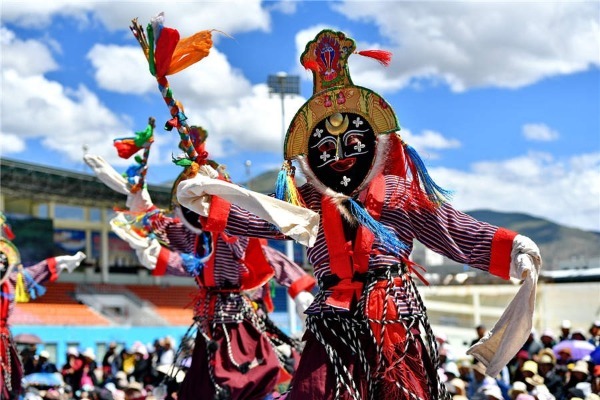 Tibetan opera, the most popular traditional opera of minority ethnic groups in China, is a comprehensive art combining folk song, dance, storytelling, chant, acrobatics and religious performance. Most popular in the Qinghai-Tibetan Plateau in western China, the performance begins with a prayer ceremony, including the cleansing of the stage by hunters and blessings by the elder, and concludes with another blessing. The heart of the opera is a drama narrated by a single speaker and enacted by performers supported by groups of singers, dancers and acrobats. 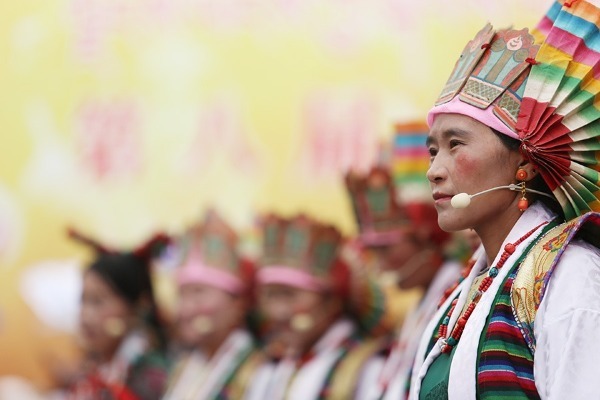 Actors wear traditional masks of a variety of shapes and colours that contrast with their simple makeup. Performances may take place in public squares or temples (or, today, on stage), with the centre of the space marked by a tree placed on the ground, wrapped in colourful paper and surrounded by purified water and theatrical props. Rooted in Buddhist teachings, the stories told in Tibetan opera recount the triumph of good and the punishment of evil and therefore serve a social teaching function for the community. This multifaceted representative of Tibetan art and cultural heritage also acts as a bridge among Tibetans in different parts of the country, promoting ethnic unity and pride.