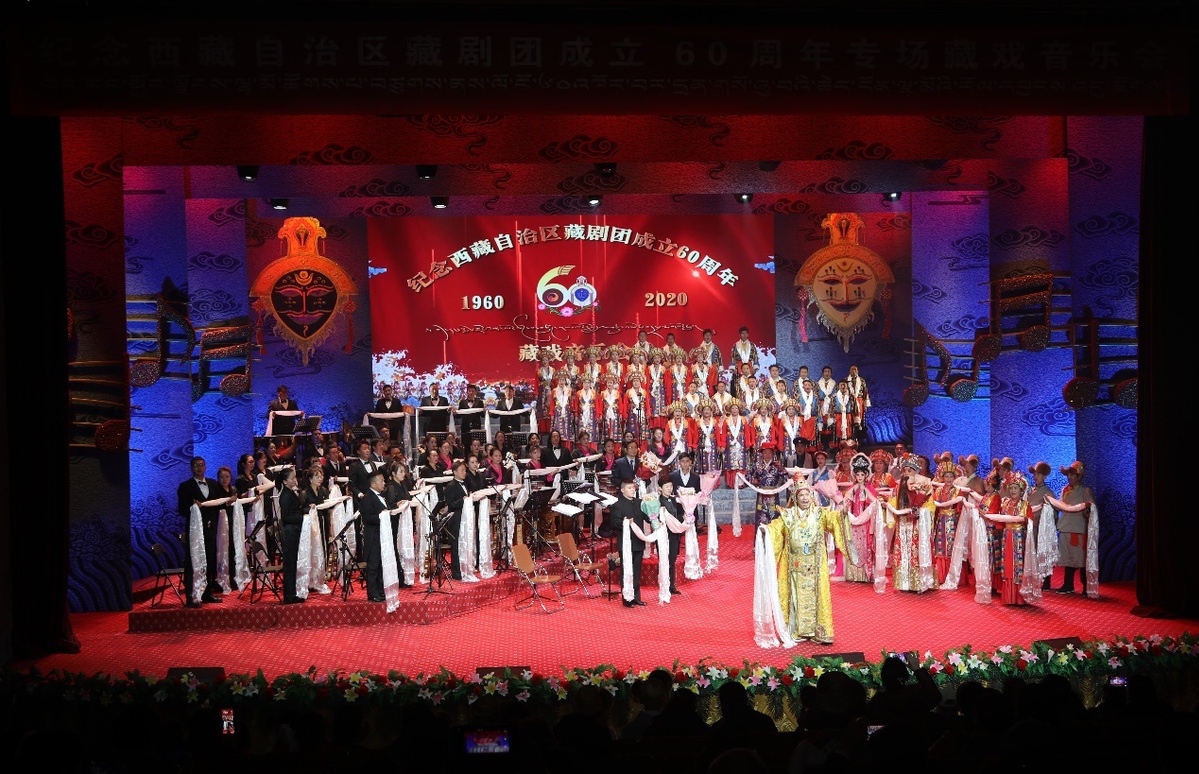 A Tibetan opera performance in Lhasa, Tibet autonomous region, on Wednesday marked the 60th anniversary of the region's troupe. [Photo by Daqiong/chinadaily.com.cn]

A grand concert of Tibetan Opera was held in Lhasa, Tibet autonomous region, on Wednesday afternoon, to mark the 60th anniversary of the founding of the region's opera troupe. 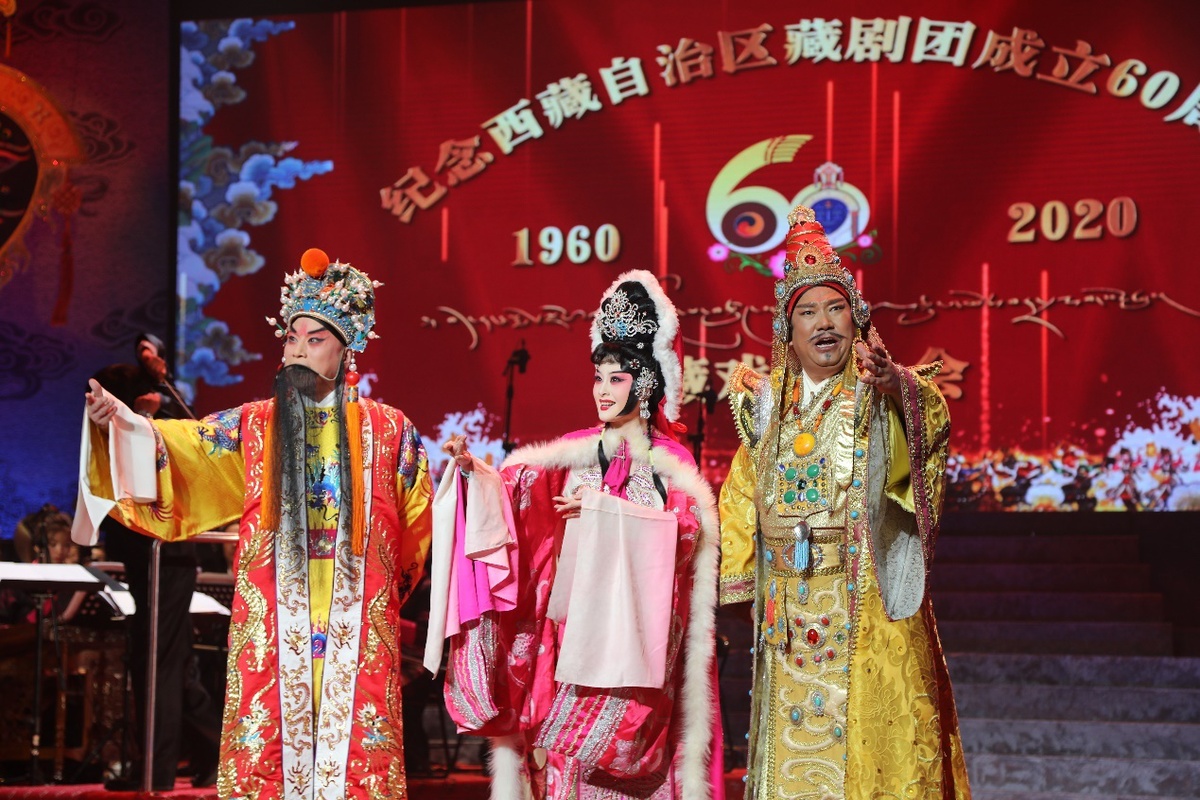 The concert was attended by artists of the China National Peking Opera Company, who performed an innovative version of Princess Wencheng.

Princess Wencheng, one of eight traditional Tibetan Operas, tells the story of the Tang Dynasty (618-907) princess Wencheng, who traveled from Chang'an — today's Xi'an in Shaanxi province — to marry Tibetan King Songtsen Gampo more than 1,300 years ago. 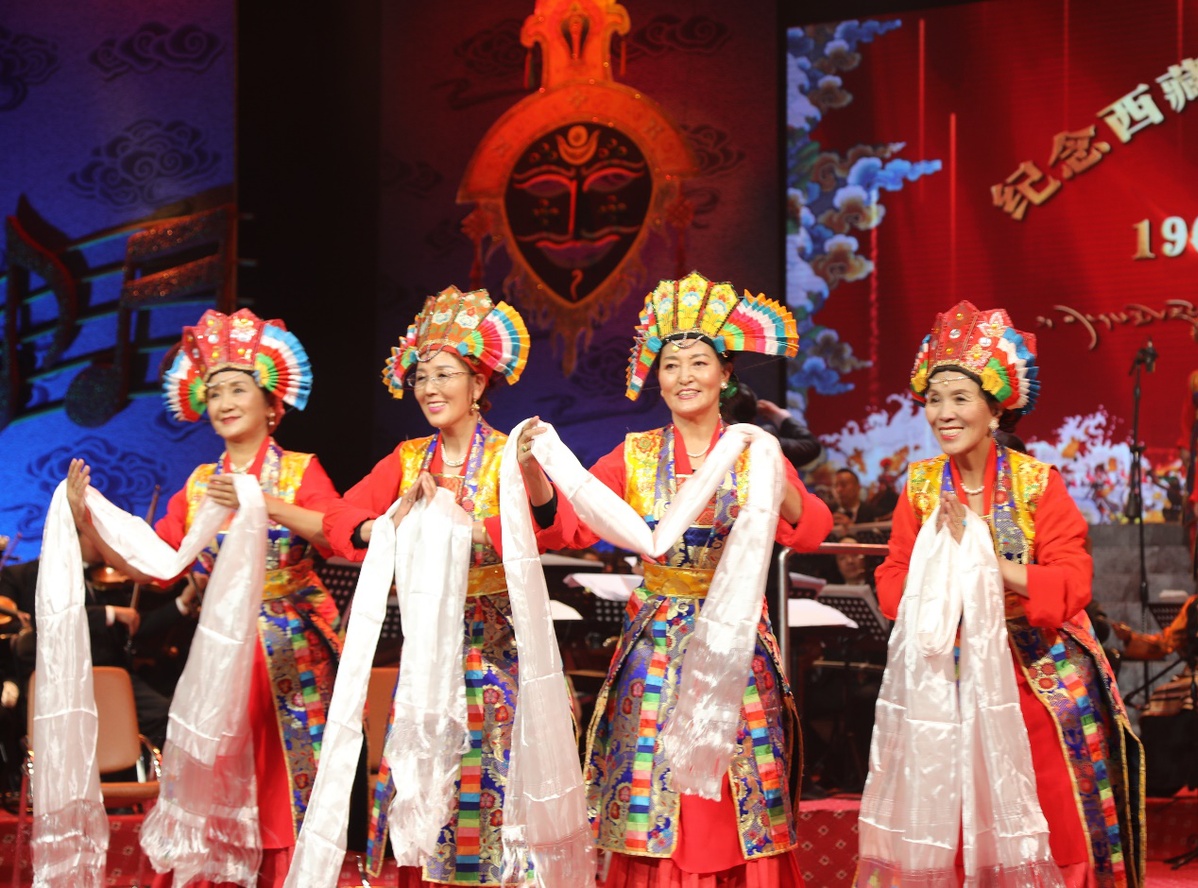 A Tibetan opera performance in Lhasa on Wednesday marked the 60th anniversary of the region's troupe. [Photo by Daqiong/chinadaily.com.cn]

Palden Wangchuk, head of the region's Tibetan Opera troupe, said that since the troupe's official founding in 1960, it has been working toward the goals of preserving the form, but also on the creation of operas for modern times.

"Through the big efforts made by all the workers of the troupe, now they've become a provincial-level professional opera troupe, which integrates the missions of creating, directing, performing and researching Tibetan operas," Palden Wangchuk said.

Nankar, a previous leader and a Tibetan Opera troupe member, said he worked in the group for 40 years, since 1972, when he was 16. He has been observing the troupe's growth through multiple roles, including actor, director and head of the troupe. 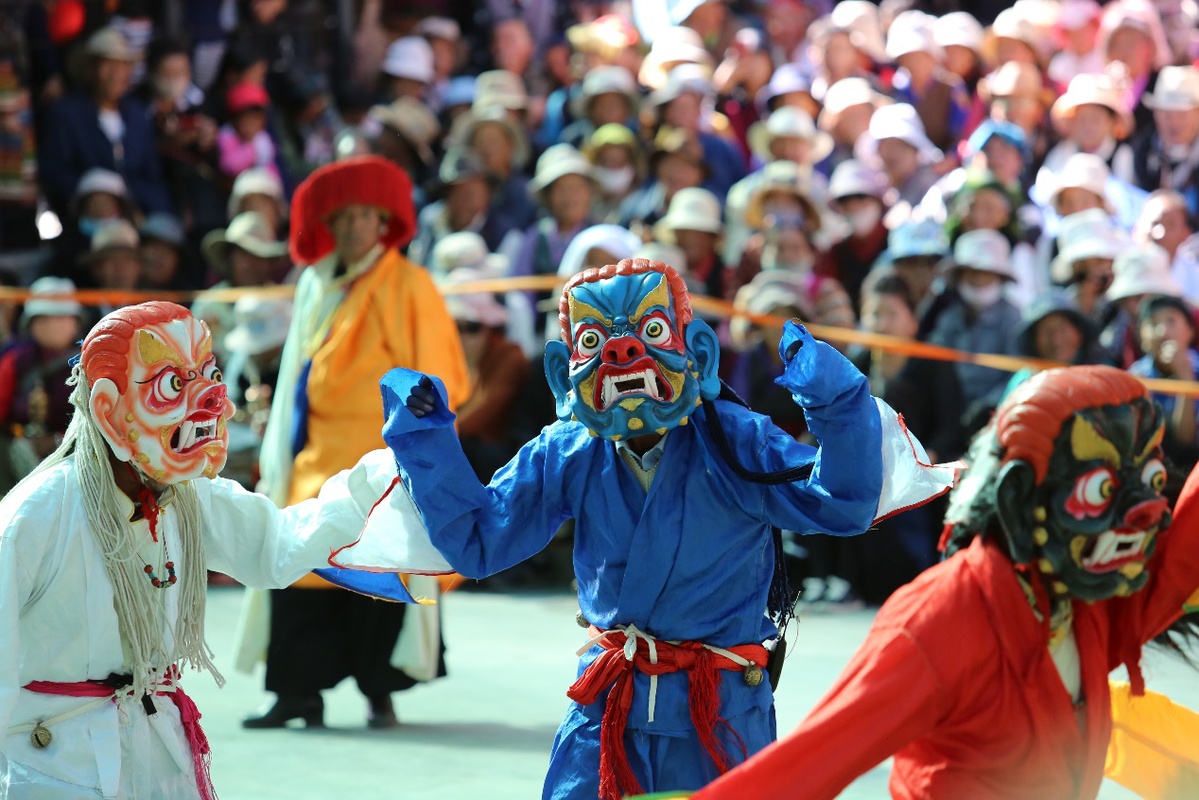 A traditional Tibetan opera show is performed in Lhasa. [Photo by Daqiong/chinadaily.com.cn]

"I feel proud and honored to have seen all the achievements the troupe has made over the past 60 years, and I would like to say thanks to all the comrades for the great efforts you have been making for the development of Tibetan Opera in the last six decades," he said.

Over 60 years, the Tibetan Opera troupe has an average annual audience of more than 200,000 people, and it has performed in more than 30 countries and regions.