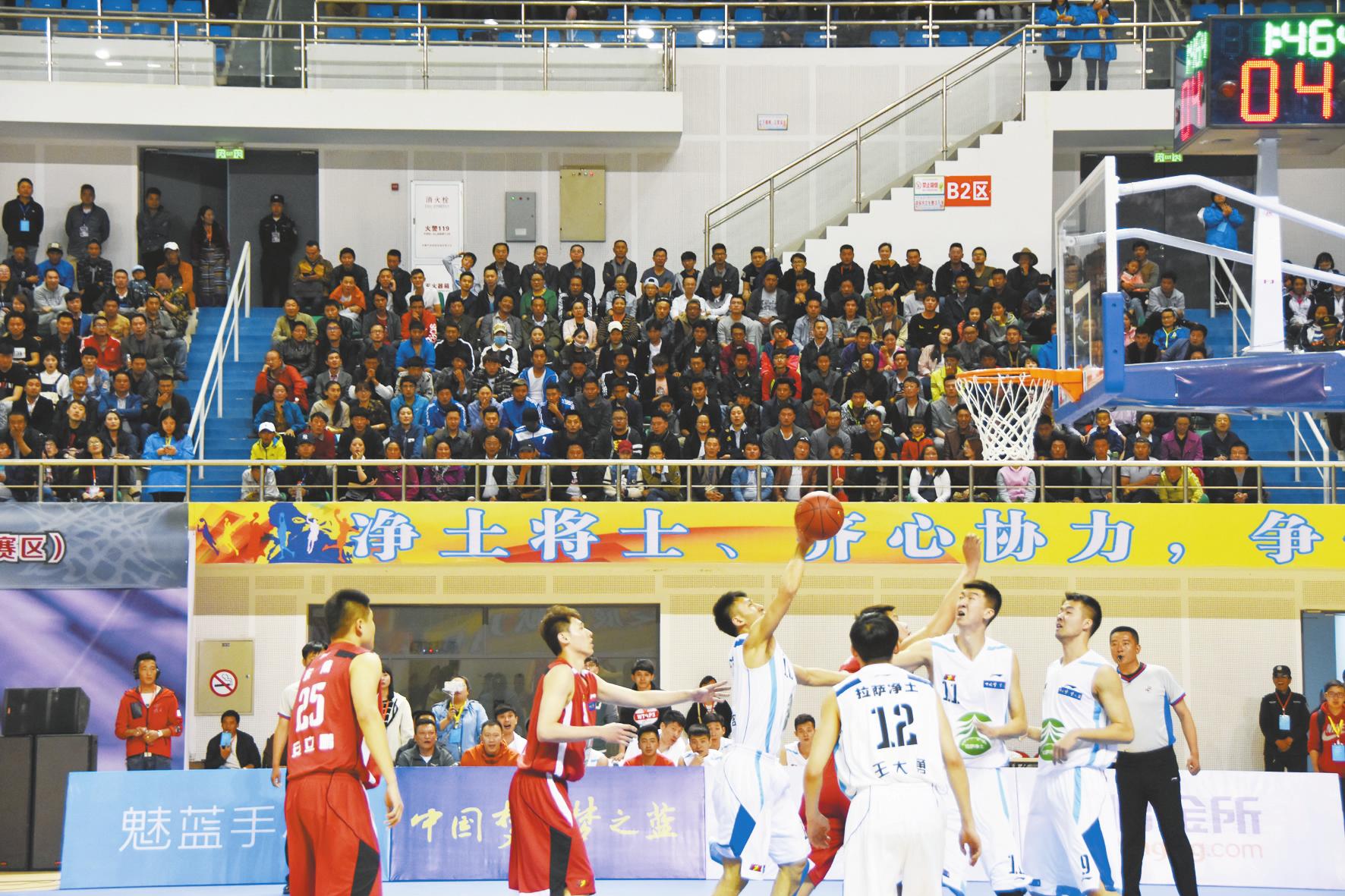 Recently, Lhasa Pure Land Basketball Club won the championship with the undefeated record after furious competition in the 2016 Invitational Tournament of Basketball Clubs of western China, in which 12 clubs took part.

Lhasa, at an altitude of 3,658 meters and very thin air, is challenging even for people not doing rigorous exercises. People often experience chest pains, headaches, and many other symptoms of the plateau syndrome here.

Many people who have not been to Tibet often wonder, "Can people play basketball and soccer in Tibet?"

Lhasa is at the maximum altitude that the sport of basketball could be played, so basketball games in Lhasa could be called extreme sports with their level of challenge.

However, Tibetan people love exercise, even the extreme-cold and lack of oxygen could not stop basketball from flourishing on the plateau.

The first basketball club of Tibet Autonomous Region was established in Lhasa on February 15th, 2015.

They have successfully finished the NBL agendas of 2015 and 2016 and got the First Place as the team with all Chinese players.

Every jump of the basketball players not only shows their accomplishments, their dreams, it is also a testimony of the robust growth of sports in Tibet.

Every time the team plays outside Tibet presents a great advertisement of Tibetan culture.

There are performances of King Gesar, oral narrative art and other Tibetan programs at the Opening Ceremony of Men's National Basketball League, showcasing the upbeat and vibrant life of people of all ethnic groups in Tibet.

In order to promote the athletic spirit in Tibet, the basketball clubs often visit nearby schools, special education schools, retirement homes, monasteries, and other places to meet their fans, share their athletic spirit, give out sports subsidies, encourage people to improve their physical conditioning, and live healthier lives.