At the 11th China (Beijing) International Cultural & Creative Industry Expo, the Buddha sculptures in the Tibet booth attracted a lot of attention. The Tibet delegation had 26 members at the expo, many of whom were renowned sculptors presenting their own work.

Karma Gyaltse is a Level-3 Sculptor in Tibet. Here, he’s photographed with his work, The Black Jambhala Buddha. 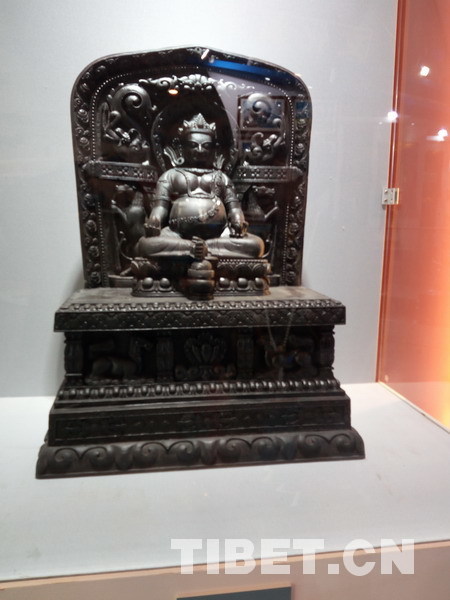 It took Karma Gyaltse only two months to complete this project. He said the jade used in the sculpture came from Lhasa. Known as black rocks, they’re well-suited for sculpting Buddha sculptures, and are often used by the sculptors of Lhasa. These rocks could also be used in Tibetan medicine.

The White Tara Goddess project took Karma Gyaltse a little more than a month to complete. It is made of a type of jade called Karma Repa, a material that’s also from Tibet.

Bayda is an artist from Lhoka, Tibet; she works at the workshop founded by sculptor Karma  Gyaltse. Bayda said she has worked there for about a year and is currently in charge of sales. The workshop hires orphans and people with disabilities from the local area and passes on professional skills. 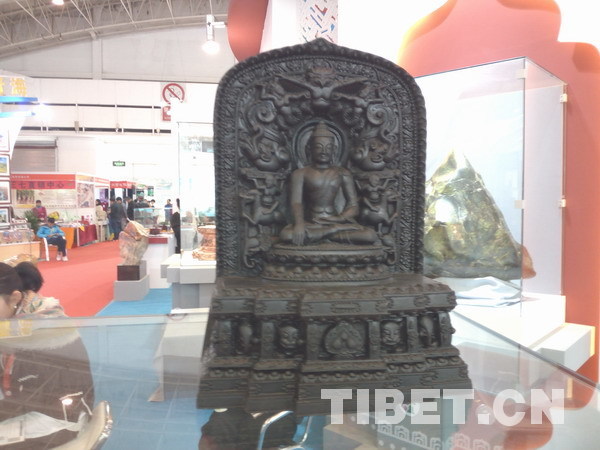 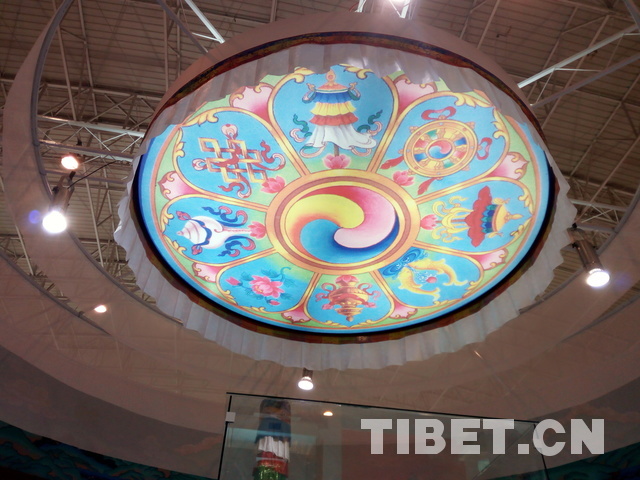 According to the sculptors, there are many Tibetan companies working on sculptures using black jade, plateau chrismatite, black Tibetan Jade, and Ngari jade, etc., in order to develop the traditional Tibetan handicraft of jade sculpting. The industry has developed to a certain extent so far.