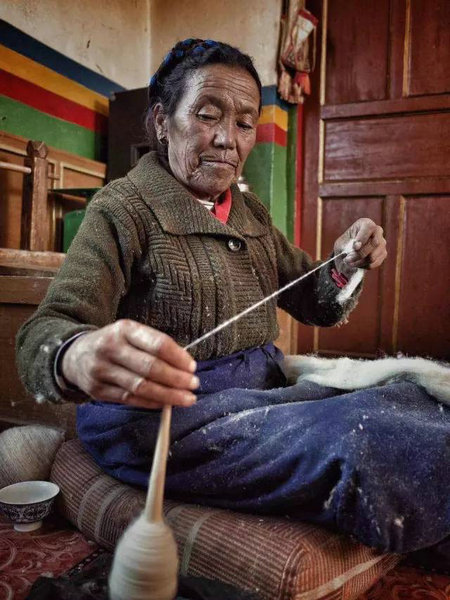 A group of ballerinas bear rainbow-like colors and have square-shaped heads. Inspired by the color of Tibetan women's colorful apron paang-den and their boots, the shoes are the new design from Tan Xue , designer Artplus of Artron's YQ Studio.

The flats belong to a series of creations, dubbed "Dolkar Rainbow". With another new series of designs titled "Tsangyang", both are the creations of Artplus' designers who combined traditional Tibetan weaving skills and modern design.

Artplus and their designers tried to revitalize the intangible cultural heritage, such as the Tibetan knitting skills, through connecting it with people's daily lives. Asides from creating a series of clothes and commodity based on the traditional Uygur embroidery, they have their new products inspired by Tibetan traditional cultural heritage.

With the support of the Ministry of Culture, Artplus is industrializing the intangible cultural heritage in Tibet.

"On the premise of retaining traditional skills, the new products are a further improvement of the fabric, which make them more suitable for modern life," said Xiang Zhaolun, deputy-minister of the Ministry of Culture.

He said such creation was not to change the style of paang-den, but to let people and even the international community know more about it through new designs.

"The new creation marks a nice start of the revitalization of intangible cultural heritage in Tibet. We need to do more study on how to combine the traditional culture and modern trends," said Chen Anying, professor from the Academy of Arts & Design of Tsinghua University. 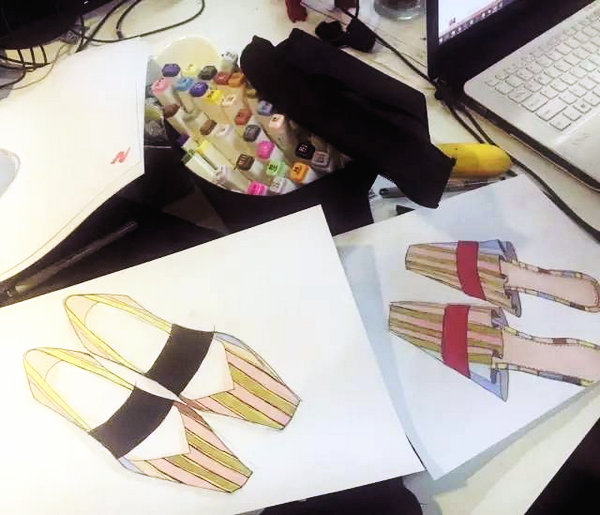