LHASA -- The world's highest expressway, running between the city of Nagchu and Lhasa, capital of Southwest China's Tibet autonomous region, went into operation on Saturday, with the opening of the final 227-km section between Nagchu and Yangbajain, according to the Ministry of Transport.

The Nagchu-Lhasa expressway, running 295 km with an average altitude of over 4,500 meters, is part of the expressway linking Beijing and Lhasa, and is the first highway connecting Lhasa and the grasslands of northern Tibet.

Photo taken on June 28, 2021 shows a section of the Nagchu-Lhasa expressway. The expressway went into operation on Saturday. [Photo/Chinanews.com]

Its operation will shorten the drive between Lhasa and the city of Nagchu to three hours from more than six. 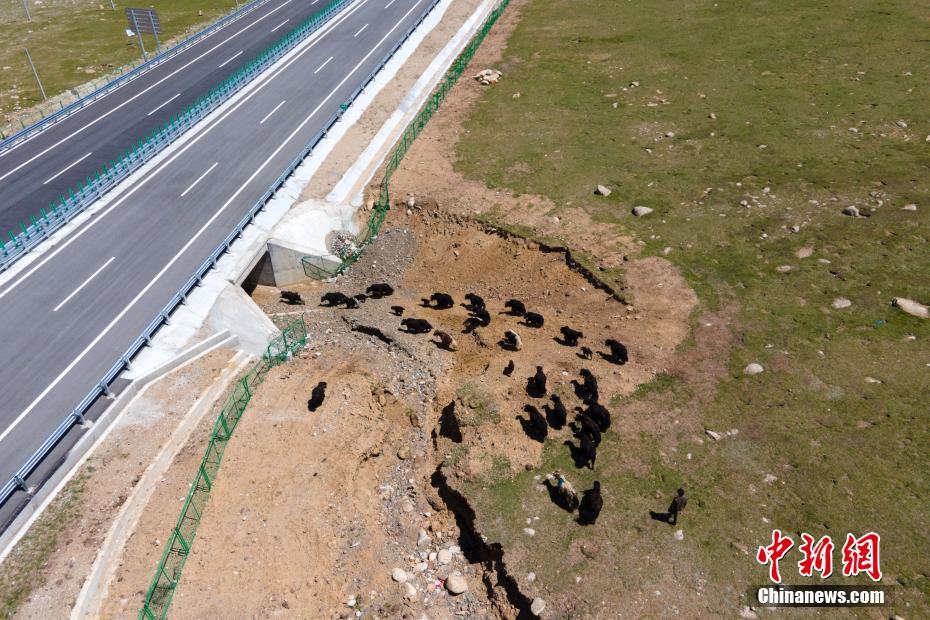 A herd of yak moves under the expressway on June 29, 2021. [Photo/Chinanews.com]

It will significantly enlarge the transport capacity and improve the level of security of the corridor connecting Tibet with Northwest China's Qinghai province, said an official with the ministry.

The Yangbajain-Lhasa section of the expressway opened to traffic in October 2020. 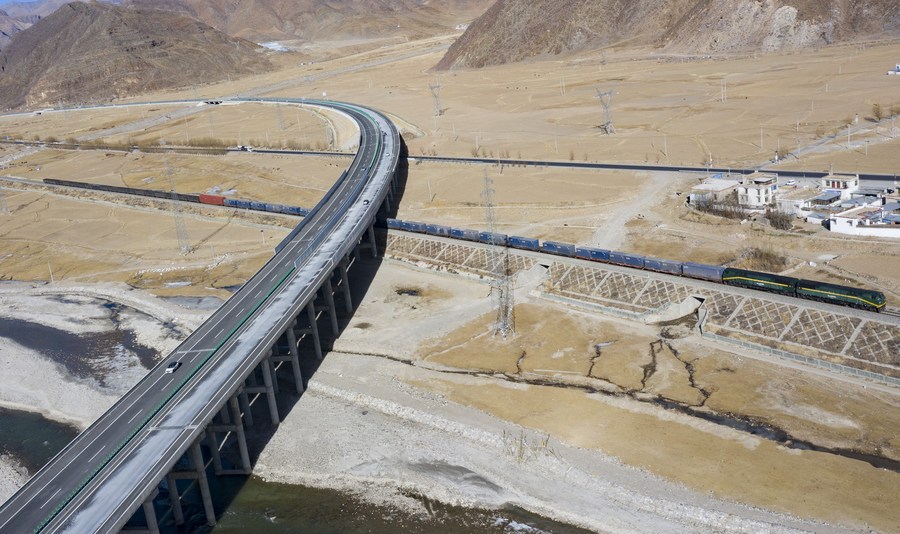 Aerial photo taken on Jan 28, 2021 shows a section of the Nagchu-Lhasa expressway and the Qinghai-Tibet railway crossing each other in Southwest China's Tibet autonomous region. [Photo/Xinhua]