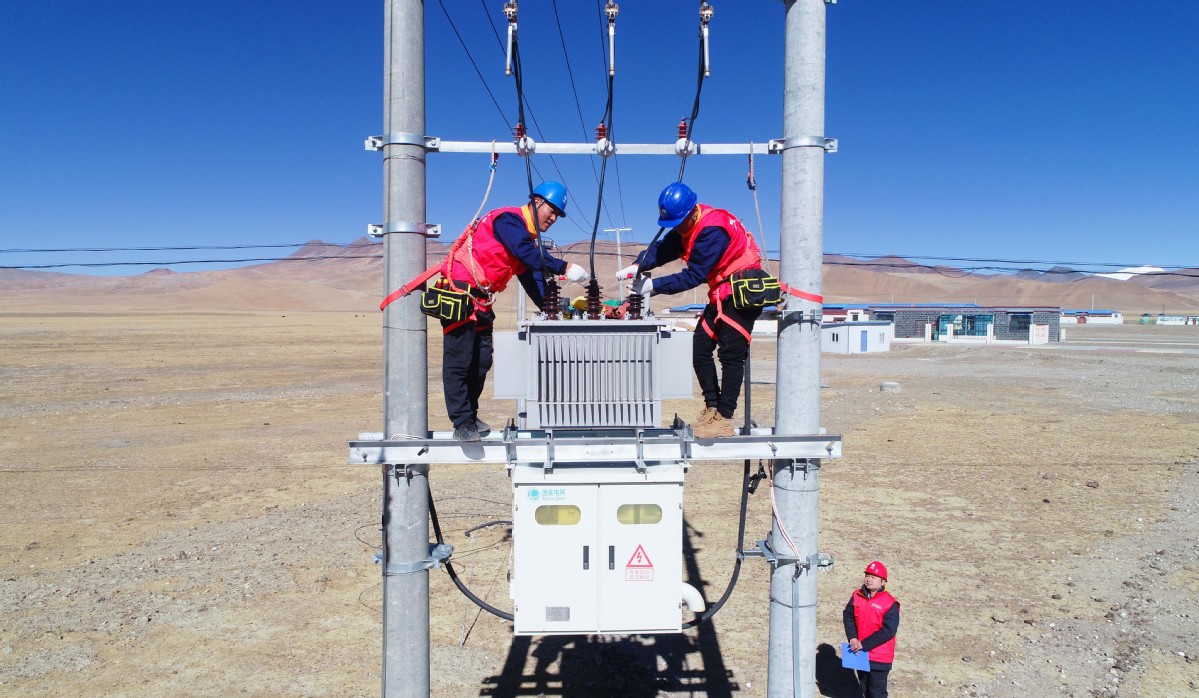 State Grid Corp of China, the world's largest utility, said it has ramped up investments in Southwest China's Tibet autonomous region and adjacent areas like Qinghai and Sichuan provinces during the last five years to help more local residents out of poverty through its unified power grid.

Tibet and nearby regions including Qinghai and Sichuan provinces have also made great efforts to foster and expand the use of clean energy. State Grid said clean energy accounted for nearly 90 percent of the electricity generated in the region, with installed capacity reaching 48.21 million kilowatts, up 62 percent from the level in 2015. The company said it has transmitted more than 110 billion kilowatt-hours of electricity translating into economic benefits in excess of 60 billion yuan.

The construction of the power grid program, especially in poverty-stricken areas in Tibet, has not only boosted power services, but also marked the beginning of an era of a unified power grid in the region, it said.

The main power grid in Tibet has covered 74 county-level areas, compared with five years ago when only 58 counties with 67 percent of the region's total population had access to main power grid by the end of the 12th Five-Year Plan period (2011-15).

Analysts said the company's efforts have helped reduce poverty and cleared the decks for clean energy supply to other regions.

"The grids have managed to improve access to electric power to around 100 percent of the population today from about 90 percent in the late 1980s, and today the nation has one of the most modern grid networks among the world's largest power consumers," he said.

The new challenge today for the grids, according to Jacobelli, is to upgrade and expand the networks so that they can better cater to the massive increase in clean power generation over the next three decades.

"Given the country's track record there is little doubt that this can be successfully achieved as well, but of course this is not going to be done overnight and there will be some bumps on the way," he said.

Wei Hanyang, a power market analyst at BloombergNEF, agreed. He said State Grid has been making continuous efforts to ensure power supply in the remote and underpopulated areas of China.

"Tibet has stronger grid connections with other provinces than before, and inside the region, the newly-built grid links for Ngari prefecture will help avoid massive blackouts," he said.

In 2020, the power grid project in Ngari prefecture, with a total investment of 7.4 billion yuan, was completed and put into operation, ending the region's isolation from the grid and effectively improved the local power supply.

The project was an extremely difficult one to execute due to the harsh construction environment, dangerous road conditions, poor logistics support and strict environmental protection requirements, the company said. The project, which connects 10 Tibetan counties, will ensure that the power grid of Ngari prefecture is not isolated from the rest of Tibet.

Wei believes State Grid is likely to resort to decentralized renewable energy for tackling access issues in even remoter areas in the future.

China launched a three-year plan in 2018 to upgrade power grids in the country's poverty-stricken areas and all the tasks were fulfilled by the end of June of last year, according to the National Energy Administration.