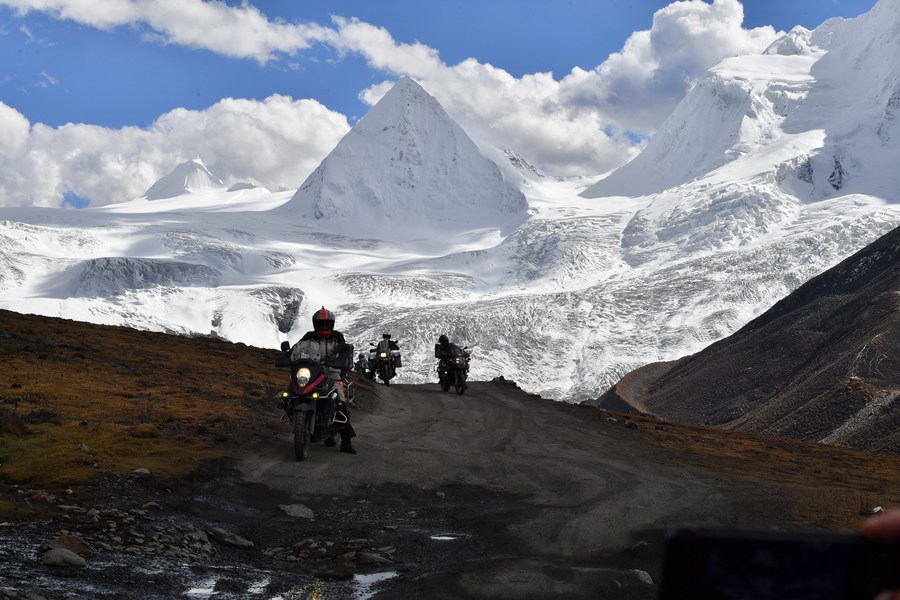 BEIJING, Dec. 13 (Xinhua) -- How did the Qinghai-Tibet Plateau grow to the top of the world? A new study led by Chinese researchers has found evidence to suggest the plateau rose to its current height more recently than previously thought.

According to the study published online earlier this week in the journal Science Advances, the central and southern Qinghai-Tibet Plateau rose to between 3,500 meters and 4,500 meters around 26 million to 21 million years ago. The findings challenge the widely held belief that the plateau reached a height of 4,600 meters as early as 40 million years ago.

Lead researcher Fang Xiaomin, from the Institute of Tibetan Plateau Research under the Chinese Academy of Sciences, said the results came from an analysis of fossil soils at the Lunpola Basin, "a prime location for determining the elevation history of the plateau."

Located in the central part of the Qinghai-Tibet Plateau, the basin is home to rich and well-preserved fossil soils, tropical plants and animals that can be used to analyze the uplift of the central and southern plateau, as well as the history of climate and environmental changes, Fang explained.

Fang told Xinhua that calibrating the elevation history of the Qinghai-Tibet Plateau is "research of enormous significance."

He said the plateau is the most typical intracontinental deformed and uplifted area on Earth, and it is also an area where volcanoes and earthquakes are very active. Understanding the evolution of the plateau's elevation is thus crucial to understanding its growth mechanisms and construction, as well as relevant geological disasters and landforms.

In addition, the results of the study can help us understand the influence of the plateau's elevation on regional and global climates, environments and biodiversity, said the researcher, whose team is set to study the link between the plateau's uplift and Asian monsoon evolution.