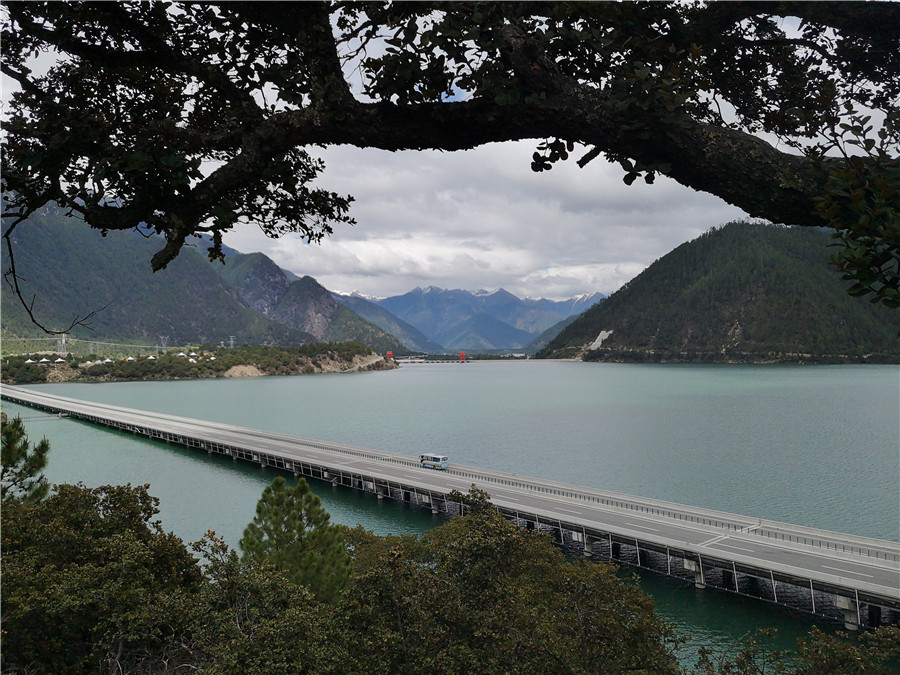 A section of a road in Tibet's northern Tsonyi county. [Photo by Jigme Wangtso/For China Daily]

Tibet has a huge amount of land, harsh natural environment and poor transportation conditions due to historical reasons. By the end of 2015, highways had not reached two townships and 230 administrative villages in the region, said Xu Wenqiang, director of the department.

The region has seen accelerated development in rural road construction and transportation in farming and pastoral areas in the last five years. Passenger transport network has also improved in Tibet, with 74 counties, 476 townships and 2,050 administrative villages accessible by buses, Xu added.

So far, 547,000 people have been employed in highway construction projects. Farmers and herdsmen have seen their income increase by 13.72 billion yuan (about $2 billion) in total, said Tashi Norbu, who works for the rural highway office of the regional transport department.