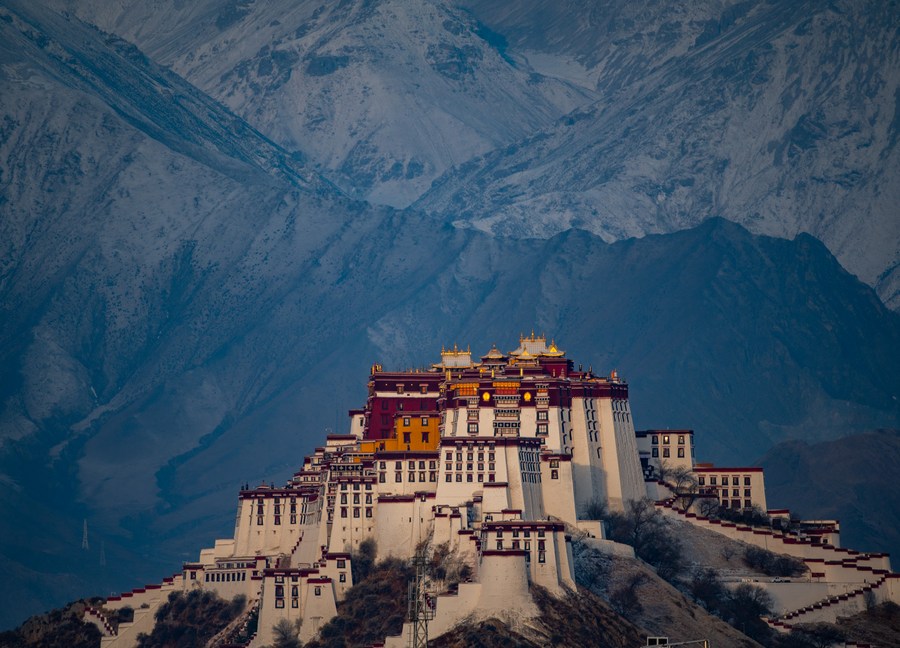 Achieving sustained stability and rapid development is the cornerstone of building a new modern socialist Tibet that is united, prosperous, culturally advanced, harmonious and beautiful.

The message is clear in this regard: The public should be widely mobilized to participate in the anti-separatist struggle, thus forging an ironclad shield to safeguarding stability.

Tibet-related issues concern China's sovereignty and territorial integrity, which involve the country's core interests. Some Western governments and politicians have long been inciting anti-China separatist activities, with the malicious intent of fanning up instability in the region and using Tibet as a bargaining chip for their political gain.

However, their attempts to play the "Tibet card" to contain China's development and sow seeds of instability have proved futile.

Speaking at the symposium, Xi noted that Tibet has made comprehensive progress and historic achievements in its various undertakings over the past five years.

Xi emphasized accelerated efforts to promote high-quality development in Tibet, adding that more work, measures and support are needed to consolidate the achievements made in poverty alleviation.

As one of the main grounds in China's nationwide campaign against poverty, Tibet has basically eradicated absolute poverty, after lifting the remaining 150,000 people out of poverty and taking 19 counties off the poverty list in 2019.

In view of the adverse natural conditions on the plateau and underdeveloped social conditions in Tibet, this is an extraordinary feat. It attests to the success of the Chinese model of development in the region.

Shining light on eco-protection, Xi said conserving the ecology of the Qinghai-Tibet Plateau is the most significant contribution to the survival and development of the Chinese nation, emphasizing that scientific research should be further advanced on the plateau.

Making ecological conservation a priority, Tibet has invested 11.7 billion yuan over the past decade under a project on environmental protection.

In May, a Chinese survey team reached the summit of Mount Qomolangma and remeasured the height of the world's highest peak, which straddles the China-Nepal border, with its northern part located in Tibet's Xigaze.

The event marked a crucial step in China's mission to survey the mountain, which scientists believe will enhance human knowledge of nature and help boost scientific advancement.

As the CPC's policies for governing Tibet in the new era are fully implemented, it will pave the way for a new modern socialist Tibet with enduring peace and stability and high-quality development.