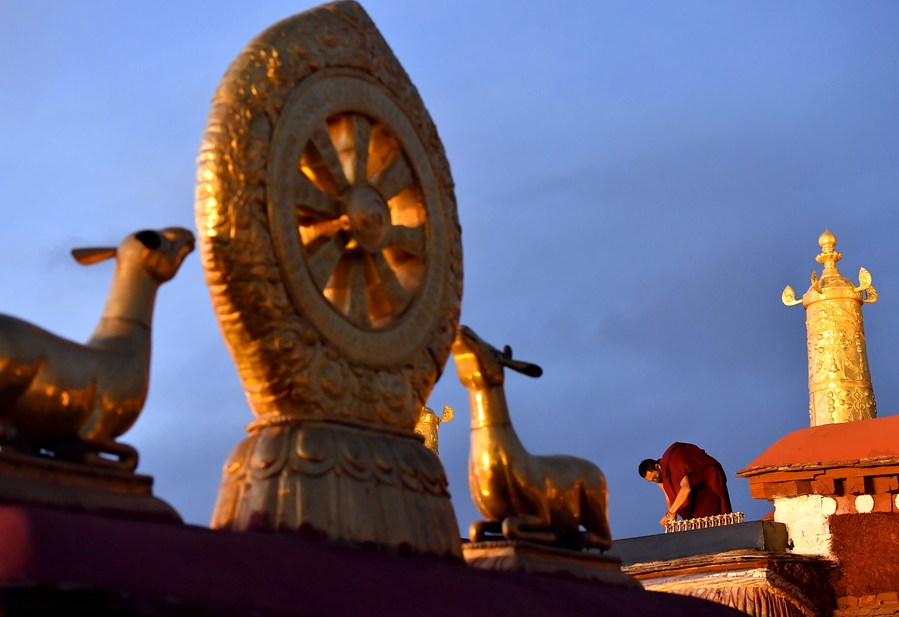 The Panchen Lama visited the major halls of the temple, paid homage, and presented hada to the statues of Buddhas.

He then led sutra chanting at the temple, praying for peace, prosperity and stability, before performing a head-touching ritual to bless the lamas.

On Monday afternoon, the Panchen Lama attended a symposium of the delegation to Tibet of the China Committee on Religion and Peace.

The Panchen Lama arrived in Lhasa, the regional capital, on July 31. During his stay in Tibet, the Panchen Lama will attend a series of religious and social activities.