Mountain guides transport supplies to a camp 7,028 meters above sea level, on the North Face of Qomolangma, on May 8. LHAGBA/XINHUA

Expedition to survey Qomolangma a landmark for Chinese ingenuity

China launched a campaign on April 30 to measure the height of Qomolangma, which is known in the West as Mount Everest. The mission, headed by the Ministry of Natural Resources, was conducted by the 1st Geodetic Surveying Brigade and members of the China Mountaineering Team and took nearly a month to complete. 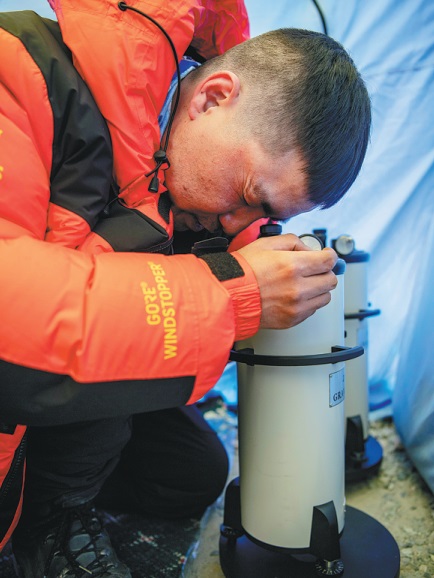 Kang Shengjun, a member of the 1st Geodetic Surveying Brigade, works with a gravity meter at base camp on May 3. PURBU ZHAXI/XINHUA

On May 6, a team of 30 surveyors and mountaineers started out from base camp on the mountain's north side in the Tibet autonomous region. Twenty-one days later eight of the mountaineers reached the summit and spent two hours conducting surveys and collecting materials. 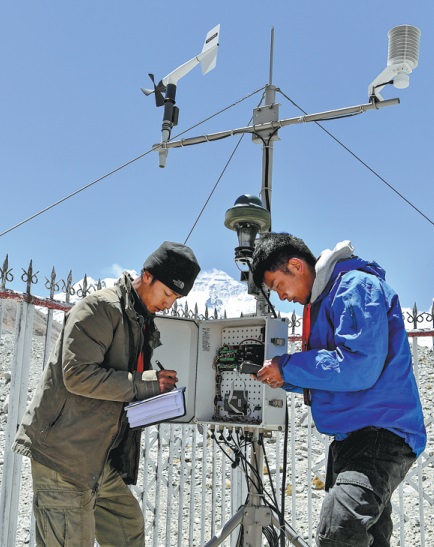 Workers from the Meteorological Department of the Tibet autonomous region collect meteorological data at a weather station at base camp on May 10. PURBU ZHAXI/XINHUA

The expedition witnessed a number of technical innovations including the use of the Beidou Navigation Satellite System and advanced domestic surveying and mapping instruments.

The ascent also set scientific and mountaineering records, among them a new world record for the highest gravity survey, which helped establish the precise height of Qomolangma, the world's highest mountain. 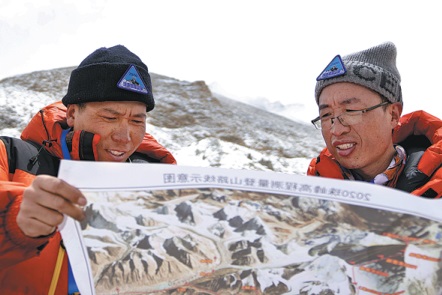 Xue Qiangqiang (left), a member of the expedition team, studies a map of Qomolangma with a teammate at the North Face Base Camp on May 2. PURBU ZHAXI/XINHUA