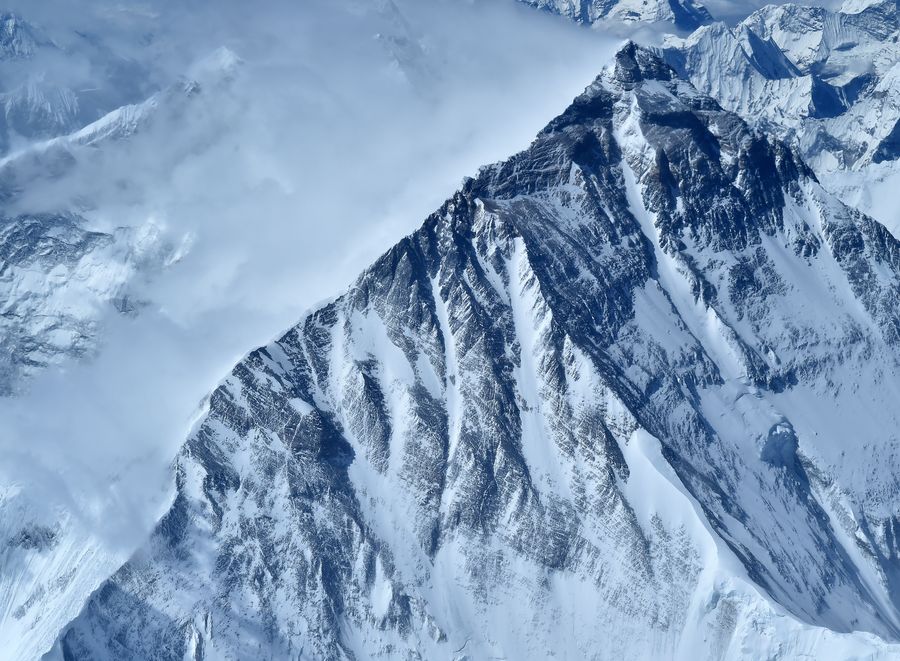 Mount Qomolangma, the world's highest peak, is seen in this aerial photo taken on May 14, 2020. [Photo/Xinhua]

LHASA - China announced on Tuesday that it has completed the first high-precision airborne gravity survey for Mount Qomolangma and its surrounding region as the aircraft of the mission safely returned to Lhasa, the capital of Tibet.

By bringing the complicated gravity survey instruments into the air, the survey will provide data for the region's geoid surface with centimeter-level accuracy, thus contributing to a more precise measurement of the height of the world's highest peak.

This is the first time China has conducted such a survey and it will fill the gap in relevant data, said Chen Bin, chief of the Mount Qomolangma airborne survey project.

An airborne remote-sensing measurement for the region is in progress and will provide decimeter-level three-dimensional outcomes for the region's topography.

The entire airborne survey is expected to be completed in early June if weather permits, according to Chen.

The aircraft for the gravity survey has been installed with world-class equipment, some of which were domestically-developed, he noted.

The airborne survey is part of China's ongoing mission to remeasure Mount Qomolangma, with the final height to be based on a variety of survey data, including data from a global navigation satellite system (GNSS) satellite survey.