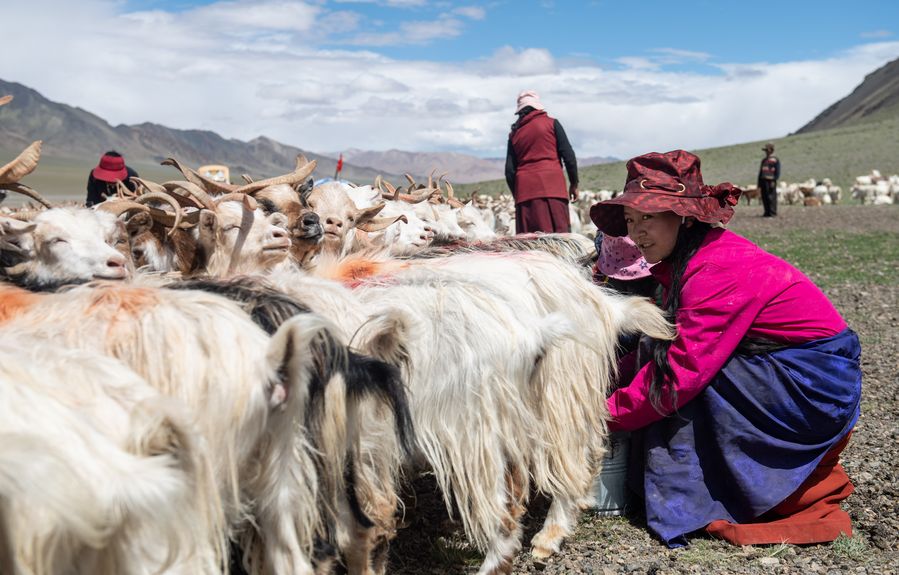 Measures are being taken to prevent people sliding back into poverty due to the novel coronavirus epidemic, a senior official said on Tuesday.

Su Guoxia, spokeswoman for the State Council Leading Group Office of Poverty Alleviation and Development, told a news conference that though the epidemic hasn't had a huge impact on these poverty-stricken areas, it's necessary to take measures to prevent people returning  to poverty due to the disease.

"We've realized that those people, who just shook off poverty or whose income is lingering over the threshold of the poverty standard, are vulnerable," she said. "Their incomes may sharply decrease while expenses soar because of unexpected incidents."

She said the office is making efforts to build up a mechanism to prevent these people from slipping into poverty due to an emergency or accident.

"We aim to get to know their real situation through village officials and inspectors and give targeted solutions based on their problems," she said. "For example, we give medical aid to those people who are trapped in poverty because of illness, or we can help people find jobs to let them have stable income as long as they have healthy bodies."

She said that the mechanism is in the pipeline and will play an important role in preventing people returning to poverty.