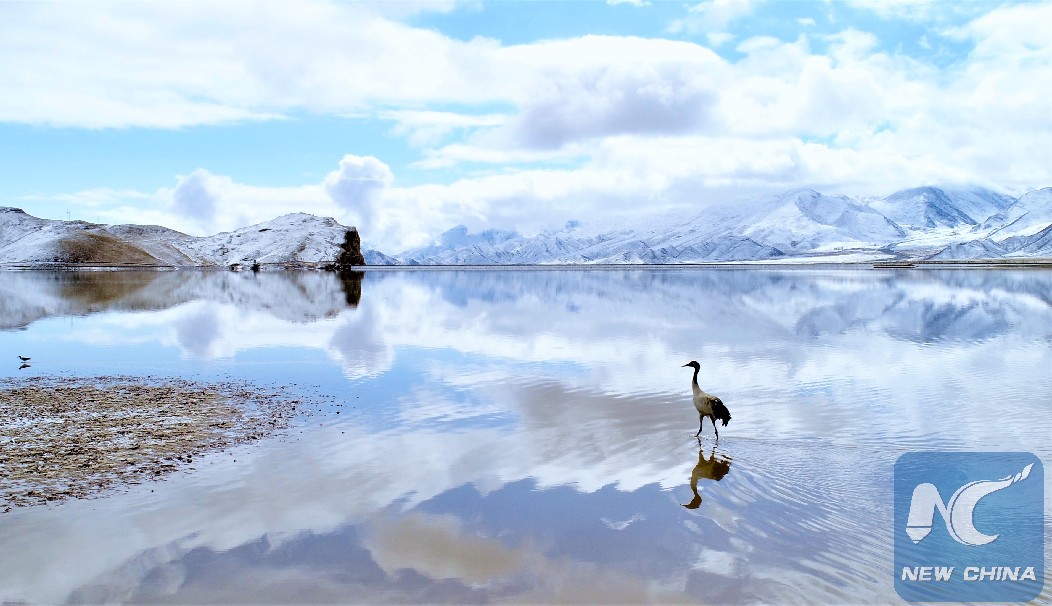 The population of a critically endangered crane has continued to increase in southwest China's Tibet Autonomous Region thanks to enhanced conservation efforts in recent years, an environmental protection official said Tuesday.

Black-necked cranes are native to the plateau regions of China, India, Bhutan and Nepal. They are among some 90 endangered species on China's top protection list, along with the giant panda and golden monkey.

The species is on the International Union for Conservation of Nature (IUCN) red list of threatened species, with less than 10,000 in the world.

Black-necked cranes are seen in a reservoir where they spend the winter season in Linzhou County of Lhasa City, capital of southwest China's Tibet Autonomous Region, in January of 2017. (Xinhua/Liu Dongjun)

Black-necked cranes are often seen in Tibet's river valleys and in the region's barley and wheat fields in winter. They migrate to northern Tibet between mid March and late April to reproduce in the lakeside marshes.

The nature reserves in the Yarlung Zangbo River valley, Serling Tso Lake, Lhalu wetland in the suburbs of Lhasa and in Lhundrup and Shantsa counties are all major habitats for black-necked cranes, he said.

Besides the rare birds, Jampel said Tibet has reported progress in its protection of 125 other endangered wild animal species and 39 wild plants. 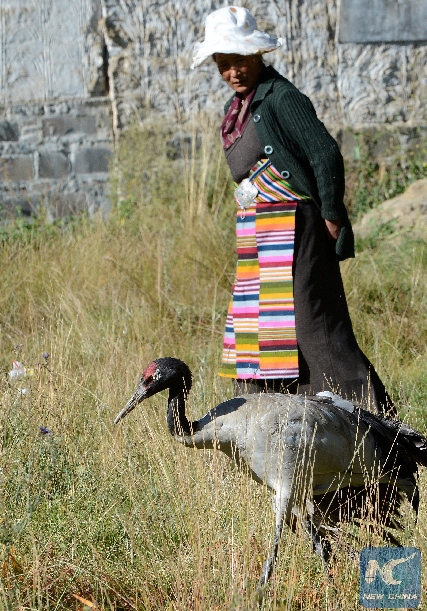 A black-necked crane, once wounded during migration, becomes a permanent resident at a temple near Xigaze, southwest China's Tibet Autonomous Region, Sept. 27, 2014. (Xinhua/Chogo)

Meanwhile, the region spent a total of 780 million yuan to preserve its natural forests, wetlands and wildlife, prevent forest fires, plant diseases and insect pests and promote clean energy in nomadic communities, according to the regional government.