On June 7th, the first day of college entrance exams, Tsering dressed himself up in a clean set of uniforms and arrived at the entrance to the Number One High School of Shigatse, Tibet under the assistance of Penpa Lotsong, a teacher from the Number One Middle School in Samdruptse District. Tsering is a senior from the liberal arts program of Shigatse No.1 High School. Unlike other students, he is blind from an accident from when he was 3-years-old. There are only two visually impaired students taking the college entrance exams this year, one in Shanxi Province and the other is Tsering in Tibet. 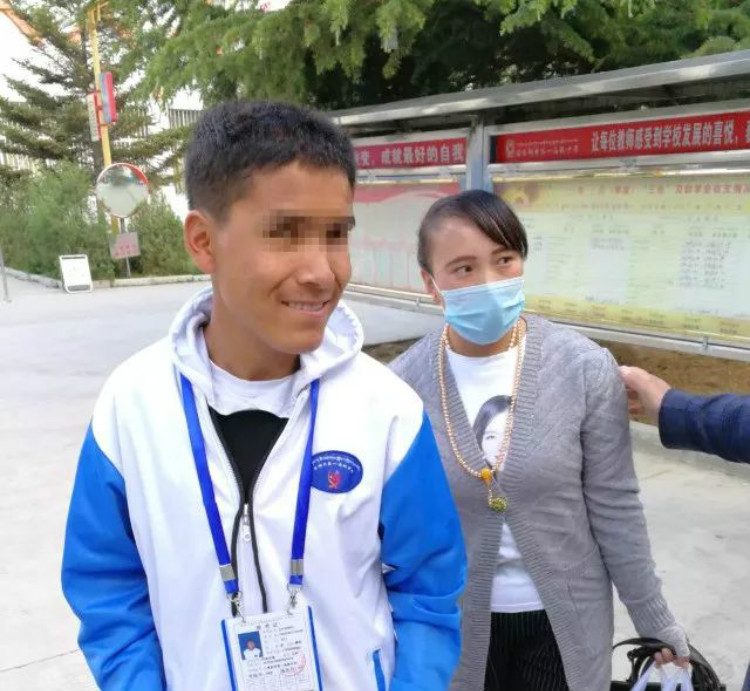 Tsering and his teacher Penpa Lotsong

The only student at a special Exam Site

Penbu Teshi is Tsering’s classmate and roommate. During the three years of high school, Penbu has taken on the responsibility of helping Tsering, such as picking him up, getting food from the cafeteria, laundry, as well as all errands. On the day before the exams, Penbu also helped Tsering with preparing things needed for the day. 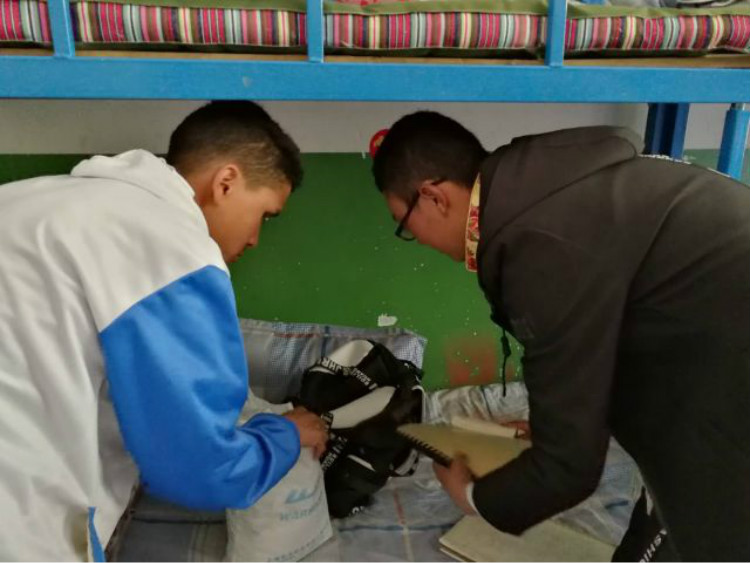 Penbu Teshi is helping Tsering with preparing things needed for the exams.

Penpa Lotsong is a teacher from Tsering’s days at the Number One Middle School in Samdruptse District and he was approved to look after Tsering during the exam period. Initially, Tseing’s test site was at Shigatse Number One High School l, but his condition got special attention from the central government, and the test site was moved to Shanghai Experimental High School of Shigatse because the latter had higher-resolution cameras. Once connected to the internet, the video could go straight to Beijing.

Tsering was the only student at test site “086” at Shanghai Experimental High School of Shigatse, so his student number was “01.” At this site, there were two Braille typewriters and a thick stack of Braille paper on top of four desks, which Tsering would use to complete his exams. To help Tsering sit more comfortably, the test site prepared a club chair for him. The test proctor told Tsering that he was authorized to read aloud the test questions if the Braille wasn’t clear, to which Tsering politely replied “thank you, teacher.”

To become a teacher after graduation

After the exam, Tsering told the reporter that he had to feel by hand 32 sheets of Braille, which was something he has not done before. Fortunately, he was given an extra half-hour in the Chinese, comprehensive literal arts, and English exams by the test proctor. 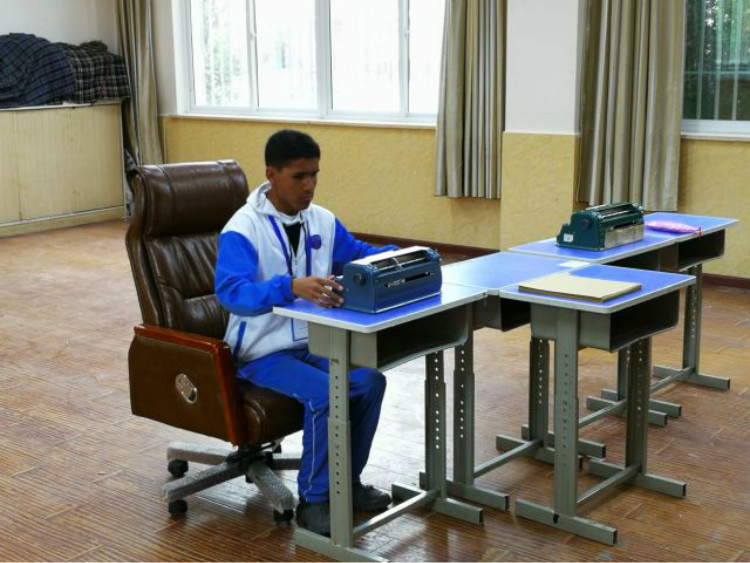 Tsering is taking the exam.

“I was taking the exams in an unfamiliar environment, and I didn’t really ask the proctor to read aloud the questions, so I feel like I did about 70% to 80% of my best.”

On the morning of June 9th, Tsering finished Tibetan, his last exam. When he was leaving the campus, he took photos with Penpa Lotsong and Penbu Teshi, two people who have taken the most care of him in the last six years. One is a teacher and one is like a brother. Tsering hopes to be accepted by the Tibetan department at Tibet University, and work as a Tibetan teacher when he graduates college.