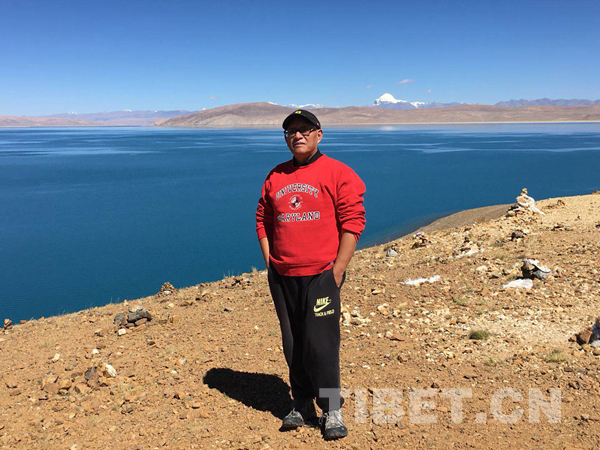 In September 2017, Zhou Wei, director of the Institute of Religion at the China Tibetology Research Center, conducted research in Ngari Prefecture.

A researcher in Tibetology recently said that the interpretations of Tibetan Buddhism must not only be confined to publications, but also should be spread to monasteries and Buddhist institutions so that religious followers can absorb the latest research findings.

Zhou Wei, director of the Institute of Religion at the China Tibetology Research Center made the above remark during an interview with China Tibet Online while talking about the successful practice of religious work in Tibet.

In September 2017, Zhou Wei, director of the Institute of Religion at the China Tibetology Research Center conducted research in Gyirong County, Shigatse Prefecture.

Zhou Wei cited his own findings from conducting research in Tibet. “In Tibet, some tulkus discuss parts of scripture that relate to social harmony and healthy civilization while giving lectures to the common people, which has brought great changes to the common’s lives. In the past, bicycles were often stolen in several suburbs outside of Shigatse. Later, it was discovered that thefts would not take place where certain tulkus were giving lectures. This is one of the effects of corresponding Buddhist teachings with social development. These tulkus have truly integrated the teachings of Tibetan Buddhism with local conditions. They have also taught many new concepts, which common people are especially eager to hear and willing to follow.”

“In fact, Tsongkhapa (1357-1419, founder of the Gelug sect of Tibetan Buddhism and Buddhist philosopher), while spreading Buddhism paid special attention to new ideas, such as putting the concept of the precepts and Tibetan social conditions of the era in conjunction with real issues. Therefore, interpretations of the doctrine should not be confined to publications. It is necessary to explore the contents of the scriptures that are compatible with social development and to guide representatives of the religious community, tulkus and high monks, so that they can lead religious people through their lectures.” Zhou added.

Zhou Wei believes that there is nothing wrong with pure Buddhist teachings, but it would be much better to combine religious doctrines with new ideas in order to solve the problems and confusions facing the public. By doing that, religious development can be more healthy and contribute more to social harmony.