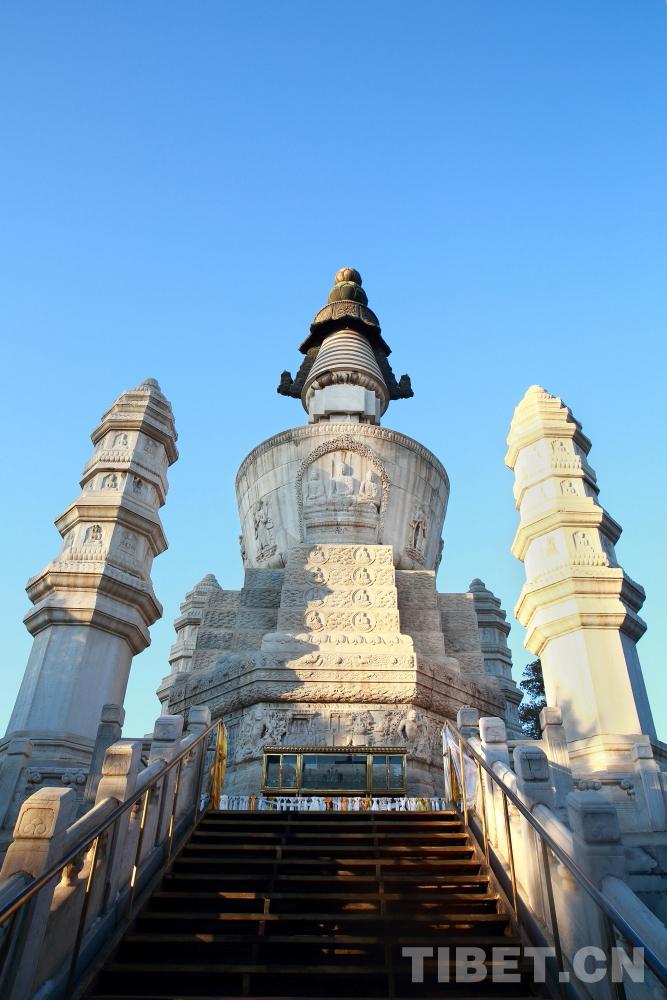 The Qingjinghua Stupa at Xihuang Temple.

The college is responsible for organizing various Buddhist training courses, including degree programs for advanced title (three-year program) and intermediate title (two-year program).The main subjects are Buddhism, public knowledge and culture. Instructors at the college are all scholars well versed in Tibetan Buddhism who have achievements and experience with lecturing, debating and writing about Tibetan Buddhism. The teachers for public and basic courses are all experts and scholars from various colleges and research institutions. 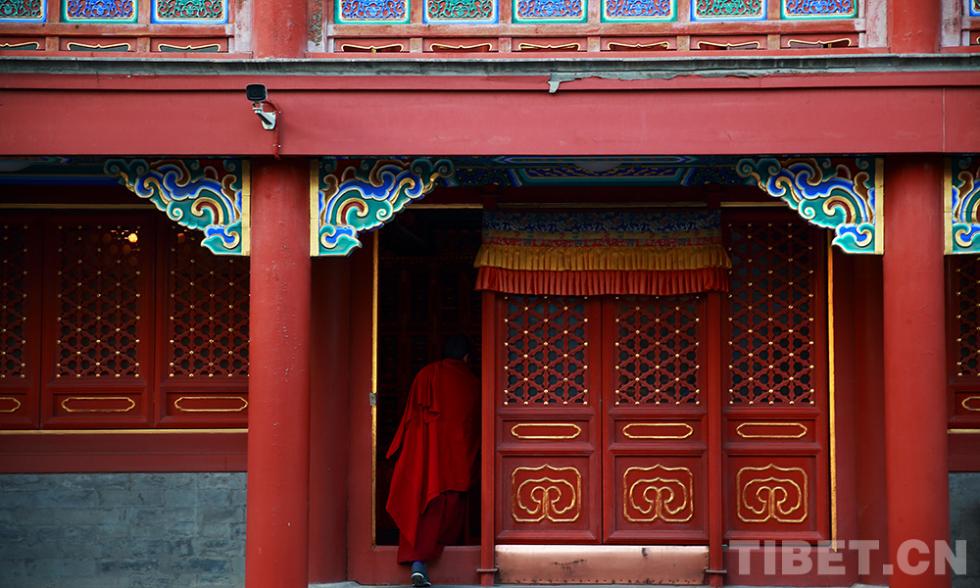 The scripture depository at Xihuang Temple. 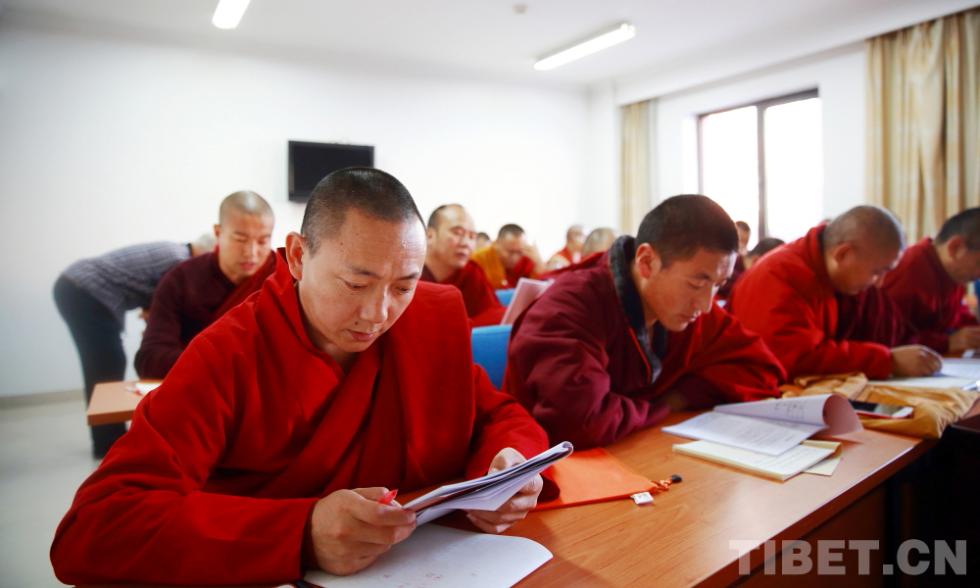 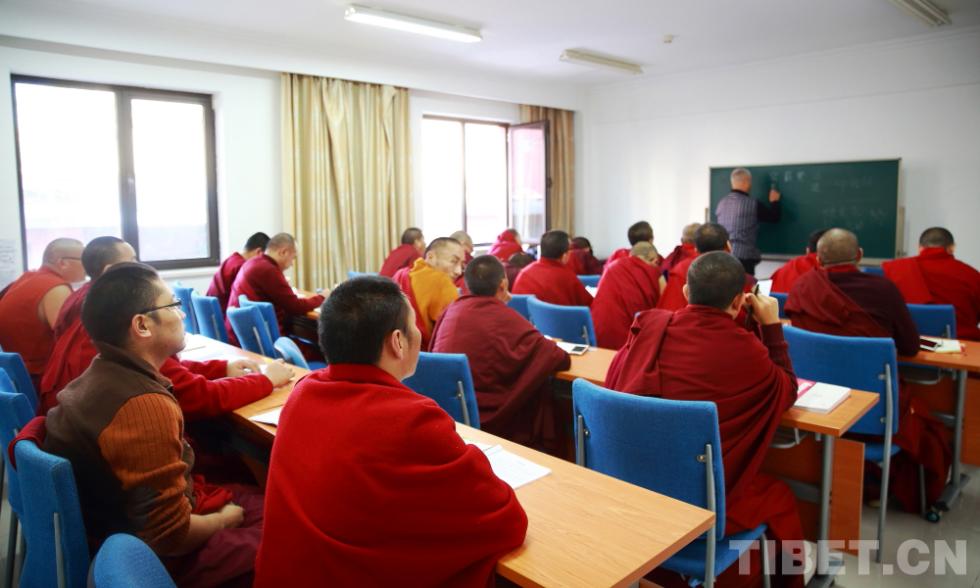 Degree programs for advanced title mainly recruit monks who have studied the first four of the five major theories of Tibetan Buddhism at their respective monasteries. The advanced title is called tog-rimpa in Tibetan. Degree programs for intermediate title mainly take in students who have already studied the first two of the five major theories, and the intermediate title is called ching-rimpa in Tibetan. Both programs use a combination of traditional Tibetan debating examination and modern thesis dissertation methods. The examination and dissertation defense committees are composed of highly knowledgeable high monks. 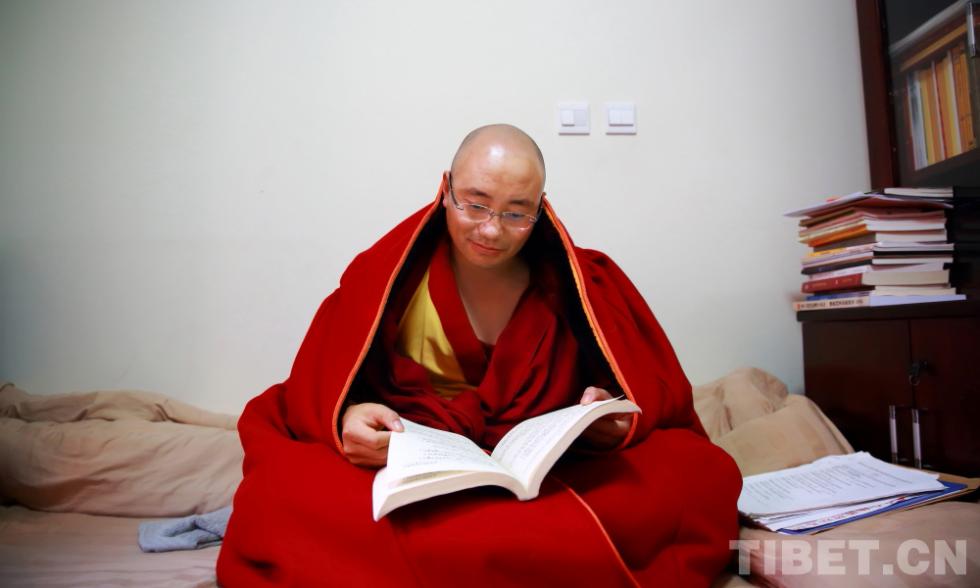 Monks meditate and study in their dormitories during rest hours after class. 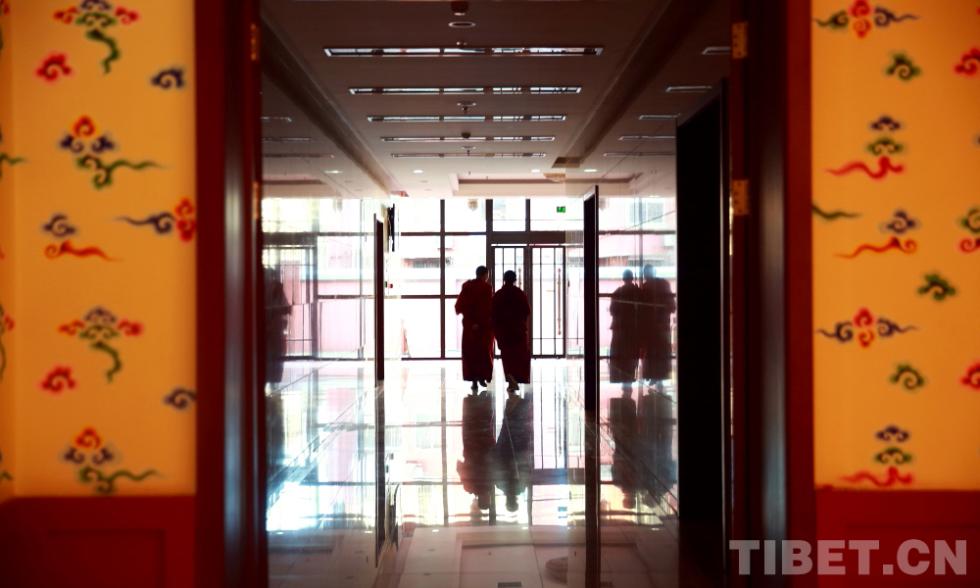 Monks return to their dormitories after class.