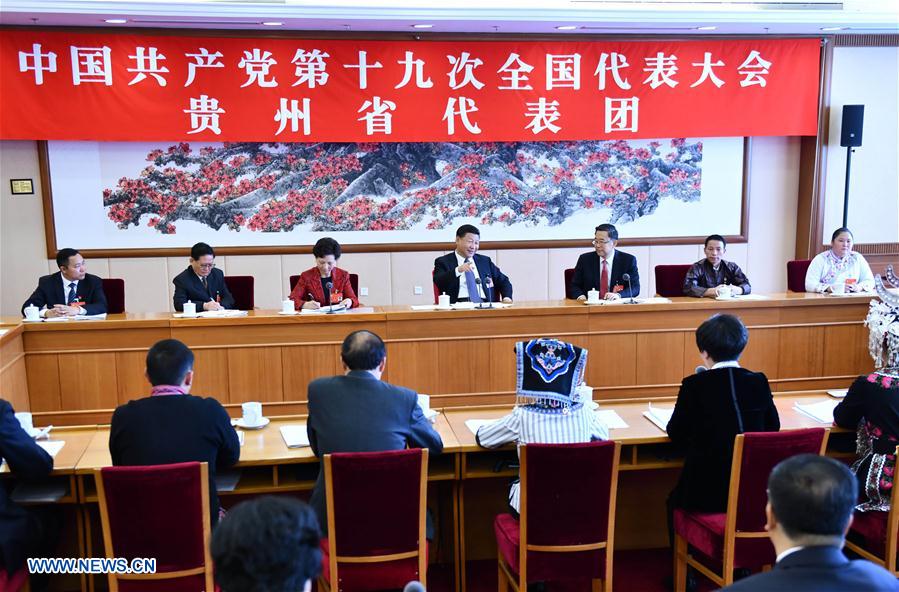 Xi Jinping (C rear) speaks during a panel discussion with delegates from Guizhou Province who attend the 19th National Congress of the Communist Party of China (CPC) held in Beijing, capital of China, Oct. 19, 2017. [Photo/inhua]

BEIJING, Oct. 19 (Xinhua) -- Xi Jinping on Thursday called on members of the Communist Party of China (CPC) and people of all ethnic groups in the country to advance socialism with Chinese characteristics for a new era.

Xi made the remarks during a panel discussion with delegates from Guizhou Province who are here to attend the CPC's 19th National Congress.

Commending Guizhou's development over the past five years, Xi said socialism with Chinese characteristics has now entered a "new era."

He said this is a "major political assessment" as well as a "strategic reflection that affects the whole landscape."

"The evolution of the principal contradiction facing Chinese society represents a historic shift that affects the whole landscape," Xi said, echoing a report he made at the opening session of the Party congress when he spoke of "the contradiction between unbalanced and inadequate development and the people's ever-growing needs for a better life."

Xi told delegates from Guizhou that efforts must be made to address unbalanced and inadequate development and meet people's ever-growing needs for a better life.

He went on to highlight strict Party governance, saying it is the fundamental guarantee for the great rejuvenation of the Chinese nation.

Party organizations at different levels and all CPC members and officials must uphold the authority of the Central Committee and its centralized, unified leadership, he said.

Xi also instructed authorities to organize education and training programs on the guiding principles of the 19th CPC National Congress after its conclusion. 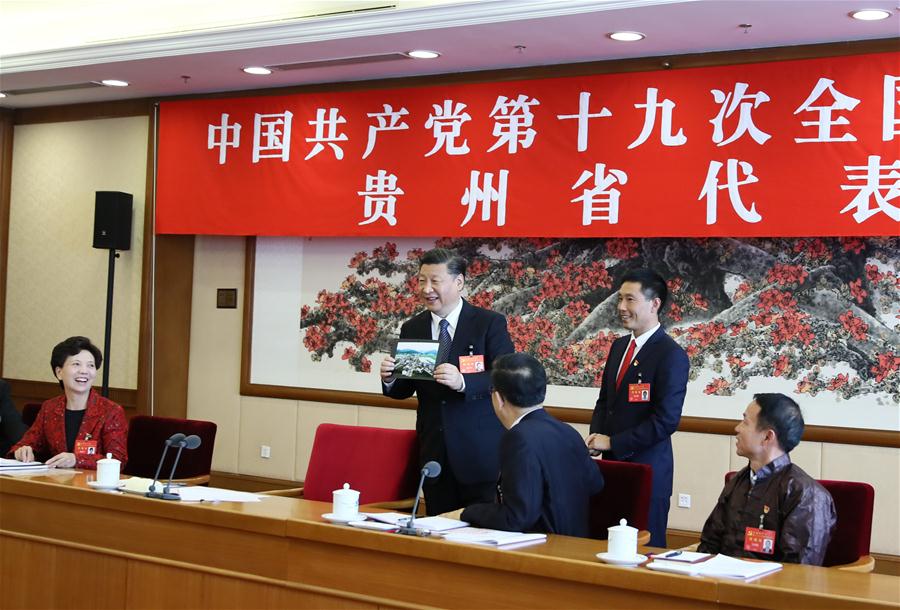 Xi Jinping praises a photo for the beautiful scenery of Huamao Village in Guizhou Province when receiving it from Pan Kegang, Party secretary of the village, during a panel discussion with delegates from Guizhou at the 19th National Congress of the Communist Party of China in Beijing, Oct. 19, 2017. [Photo/Xinhua]