On March 13, in the Snow Leopard Hall of the Qinghai-Tibet Plateau Wildlife Park, accompanied by “Aoxue” (left), 21-year-old “Da Bao” (right) was enjoying the warm spring sun. Deputy director Qi Xinzhang said that for the physical and mental health of the snow leopards, in 2017, the zoo tried to raise the young female Aoxue and the older male Da Bao in a cage with scientific and rational technology. They found that Da Bao accompanied Aoxue, showed a significant increase of activity.

It is reported that Da Bao was born in 2000 and will be 21 years old this year (equivalent to 105 years old for humans), breaking the life limit for snow leopards and having stable body indicators. 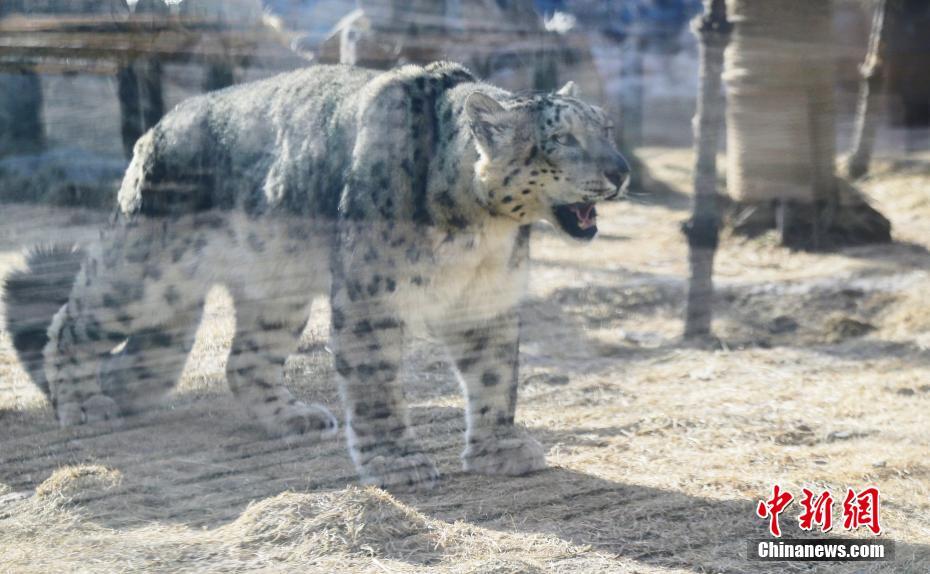 On March 13, 21-year-old Da Bao was having a walk in the Snow Leopard Hall at the Qinghai-Tibet Plateau Wildlife Park.