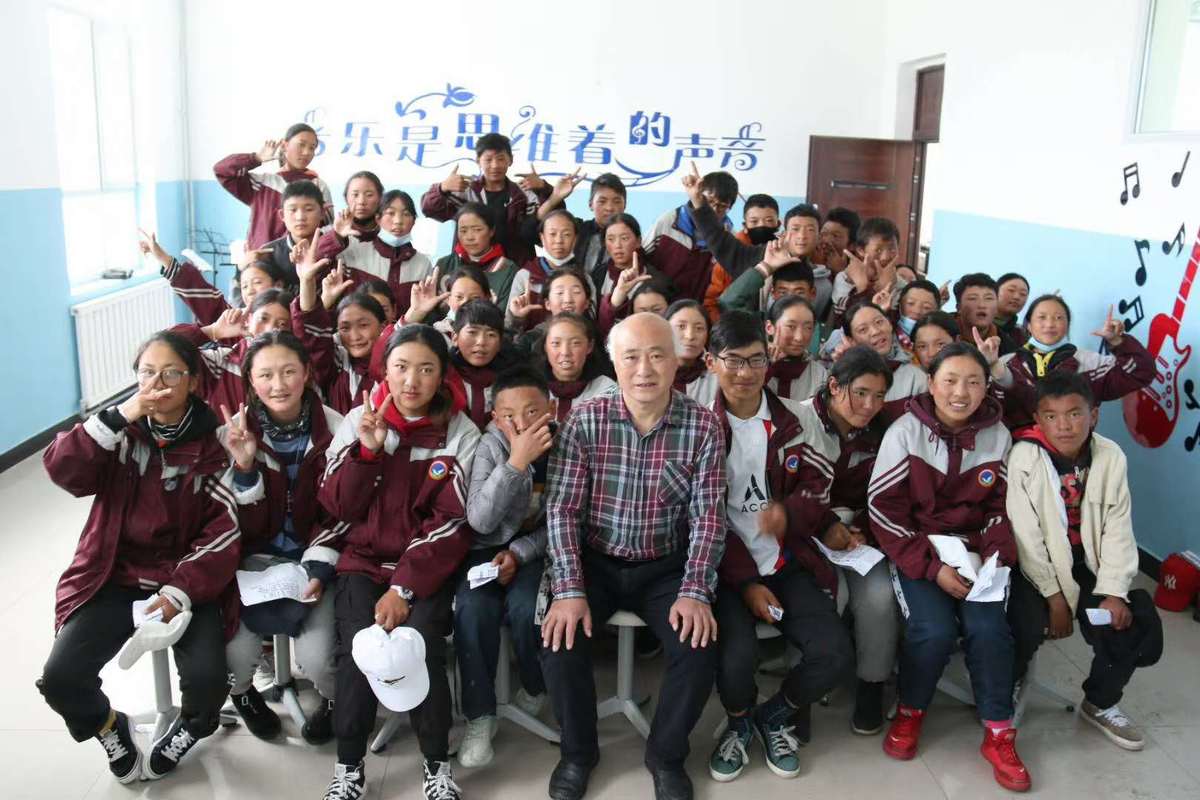 Only a year after receiving their first music lessons, 16 teenagers from the Qinghai-Tibet Plateau gave their first concert at a theater in Shanghai recently.

During the 90-minute performance on Nov 21, the students danced, played the piano and traditional musical instruments, and sang in both Mandarin and Tibetan.

For the performers from Jiuzhi county in the Guoluo Tibetan autonomous prefecture, Qinghai province, traveling to Shanghai was also the first time they had been on a plane.

Many audience members praised the performance, with one saying he was immediately transported to the plateau when the teenagers started singing in their simple style.

Much of the credit for the students' accomplishments can be given to their teacher, Zhao Xingzhou, who has helped his charges tune into their musical talents.

"Teacher Zhao planted the seed of music in our hearts and I hope I can continue singing and perhaps one day become a professional singer," said Tenzin Kunsang, 13, who played the piano and sang at the concert.

She said she has always loved to sing, but was unaware of music theory and technique until Zhao came to the school.

Zhao, who was assigned from Shanghai to Jiuzhi county to support local education, said it was a great opportunity to show the students that music can lead them from their remote mountain homes to a wider world.

"More importantly, I hope that music can continue to broaden their minds and shape their characters," said Zhao, 59. "When they encounter frustration and failure in the future, music will offer them comfort," he added. 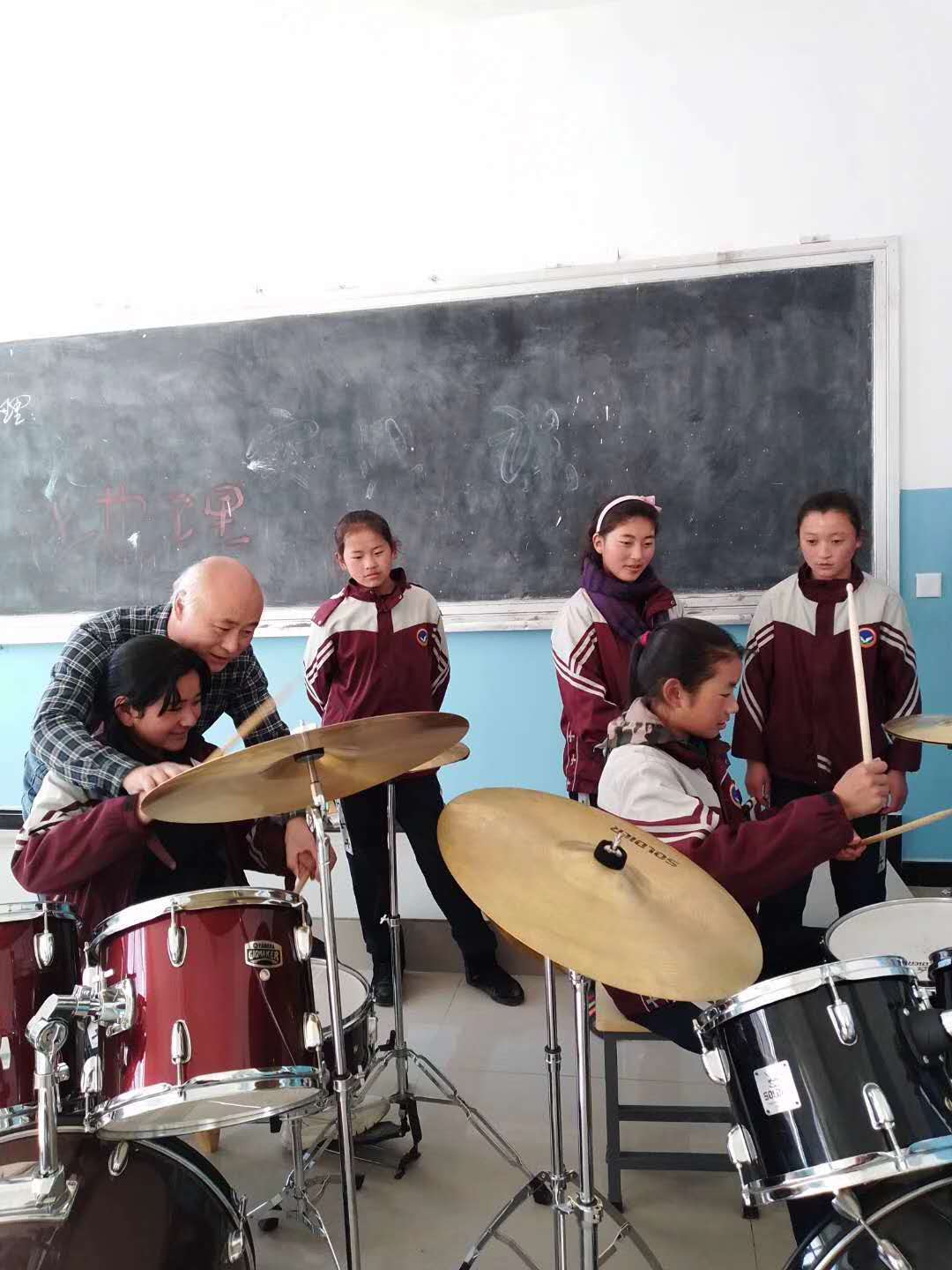 Zhao was born in Bei'an, Heilongjiang province, and taught chemistry at a village school and biology at Shanghai Yangliu Junior Middle School in Jiading district before taking up the Qinghai post. An amateur musician from a young age, he has always taught music classes in his spare time.

When he arrived at the Jiuzhi school last September, his own dream of becoming a full-time music teacher could be realized. It was the first time the students had had a music teacher.

"I remember when I first taught them to sing a song, they were reading the lyrics rather than singing," he said.

However, after four classes many of the children were able to master tempo and basic knowledge of scales. "The Tibetan children's talents for singing and dancing were aroused," he said.

When other local schools learned about Zhao, he was invited by them to give singing lessons and teach students how to play musical instruments. The demand was great, and Zhao's schedule was so tight he gave lessons in his lunch breaks and on the weekends.

In May, he was invited by the local education bureau to train 60 part-time music teachers in the prefecture.

Due to his efforts over the past 12 months, many of the students have learned basic music theory and how to read sheet music.

Zhao said he took the children to Shanghai for the performance to offer them encouragement and get their raw talents exposed to a wider audience.

"The children's voices are like rough stones and beautiful jade. It would be a pity if they were not spread to a farther place," he said.

"Also, many of them spend most of their time herding when they are not studying. I hope music will ignite their passion for knowledge and to seek a broader world and perhaps make a new life plan."

Zhao will retire at the end of this year, but he hopes the children's enthusiasm for music and life will not wane.

Shanghai's Jiading education bureau and the district musicians' association have developed a plan to continue the music classes for the children after Zhao's retirement.

Zhang Xiaolu, an associate professor of orchestral music at the Shanghai Conservatory of Music, said he and his team also wanted to get involved in the project.

"We plan to give teacher training online first to improve local teachers' skill levels," Zhang said. "We'll offer music classes to the students through the internet and the presence of trained teachers in the classrooms will better help children comprehend what we teach."