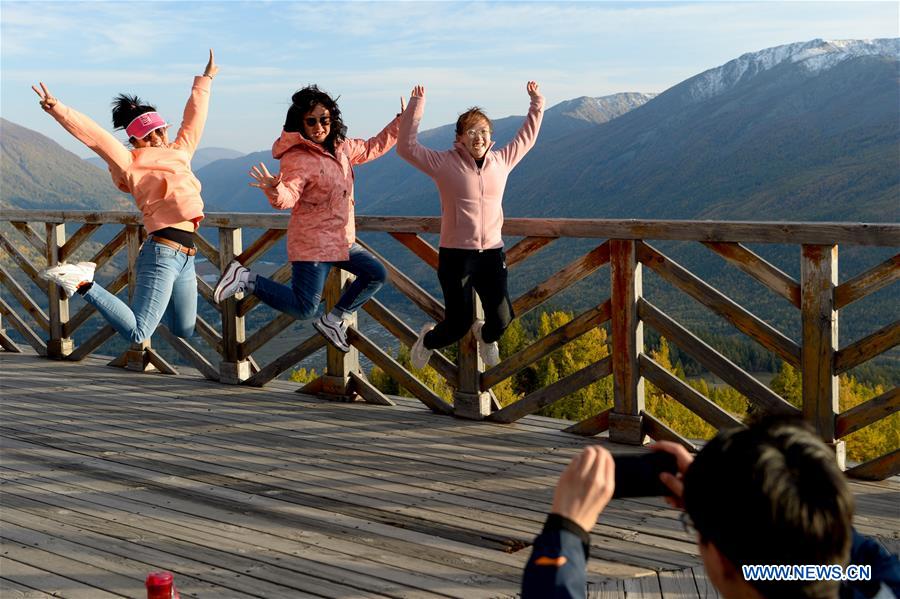 China celebrates its National Day on Oct 1 every year. This year the Mid-Autumn Festival falls on the same day, overlapping with the weeklong National Day holiday that extends to Oct 8, totaling eight days.

Tourist attractions nationwide are expected to welcome a peak season during the holiday, which will create favorable conditions for the industry to recover from the COVID-19 pandemic, said Shan Gangxin, deputy director of the Department of Resource Development at the Ministry of Culture and Tourism.

The travel rush also will pose new challenges for tourist attractions' epidemic prevention and control efforts, and they should continue to implement an online booking system to make sure tourists travel at staggered time slots, he said.

At popular tourist attractions, timely travel alerts should be issued and staff should work with other government departments to divert passenger flow and prevent a large gathering of people, he said.

Li Jian, deputy director of the ministry's Department of Market Regulation, said almost 30,000 travel agencies have resumed operation as of mid-September, accounting for more than 75 percent of all travel agencies in the country.

As the ministry has gradually allowed travel agencies and online tourism companies to resume trans-provincial group tours since July 14, by mid-September the number of group tours reached about 40 percent as during the same period last year, Li said.

By mid-September, 91 percent of hotels ranked by stars in the country have resumed business, and orders at online travel companies have reached about 40 percent as during the same period last year, he added.

Shan said the number of tourists at the country's A-level tourist attractions in the third quarter is expected to reach about 70 percent as during the same period last year.

The number of tourists and total income of rural tourism in July and August have recovered to more than 90 percent as during the same period in previous years, he said.

The ministry has recommended 300 quality rural tourism routes ahead of the upcoming National Day holiday, featuring road trips, sightseeing and homestays, he added.