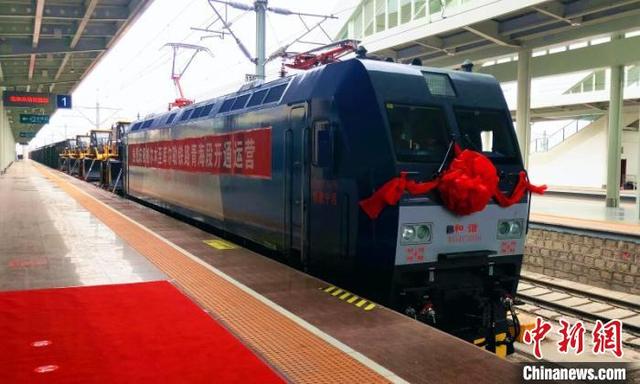 With a design speed of 120 kilometers per hour, the section of the rail route stretched 505.6 kilometers in Qinghai and has 15 stations, the company said on Tuesday, adding it will launch one pair of passenger trains and two pairs of freight trains per day.

The construction of the Qinghai section, which involved the participation of more than 15,000 personnel, kicked off in 2014 in the western part of Qinghai, where windy and sandy weather, as well as intricate natural environment, bring tremendous difficulties.

The 1,213.7-kilometer Golmud-Korla rail line is expected to be put into operation by the end of the year.

As the third rail artery linking Xinjiang with neighboring provinces, the line will cut travel time between the two places from 26 hours to 12 hours.

The rail line will further improve the railway network in western parts of China, which will be of great significance to help local residents eradicate poverty and promote personnel exchanges and economic and trade exchanges.