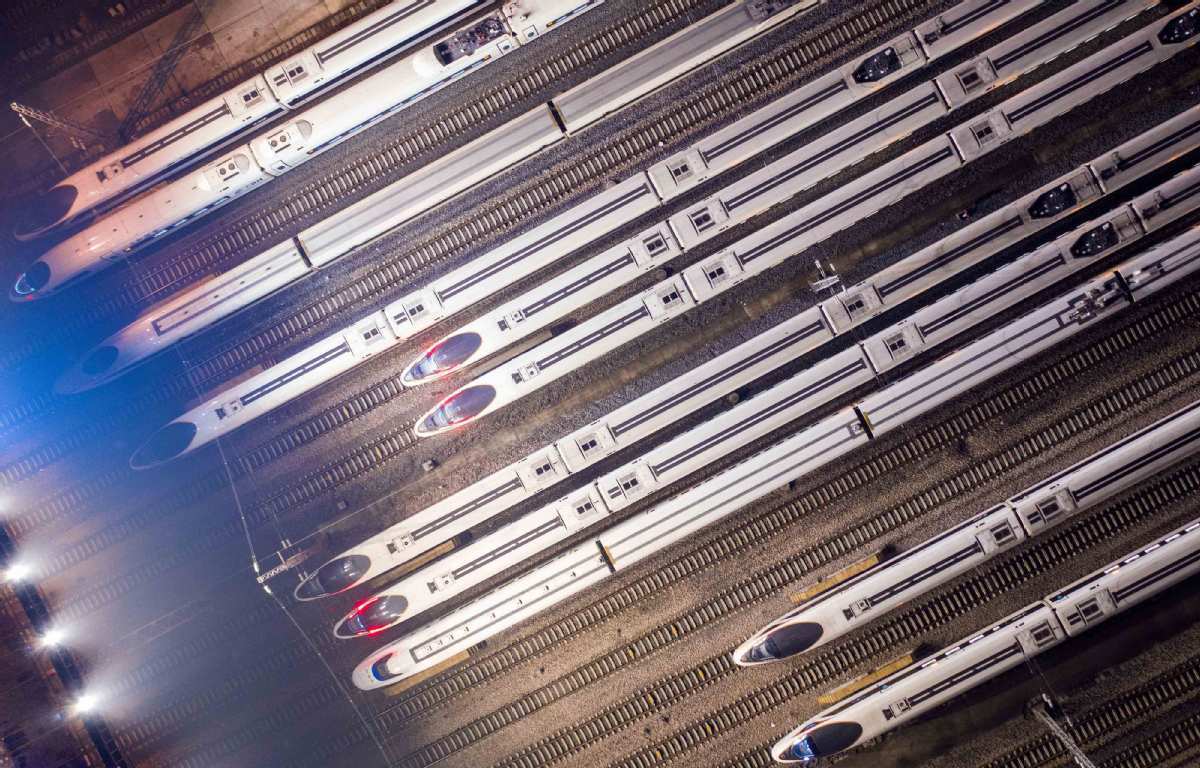 A new railway operating plan will be implemented starting July 1, which will boost China's passenger transport capacity, according to China's railway operator on Thursday.

Among the newly-added passenger train services, a total of 60.5 pairs of passenger trains will operate on the high-speed line in East China linking Hefei, Anhui province with Hangzhou, Zhejiang province, the company said.

The rail route connecting Nantong, East China's Jiangsu province, with the country's economic hub Shanghai will launch 46 pairs of passenger trains, as well as six pairs of cargo trains, it said. That line is expected to improve connectivity between northern Jiangsu and Shanghai.

The railway in Northwest China from Golmud in Qinghai province to Korla city in Xinjiang Uygur autonomous region, which will facilitate poverty alleviation in the northwestern region, will see one pair of passenger trains and two pairs of cargo train running on the line each day, it said.

The railway operator also said it will add more passenger trains and adjust its railway operating plan on a daily basis to fully meet the public's traveling needs during the two-month summer vacation travel season, which will start on July 1 and end on Aug 31.

The country's railway freight capacity also will be strengthened, with 20,096 freight trains operated per day, in an effort to provide better logistics services for international economic and trade cooperation and enterprises to resume production, it said.