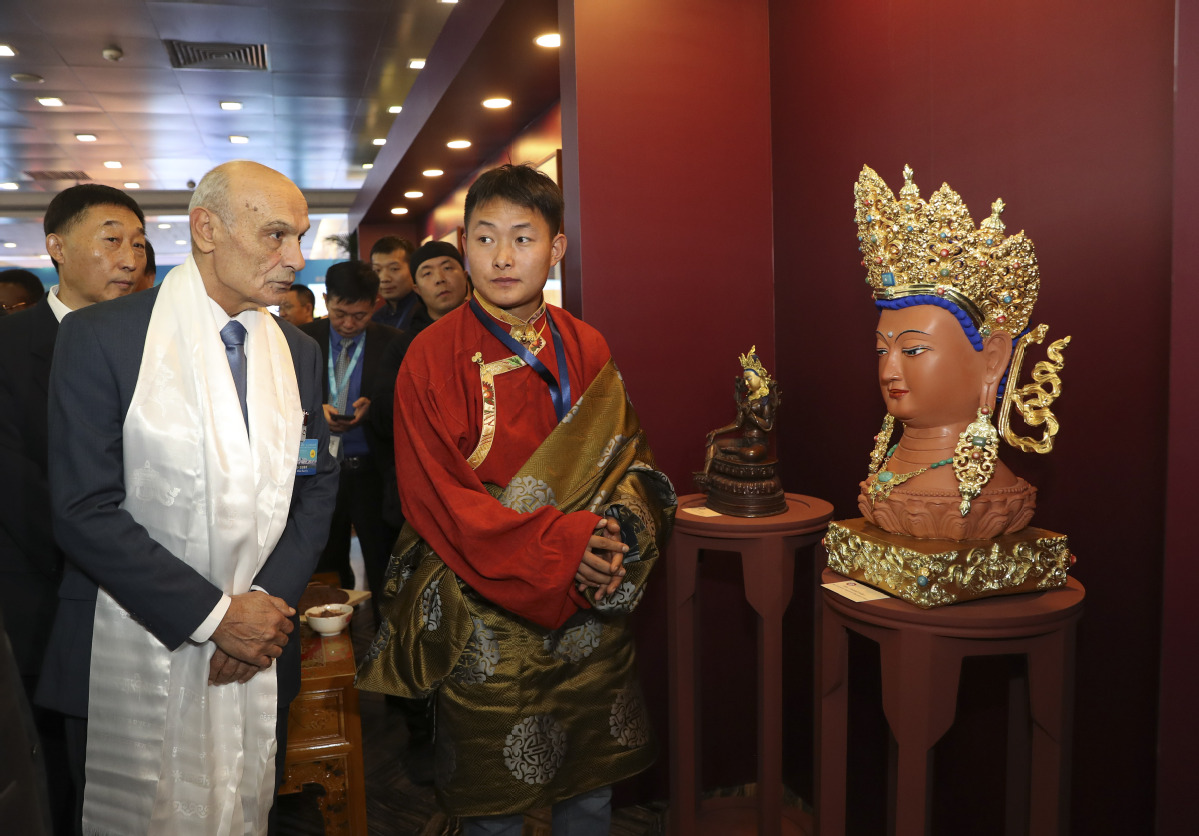 An event sponsored by the Ministry of Foreign Affairs to promote Northwest China's Qinghai province was held in Beijing on Tuesday afternoon, with guests from 140 countries and international institutions in attendance.

State Councilor and Foreign Minister Wang Yi addressed the gathering, saying that Qinghai, a province in an area known as the "Roof of the World", is one of the places closest to the sky, and a pristine land where man and nature co-exist in harmony.

"A success story is now unfolding in Qinghai about the interactive development between ecological environment and sustainable growth," he said.

He highly recommend that all the foreign guests visit Qinghai to see and experience the province in person.

Liu Ning, governor of Qinghai, answered questions about tourism and ecological protection at the event.

With ethnic groups making up 47 percent of its total population, Qinghai is a province of multi-ethnic gathering, multireligious coexistence and multicultural integration.

Therefore, the integrated development of all ethnic groups is the cornerstone of the province's economic development and social stability, according to the local government.

The province has stepped up efforts to develop the local economy. In 2018, the province allocated 440 million yuan ($62.89 million) as special support funds to promote economic and social development, which has yielded positive results, according to the local government.