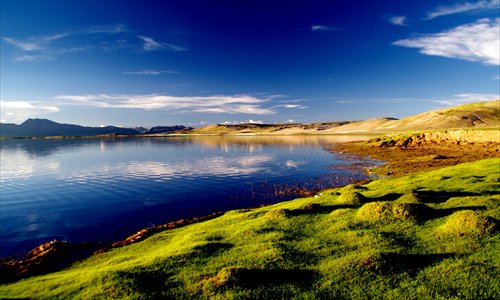 China is working on the country's first regulation on the protection of the Sanjiangyuan National Park located in West China's Qinghai-Tibet Plateau.

The park is the largest and the first among the nine national parks to be established in China under a plan rolled out in 2015. It holds special significance in ecological

protection as it is the cradle of China's three major rivers - the Yangtze River, Yellow River, and Lancang (Mekong) River.

Currently, China only has a regulation on the protection of nature reserves enacted in 1994, which experts say is in dire need of an update.

The People's Congress of Qinghai Province, which administers Sanjiangyuan, has been working on a regulation for the protection of Sanjiangyuan. This year, a number of suggestions and proposals have been submitted during the two sessions, which will provide insightful suggestions for the drafting of the regulation, said Li Xiaonan, head of the administration bureau of Sanjiangyuan National Park. The regulation is expected to be passed as early as May. To ensure full protection of the area, Qinghai has abolished the GDP-based assessment of officials, who will instead be evaluated based on their performance in protecting the ecology, said Li Xiaonan.

Dubbed as "the water tower of China," Sanjiangyuan is significant for safeguarding water security and food security. The park is also rich in wildlife, including endangered species such as the Tibetan antelope and snow leopard. However, human activities such as overgrazing have resulted in the ecological degradation of the region.

Though its ecology has shown signs of recovery after it was designated as a nature reserve in 2005, it is still suffering from deterioration of grasslands, desertification, soil erosion and permafrost melting, said experts.

There are nine national parks being built around China, including regions that cover the habitats of the giant panda and Siberian tiger, as well as the mountainous areas in northern Beijing where the Great Wall is located. Compared with natural reserves, a national park has a more comprehensive and authentic ecological system for the visitors to experience.

Since 2005, about 100,000 herders have left the grasslands and another 700,000 have reduced their herds to help restore the grasslands.

The region is currently building roads, visitor centers, preservation stations and sewage treatment facilities, among others. It is expected to become China's first national park to be ready for tourists in 2020. Sanjiangyuan will not develop any exploitative industry, and tourism will be strictly controlled and only focused on promoting ecological awareness, Li said.

The protection of Sanjiangyuan has attracted attention at the two sessions in recent years. CPPCC members from the Jiusan Society called for a halt to large-scale infrastructure construction, imposing high maintenance fees for self-driving tourists, and limiting the number of visitors.