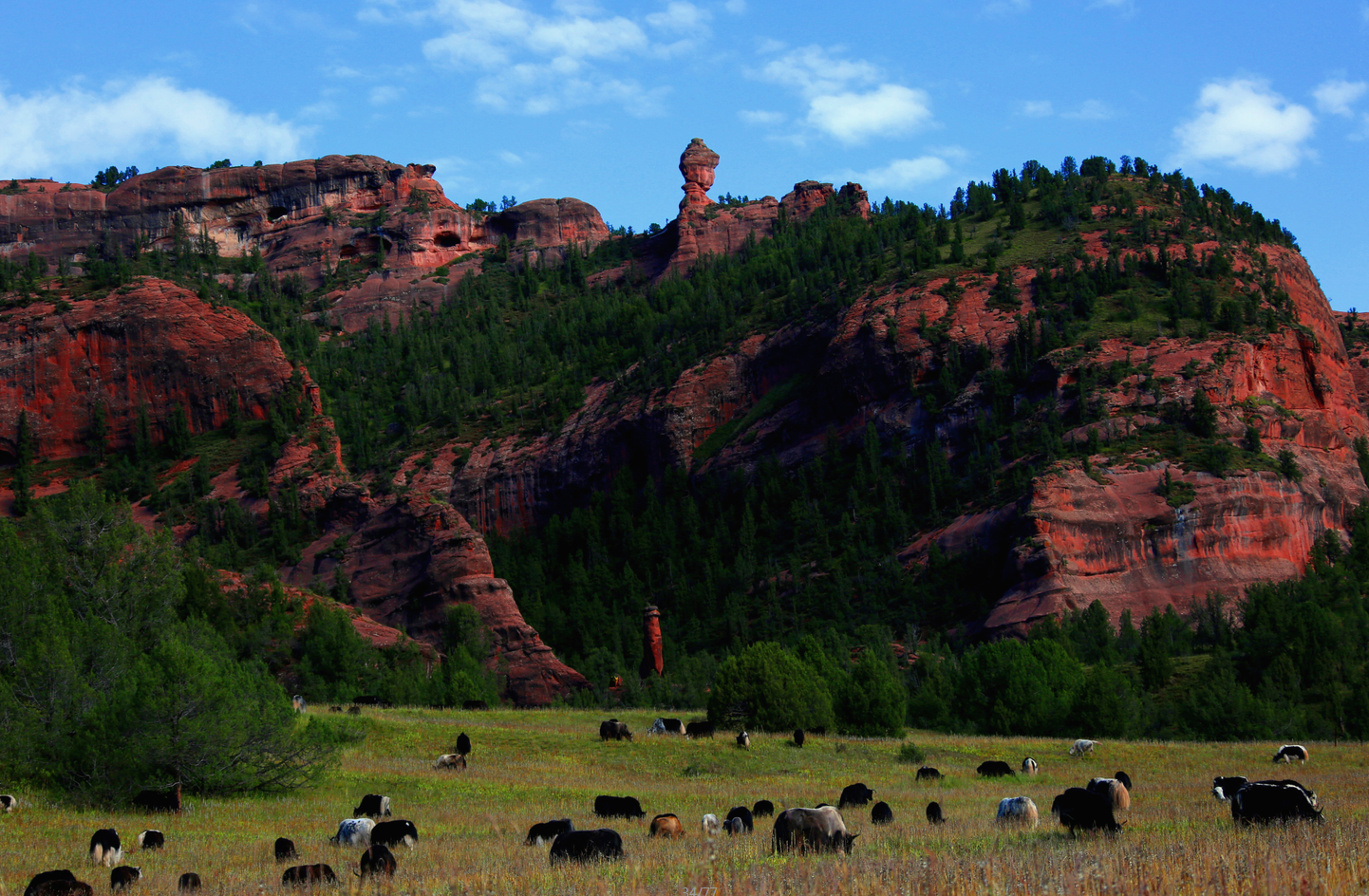 In the past six months, more and more ecological protection volunteers and individuals have come one after another and worked together with local herders to protect the environment and build the national park.

Sanjiangyuan, the source for the Yangtse River, the Yellow River, and the Langcang River, is considered the most important water source area and ecological protection barrier in Asia.

At the end of the last century, this region suffered a rapid decline in natural pasture area and drying lakes and rivers due to human and livestock activities, climate changes and other factors.

In 2005, China established the Sanjiangyuan Natural Reserve in southern part of Qinghai Province to begin emergency protection of the area by manual intervention.

“In the last 10 years, the protection efforts have gradually stopped the ecological degeneration trend in Sanjiangyuan, and the government also realized that the ecological revival of a region can't be accomplished in an action,” said Li Xiaonan, Director of Management Bureau of Sanjiangyuan National Park, “In addition to government initiatives, the citizens should be encouraged to get involved in long-term participation.”

Recently, at Chaze village of Zhaling Lake township in Madoi county, Qinghai Province, a dozen of herdsmen rode motorcycles with woven bags stuffed with plastic bottles packed at the back seats.

Lobsang, the Chief of Zhaling Lake township, said all six villages in the township now have ecological protection teams, with a total of more than 200 members.

Their duty includes environment cleaning, daily record-keeping and monitoring any violations. Everyone could receive 1,800 yuan in monthly salary.

In addition to motivating local herdsmen, the park is also encouraging other civil involvement in related research and protection projects.

Zadoi County of Qinghai Province, located at the source of Langcang River, had its first open-style nature observation festival in August.

Scholars from all over China and civilian conservationists have discovered 10 kinds of animals, 61 types of birds, and 93 kinds of plants thriving on the Qinghai-Tibet Plateau and they have made completely studied and recorded for many species for the first time.

Some observers were even able to capture a snow leopard mom and cub snuggling from less than 300 meters away on their phone, recording almost two hours of footage, and providing important scientific research data.

Peng Chen, associate director of the Ecological Protection Department at the Management Bureau of the park, said they also encouraged businesses in all areas to participate in the park's ecological protection. As a kind of compensation, the businesses would be permitted to conduct some organic farming, herding, ecological tourism activities and other green industries inside the park as appropriate.

Peng Chen explained that the ultimate construction goal for Sanjiangyuan National Park is to make it into a demo plot of ecological culture, where both humans and environment achieve win-win development with the social widespread participation, providing a reference effect for the same kind of areas in China.