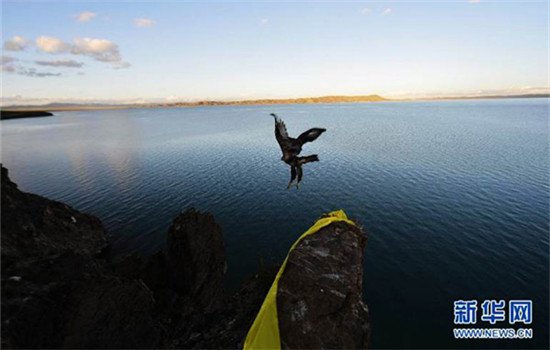 Sanjiangyuan Nature Reserve, which will become China's first national park by 2020, has engaged the WWF and a Chinese car maker to be involved in protection work.

The central government hopes to make Sanjiangyuan, home to the headwaters of the Yangtze, Yellow, and Lancang rivers, as a model of "effective environmental protection and harmony between nature and humanity."

Li said under the cooperation agreements, WWF will partner with the park on research, resource survey, environmental monitoring and training. While GAC Group will donate vehicles to be used to patrol the vast protection area and support the park's environmental campaigns.

China named Sanjiangyuang a nature reserve in 2005. About 100,000 herders left the grassland completely around that time and another 700,000 reduced their herds to help restore the grassland.

Beginning in April, the park has been expanding its staff, it will need to hire 10,000 wardens to patrol over 120,000 square kilometers, an area bigger than the U.S. state of New York.