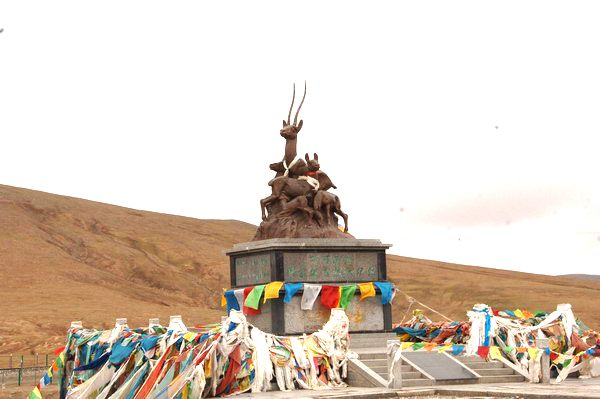 The Hol Xil National Nature Reserve is part of the western Yushu Tibetan Autonomous Region in Qinghai Province. With an area of over 4.5 million hectares, it is surrounded by Kunlun Mountains on the north, and the border of Qinghai province on the northwest. On the south lies Tanggula Township of Golmud City, and the Qinghai-Tibet Highway 109 is on the east. The area has an average altitude of over 4600 meters, and is 6850 meters at its highest point.

The word “Hol Xil” comes from Mongol, meaning “Black Mountains” or “Beautiful Girl.” The Tibetan language calls this area “Ngachen gongka,” meaning “the wilderness beneath northern Kunlun.” According to folklore, King Gesar, a legend in Tibetan history, was enchanted for years by a seductive woman in this area. When Zholmo, the king’s wife, used clever ways to defeat her rival and called back the king, she cursed the area to be forever barren.