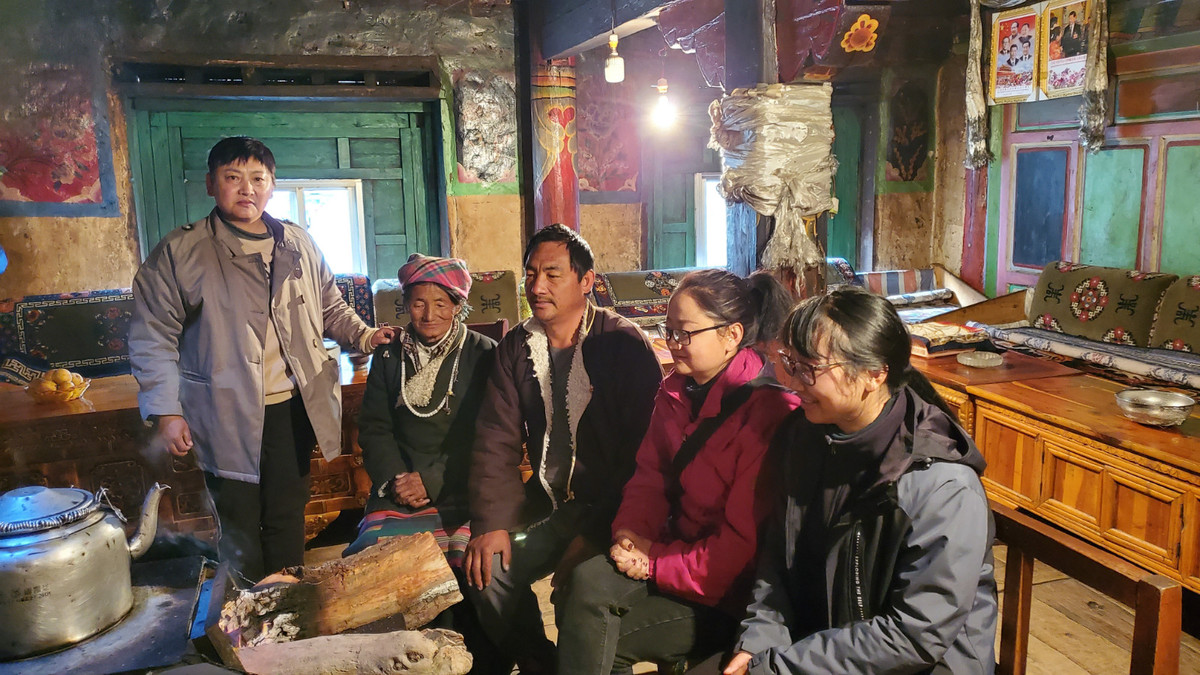 Luo Hongying (first from left) at a villager's home. [Photo provided to chinadaily.com.cn]

Luo Hongying is now working on doctoral dissertation at Wuhan University and is expected to graduate next year.

"The certificate is important not only to me but also to the whole ethnic group," Luo was quoted by Changjiang Daily. 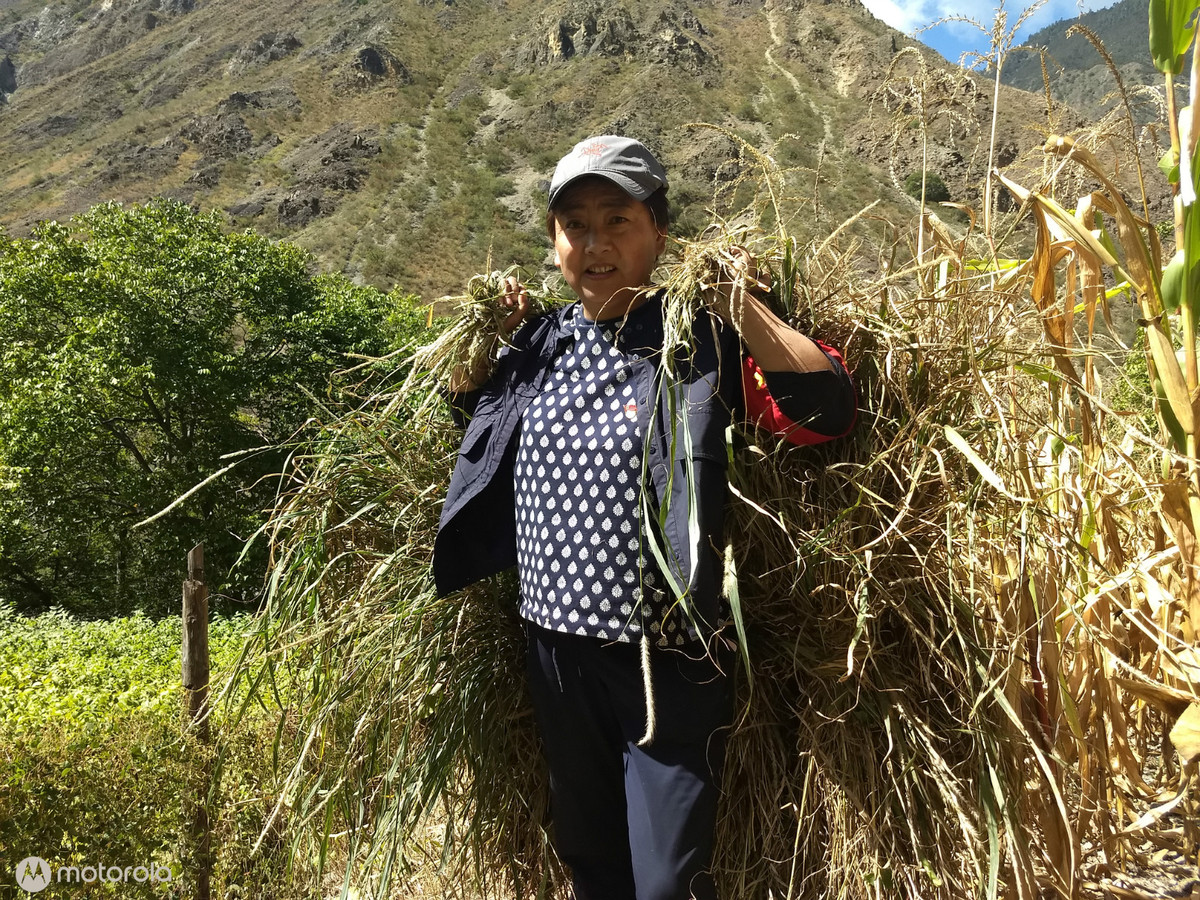 According to the sixth national census in China in 2010, there are some 10,000 Monba people, mainly living in Southwestern Tibet autonomous region. Changjiang Daily reported that in the 1990s more than 77 percent of Menba people were illiterate.

Being an associate professor at the Agriculture and Animal Husbandry College of Tibet, Luo, 49, is working on the front line of poverty alleviation at Nyingchi city in the region. She once drove over 800 km in August and led a team from the college to help villagers, including teaching them, mending infrastructure and taking patients to see doctor. 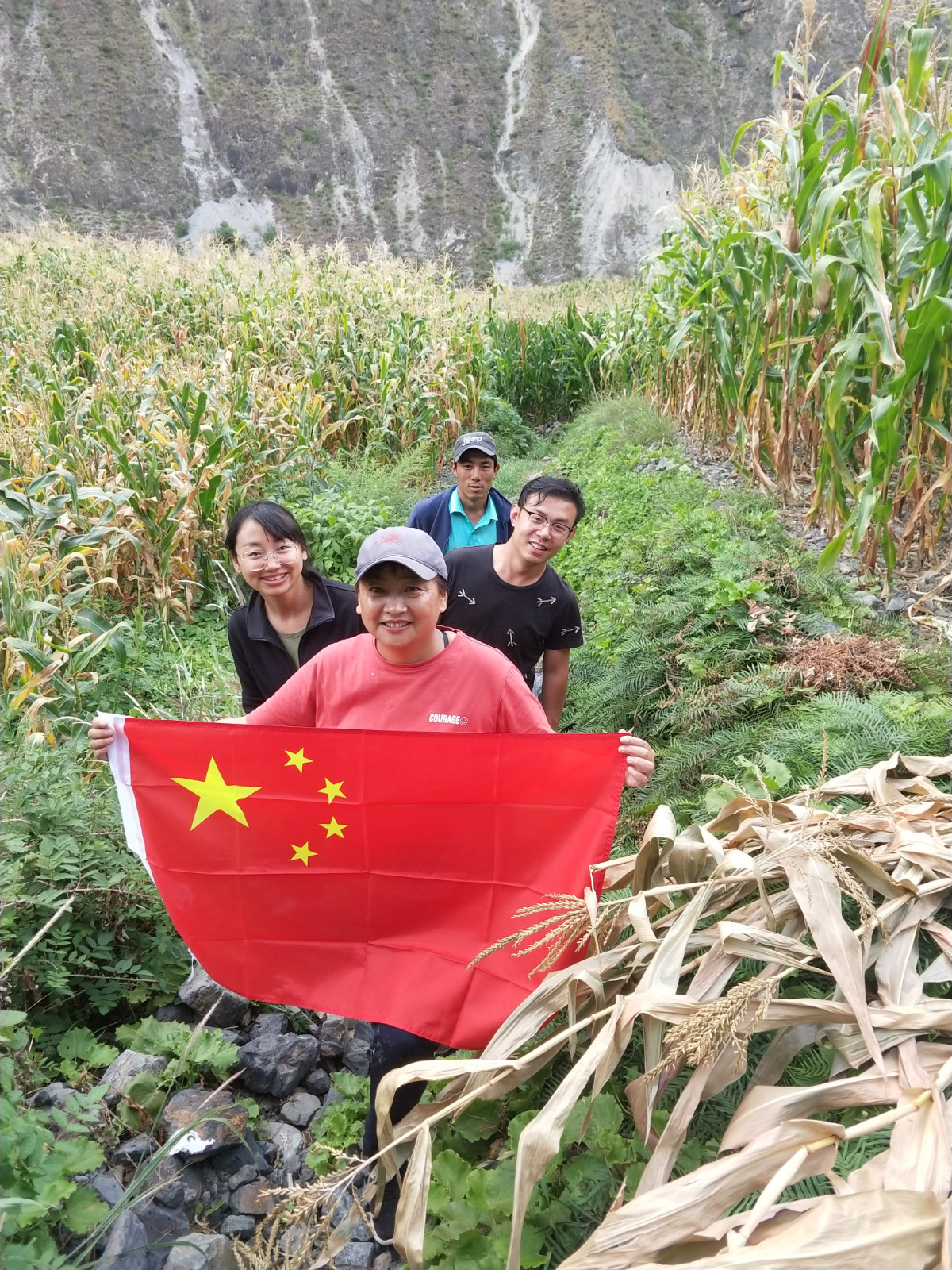 Luo Hongying (front) and her colleagues. [Photo provided to chinadaily.com.cn]

Luo's son is a senior at the University of Chinese Academy of Sciences and is preparing for graduate exams.

Luo's two sisters and one brother returned to work in Tibet after graduating from universities.