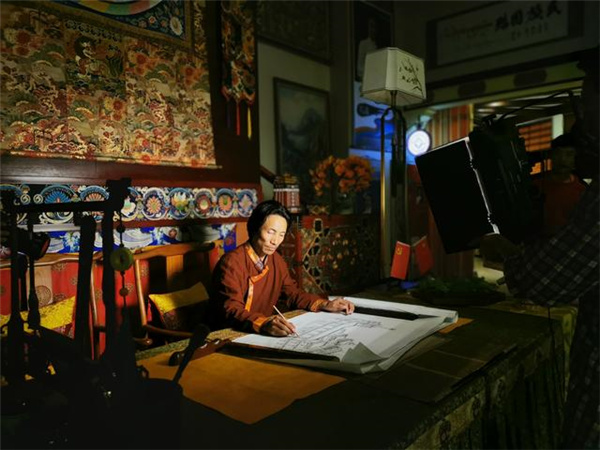 A Tibetan Thangka artist has been promoting the painting art as well as unity and harmony in a community in Southwest China's Sichuan province.

Lhamo, 50, comes from the county of Seda under Sichuan's Ganzi Tibetan autonomous prefecture. He is a professional painter of Thangka.

Thangka is a Tibetan Buddhist scroll painting on cotton or silk with mineral and organic pigments derived from coral, agate, sapphire, pearl, gold and others so that the color stays for centuries. The paintings date back to the 10th century and typically depict Buddhist deities.

In 2006, China listed Thangka as a national cultural heritage, a status that has since given the art a strong boost. UNESCO included Thangka paintings, murals, patchwork crafts and sculptures as Intangible Cultural Heritage of Humanity in 2009.

Lhamo is a state-level inheritor of a school of Thangka painting. Amid the coronavirus outbreak, Lhamo is currently teaching students about Thangka online.

In 2004, Lhamo took more than 10 Tibetan students to the Jifu Community in the city of Chengdu, the provincial capital. The community had more than 30,000 residents, with more than 1,000 residents of 11 ethnic minorities, including Tibetan, Qiang, Hui and Mongolian ethnic groups. 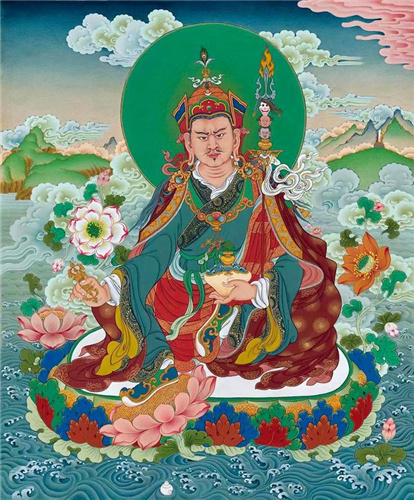 "The residents were cautious and distant at first," Lhamo said. "They did not quite understand what I wanted to do by taking a group of children there." Locals later found out that Lhamo simply wanted to find a place to teach the students to paint Thangka.

Lhamo started learning Thangka from his father at the age of 7. As his skills progressed, he wanted to find a professional teacher, but to no avail.

"At that time, I decided that in the future, I wanted to become a good teacher myself to pass on the art to the younger generation," he said.

Decades of training turned Lhamo into a seasoned and renowned Thangka painter, drawing many students in admiration. Lhamo rarely turned away any students, and he never took any tuition from them. 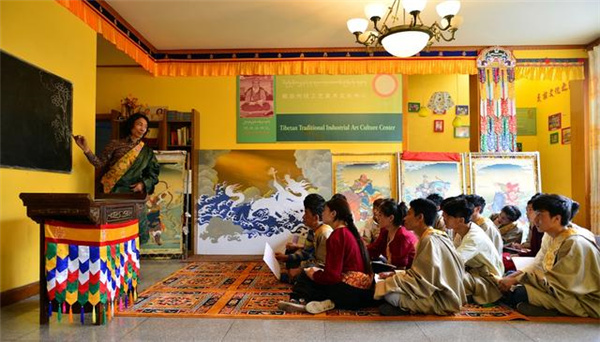 Many of his early students were children of poor farmers and herdsmen in the Tibetan areas in Sichuan. Lhamo not only exempted them from tuition fees but also gave them 50 yuan (7 U.S. dollars) each as pocket money every week. Lhamo made all the money by selling his paintings.

Lhamo teaches Tibetan students as well as students of other ethnicities. They are not just interested in Thangka painting but also singing and dancing. The community authorities saw this and helped them form a chorus.

For years, Lhamo's chorus performed for the community countless times for free. Their performances featured a variety of content, including care for children with autism and anti-cult themes.

In 2013, local authorities lent a 300-square-meter venue to Lhamo for free to help with Lhamo's teaching.

With a bigger venue, more students came. Lhamo currently has more than 50 students.

"More students indicate that we can pass on the art to more people," he said.

"Teacher Lhamo and his students have done a lot to enrich the culture and enhance a sense of community here," said community official Li Hanrong. "Helping him is helping ourselves."