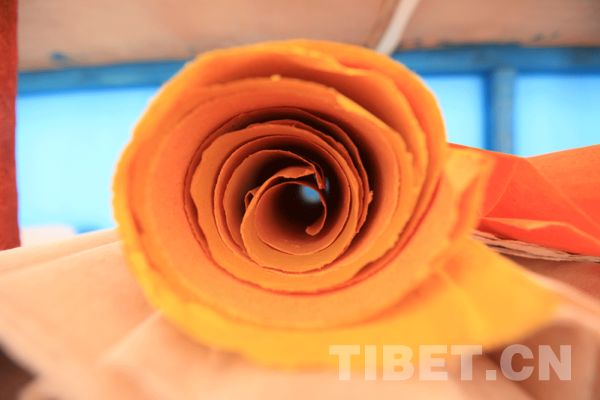 "Tibetan paper, as one kind of paper, its function has been replaced by more and more products; while as ethnic craftwork and artwork, it has strong vitality and broad market prospect," the head of one Tibetan traditional craftwork company said.

Tibetan paper made from unique materials in 7th century

Tibetan paper, unique cultural artifact of Tibet, was invented in the middle of the 7th century. After Princess Wencheng brought about the papermaking technology to Tubo Kingdom, by many years' exportation, Tibetan and Han ethnic people created the Tibetan paper with unique materials.

A lot of Buddhist sutras collected in Potala Palace, Jokhang Temple, Sakya Monastery and other monasteries take use of Tibetan paper. For one thousand years, it has been recording Tibetan history and witnessed its civilization process.

The Tibetan paper-making process was enrolled in the first batch of National Intangible Cultural Heritage list in 2006.

Nyemo Shora Tibetan paper, one of the three main traditional Tibetan papers, has over 1300 years' history. It made from wolfsbane, one rare plateau plant with a certain degree of toxicity, is widely used in writing and printing of religious books, official documents and contracts, for its good resistance of mice biting, moth eating, rotting or discoloration.

Nyemo Shora Tibetan paper is just the paper used by many Buddhist sutras of Potala Palace and some other monasteries and it is one key reason for the sutras to be well preserved after thousands of years of wind and rain. 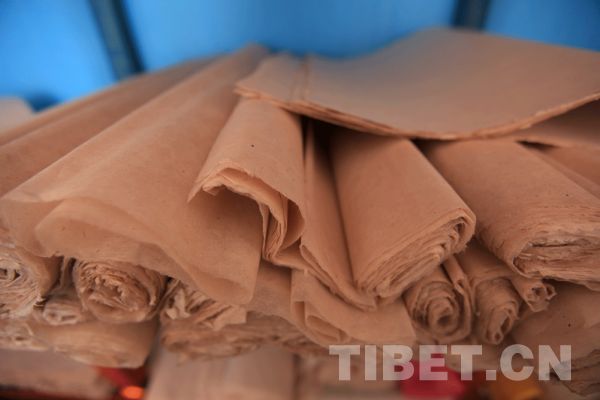 Shora village in Tharong, Nyemo County is the main place of Nyemo Tibetan paper production. Lots of people used to make Tibetan paper for a living. With the rise of new paper along with scarcity of raw materials, rising costs and other reasons, there are fewer and fewer people in Shora village making Tibetan paper.

In order to support the development of traditional crafts, Nyemo County set up a handicraft development park to help with poverty alleviation and provide a new development platform for Tibetan paper production.

Along with the diversified development of market demand, now there are hundreds of Tibetan paper handiworks, such as murals, umbrellas, lanterns, greeting cards, calendars and so on, which are very popular with customers home and abroad. The traditional handicrafts is shining vigorous development vitality. 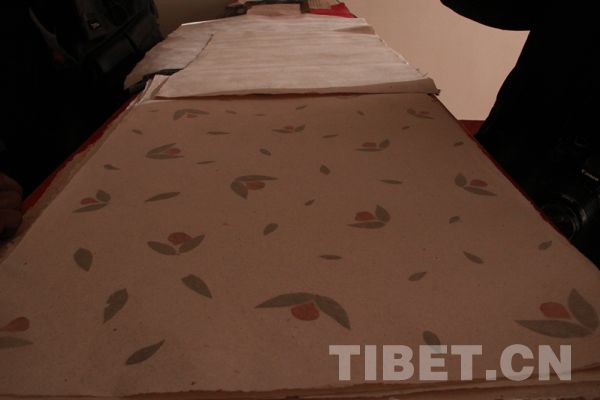 This is a piece of Tibetan paper with a real flower stuck in the middle. It is made from two layers of paper. 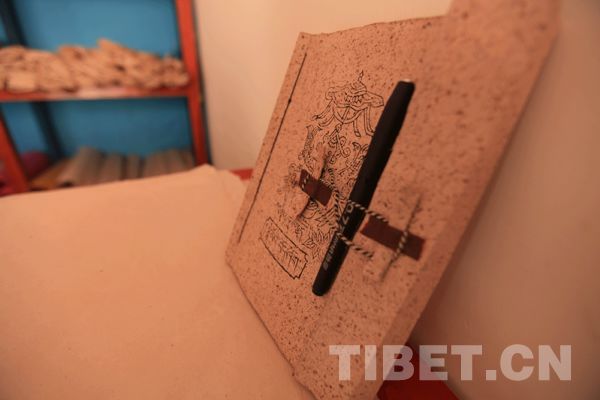 Notebooks made from Tibetan paper