Winter in Tibet is a time when there are less tourists, the hotels often offer discounts, and the plateau is generally less busy. The main reason for the winter months being less busy is the global misconception that Tibet is too cold to travel to in the winter and is covered in snow. This could not be farther from the truth. Tibet in the winter is a true winter wonderland, filled with amazing sights, awesome experiences, and unimaginable beauty. In fact, most of Tibet does not get much snow, and what little does fall is limited to the months of January and February, when the weather is at its coldest.

Winter in Tibet runs from late November to the end of February. Temperatures in the region can get down to well below freezing at night, especially in the western areas that have higher elevations. However, daytime temperatures can be quite pleasant and temperatures reach as high as 9-10 degrees, with bright, clear, sunny skies. There are a wealth of things to see and do in Tibet during the winter months, from the stunning sights and attractions of Lhasa and the awesome winter festivals to the winter treks around Lhasa and the beauty of the plateau’s winter wildlife. A Tibet tour in winter is one of the best times of year to experience the real charm of Tibet.

A symbol of peace in Tibetan Buddhism, the Black-Necked cranes of the Tibetan plateau have been revered for centuries, and are even part of the legends of the reincarnations of the Dalai Lama. A rare species that is native to the plateau, these beautiful creatures migrate south to the central and southern parts of Tibet every winter, from the frozen Changtang Grasslands in the north. A large majority of the cranes migrate to spend the winter in Linzhou County, in the north of Lhasa, on the Hutoushan Reservoir. Using the area as their winter-feeding grounds, there has even been a viewing platform set up so you can get the best view of the birds without disturbing them. The best time to catch the birds is in the early morning or late evening, as they leave and return from their day of foraging. 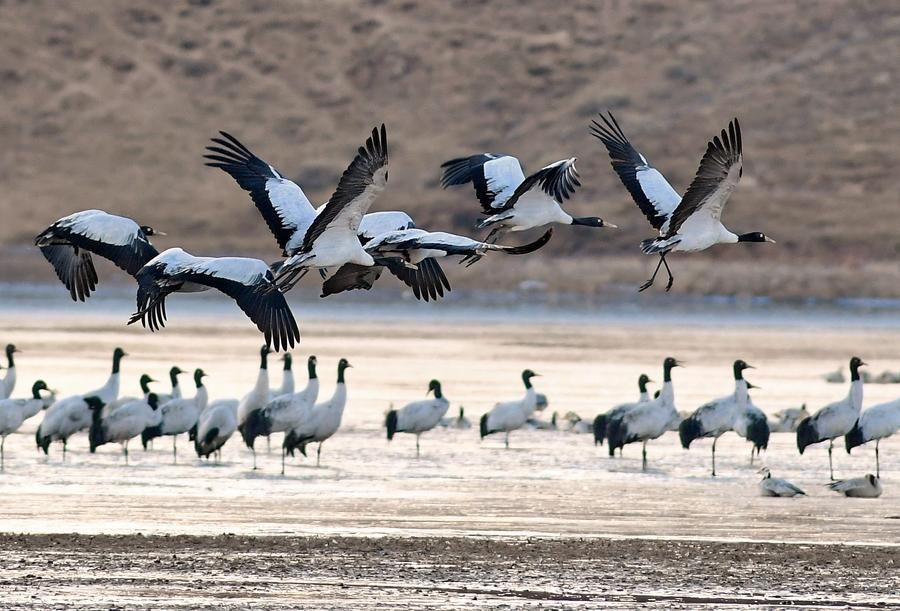 Located in Maizhokunggar County of Tibet, the Dezong Hot Spring lies around 140 kilometers to the east of Lhasa, at an altitude of around 4,300 meters. One of four amazing hot springs in Tibet, Dezong Hot Spring has been in use for more than 1,400 years. The healing waters come out of the ground at a temperature of around 40 degrees, and are filtered into the natural pools of the spring, which are around 1.2 meters deep. Hot springs have long been a preferred winter activity in Asia, and in Tibet it has long been a tradition to visit the hot springs for their rejuvenating waters when the weather is cold. Lying in a beautiful valley, not far from the Zhigong Temple, and surrounded by the mountains of the Nyenchen Tanglha Range, the hot springs make a great day out.

The Butter Lamp Festival in Tibet is one of the most important festivals of the Tibetan calendar, and is known in Tibetan as the “Ganden NgachenChenmo” Festival. The festival is held to commemorate the anniversary of the parinirvana (death) of the founder of the Gelug School of Tibetan Buddhism, Je Tsongkhapa. The festival falls on the 25th day of the tenth month of the Tibetan calendar, which is normally around early December, and is a time when hundreds of thousands of butter lanterns are lit in temples and house windows, on walls and roofs, and all over the streets, burning day and night for four days. Containing one of the holiest cave retreats in Tibet, with 108 caves, the Drak Yerpa Monastery lies around 16 kilometers outside Lhasa, and has seen many of the great figures of Buddhism within its walls, including the Indian Buddhist master, Ati?a, as well as the great Padmasambhava meditating in the caves. The hike is done around the kora route of the monastery, which includes the visit to the caves, which lie above the monastery, in the hillside. While there, you can explore the caves that were used for three or twelve-year meditation retreats, and as you continue around the kora route of the monastery, you get an awesome view out across the Lhasa River Valley below. 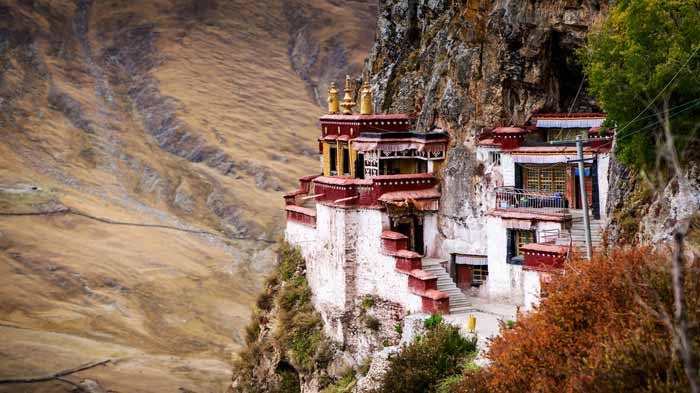 If you are thinking of traveling to Tibet, then the winter months are a great time to go. With fewer tourists and cheaper accommodation, you will find that the plateau is not what many people think, and is not as cold as expected, though you will need warm clothes in the evenings. With so much to see and do, you will soon feel that you want to come back again and experience more of this unique culture and religion, lying on the Roof of the World.