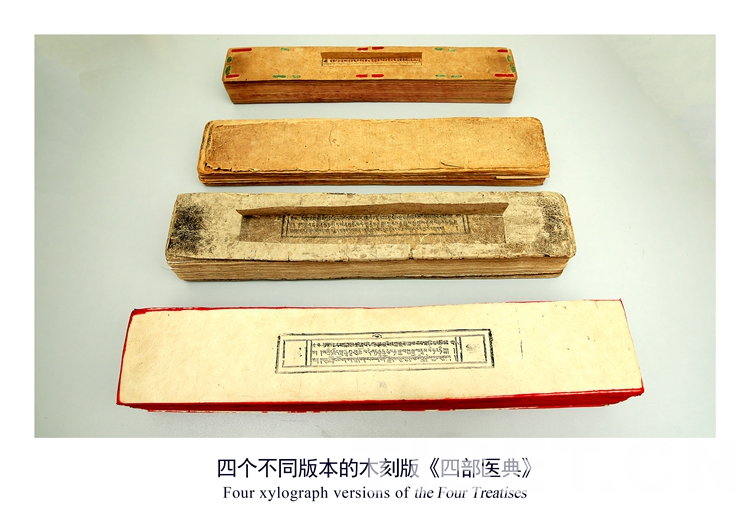 The Four Medical Treatises is a representative work of Tibetan medicine, the result of thousands of years of experience and wisdom from the Tibetan people on curative therapy and health care practices. Known as the most classical and groundbreaking text of Tibetan medicine, it was written between the 8th and 12th centuries and is currently one of the most complete and influential representatives of traditional medical classics. It has been translated into many foreign languages including English, German, Mongolian, Japanese, and Russian.

Pema Yangjen, director of the Tibet Autonomous Region Tibetan Medicine Hospital, said, “In March last year, with support from the regional government and State Archives Bureau, our hospital formally applied to have the Four Medical Treatises selected for the “Memory of the World RegisterAsia-Pacific Region”.

Speaking on the significance of having the Four Medical Treatises selected to the “Memory of the World Register Asia-Pacific Region”, Pema Yangjen said, “This marks Tibetan medicine’s entry onto the world stage. It has been widely recognized around the world and received the attention and respect of the international community. It has also provided a definite platform for international exchange to promote the culture of Tibetan medicine.”

It is reported that the Four Medical Treatises was selected for the “Memory of the World Register Asia-Pacific Region”, but it has not yet been selected for the “ Memory of the World Register”. In order to further enhance the reputation and international status of Tibetan medicine, the Autonomous Region Tibetan Medicine Hospital will formulate plans for the management and rescue of medical literature such as the Four Medical Classics and take effective measures to further preserve, protect, utilize, research, and promote Tibetan medical literature through scientific methods and modern technology.