After four hours of bumpy road driving from Sanba Township under Mt. Haba to Shangri-La City, Sha Wenjie takes a sleeper coach for 10 hours to arrive at Kunming South Station, and finally continue on to school by car. The first time Sha Wenjie traveled from her hometown to the Xishan campus of Hengshui Experimental Middle School in Yunnan, she experienced this "risky" long journey. 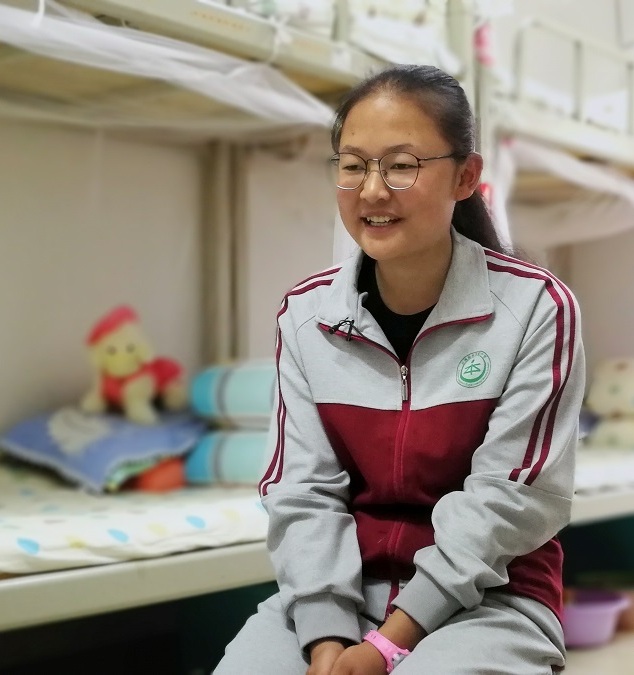 The Kunming "Dechen High School Class" was established in 2016, aimed at helping Dechen by implementing poverty alleviation through education. The project is co-opted for three groups of students and tuition is free. In the first group, a total of 35 students entered Hengshui Experimental Middle School. 40 students joined the second group, of which Sha Wenjie is one.

Faced with a good opportunity to study in Kunming, at first Sha Wenjie didn't know what to do. This far-away and unfamiliar city and the different learning environment made her anxious. He Di, a top student, was also at a loss: "On the one hand, I didn't want to leave my hometown. Everything there is familiar. But on the other hand, Kunming's educational resources are definitely more abundant, and I would be able to experience the greater outside world." Lhamo Yangchu, a girl in the same group, was a little scared of the teaching methods in the middle school: "I heard that the school was very strict and there was a lot of pressure, so I didn't know if I could handle it."

In the end, He Di decided to go to Kunming to study. Facing voices of dissention all around him, he jokingly said, "Just go ahead and do it!" Lhamo Yangchu decided that she would "work hard for three years for study", and also chose to go to Kuming. Sha Wenjie couldn't decide between attending the local high school or Hengshui Experimental Middle School, but she was admitted first by the latter, and so decided that to study in Kunming was "fate".

"In Shangri-La, we drink butter tea every morning, but no one in Kunming knows how to make it," He Di said. "In Shangri-La, there aren't any mosquitoe, but there are a lot in Kunming." When he first arrived at the school, He Di had a hard time adapting. Fellow Dechen Class student Kang Longshen, who had come to the school one year prior to He Di, suffered gastroenteritis that led to hospitalization because he had been unaccustomed to the new climate and didn't have enough health awareness.

In addition to the new living habits, Sha Wenjie, who had left home for the first time, also experienced unprecedented loneliness. "All is strange to me and I didn't have any friends! During military training, I called my parents crying. At night, I also cried secretly in my bed."

In order to help the students from Shangri-La integrate into their new environment as quickly as possible, the school specially arranged for local Dechen teachers to manage the classes and intermingled the students with other classes, so that the students could eat, room, and study with local students from Kunming.