Situated near the convergence of the Nyangchu and Thanchu rivers in Shigatse, Tibet, Chakar village seems an altogether fitting home for a married couple of different ethnicities.

They merged their lives here nearly two decades ago. The woman, whose name is Yudron, is a native of Chakar, which is located in Norchung township in Shigatse's Panam county. Her husband, Li Fuhua, is from the Hualong county in Qinghai province, more than 2,000 kilometers away.

Like the confluence of the rivers, the couple's union — she is Tibetan, he is Han — mirrors the harmony between ethnic groups commonly found in the autonomous region. In the early 2000s, Li came to work at a construction site near Yudron's home. They met and fell in love.

"My parents worried at first that our marriage would not last long because he was from a place so far away, and our ethnic cultures were quite different," Yudron said. "Living together for years, however, we have learned how to be inclusive and respect each other."

The pair married in 2004 over the initial objections of her mother and father. "I convinced them by promising that we would never abandon each other," she said.

Li said he had some initial difficulty living in a Tibetan village. He had to adjust to a different diet, as well as unfamiliar social customs and language.

"As time has passed, these things are no longer barriers," he said. "Now I can chat with Tibetan villagers in their language, and we always hang out together," Li said, noting that Yudron is "very supportive of my special hobbies and habits".

The pair worked hard to make a better life after their marriage. Yudron has a traditional weaving business, while Li is a mobile welder. They have two daughters.

Through talent and hard work they have prospered. Yudron has passed on traditional weaving skills to more than 20 women in the village, and Li has trained a few welders. 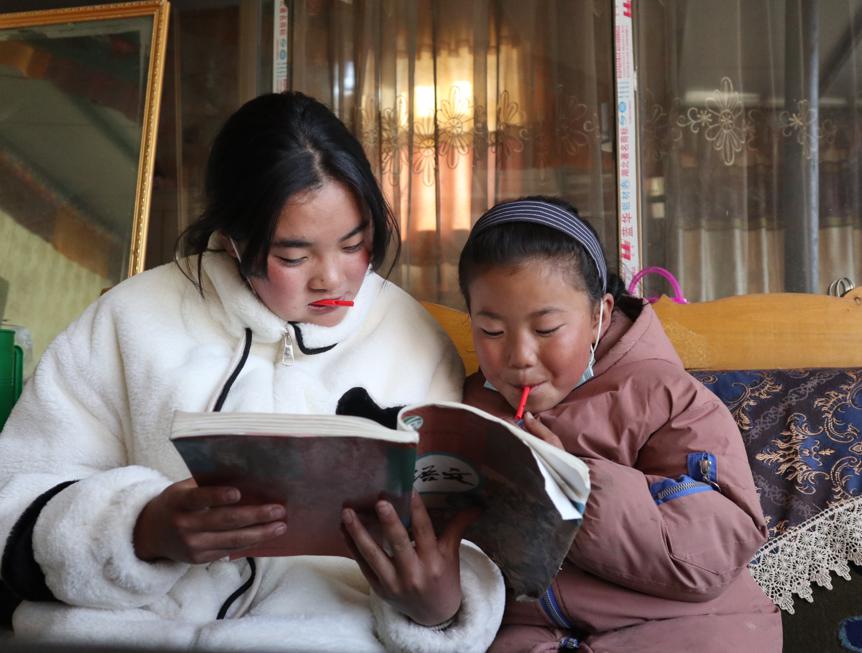 The couple’s daughters Tse Dekyi (right) and her sister, Lhamo, read together. [Photo by Palden Nyima/chinadaily.com.cn] 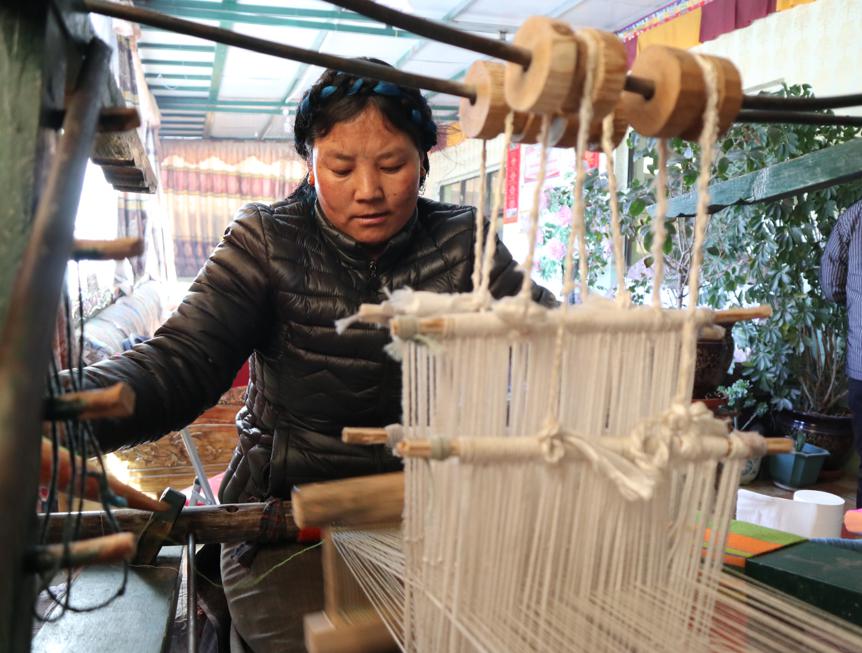