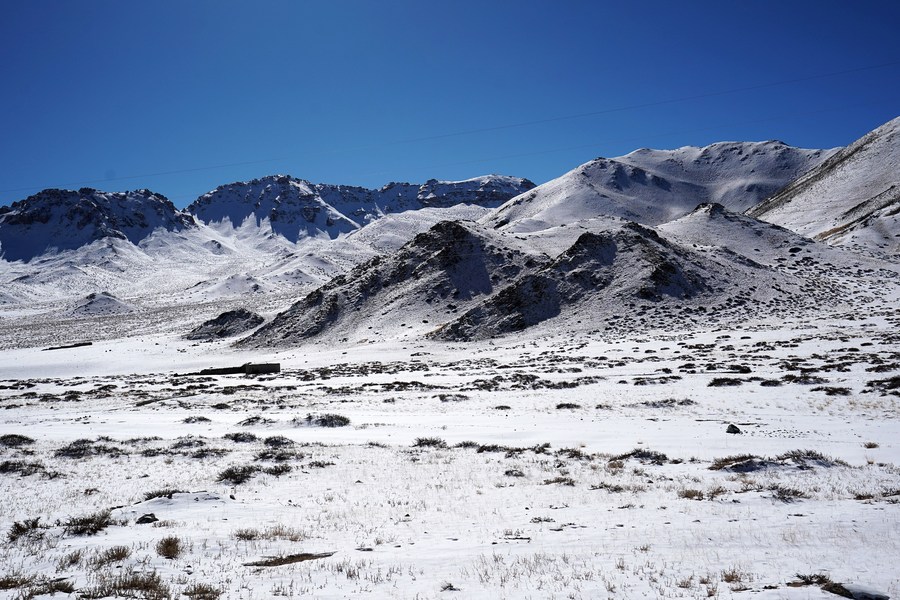 Photo taken on Nov. 30, 2020 shows the scenery of Gar County in Ngari Prefecture, southwest China's Tibet Autonomous Region. Ngari, nicknamed the "top of the roof of the world" with an average altitude of 4,500 meters, is known for its otherworldly scenery. (Xinhua/Zhan Yan)

Affected by a trough of low pressure, a vast part of the Ngari Prefecture and the city of Xigaze will be hit by heavy snow or snowstorms, the regional meteorological bureau said in a statement.

The bureau issued a yellow warning for snowstorms, adding that strong gales will come along with the heavy snow, and some low-altitude areas will see heavy rain.

Local governments should take precautions against the snowstorms, while transportation, railway, communications, and power grid departments must clear the snow and step up patrolling and the maintenance of facilities, the bureau said.

China has a four-tier, color-coded weather warning system, with red representing the most severe alert, followed by orange, yellow, and blue.