In the early morning of August 1, Panchen Erdeni Choskyi Gyalpo, a member of the Standing Committee of the National Committee of the Chinese People's Political Consultative Conference, vice president of the Chinese Buddhist Association, and president of the Tibet branch of the Buddhist Association of China, went to the Jokhang Temple to worship the Buddha and lead the monks in chanting sutras to pray for world peace and national peace and prosperity.

Panchen Lama worships the statue of Sakyamuni, praying for a good harvest.

In the early morning of the same day, in front of the gate of the ancient Tibetan Buddhist temple, monks forms a “sechang” team and observed religious rituals, holding prayer flags and Tibetan incense. They lined up on both sides of the main entrance gate and performed the highest rituals in Tibetan Buddhism to welcome Panchen Lama.

Accompanied by the vigorous sounds of the dharma and under the leadership of the “sechang” team, Panchen Lama went from the main hall of the Jokhang Temple and visited Gandan Lhakhang Prayer Hall, Thousand Hands Guanyin Prayer Hall, and Sakyamuni Hall one by one, praying and chanting scriptures in each. He offered a khata to the Buddha statue. 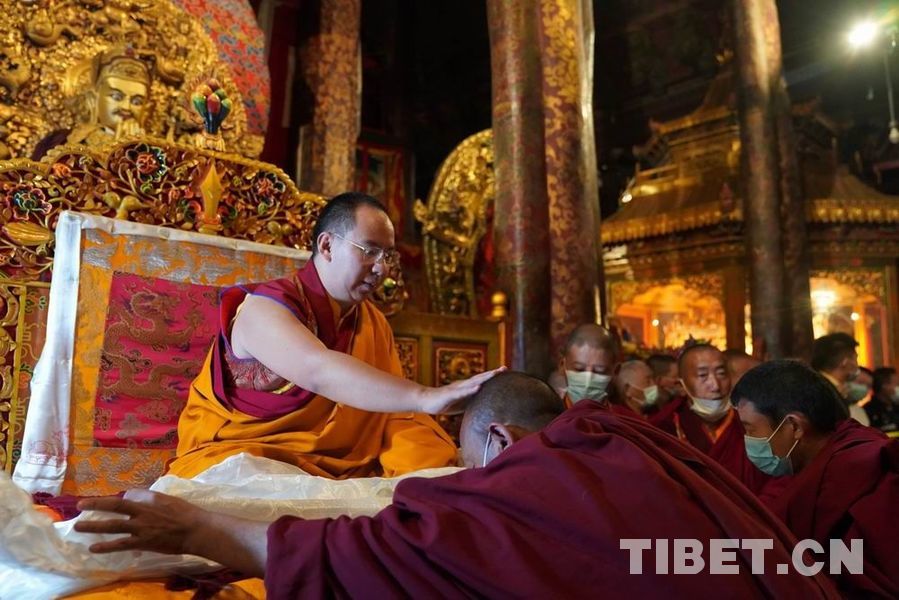 In front of the Buddha statue of 12-year-old Sakyamuni, which was brought to the plateau by Princess Wencheng of the Tang Dynasty, Panchen Lama reverently and solemnly painted gold powder on the statue, bowed his head, worshipped, and offered a khata. Afterwards, Panchen Lama ascended the throne, facing the Buddha statue, and led the monks in reciting sutras to pray for world peace, national peace and prosperity, and disaster relief. 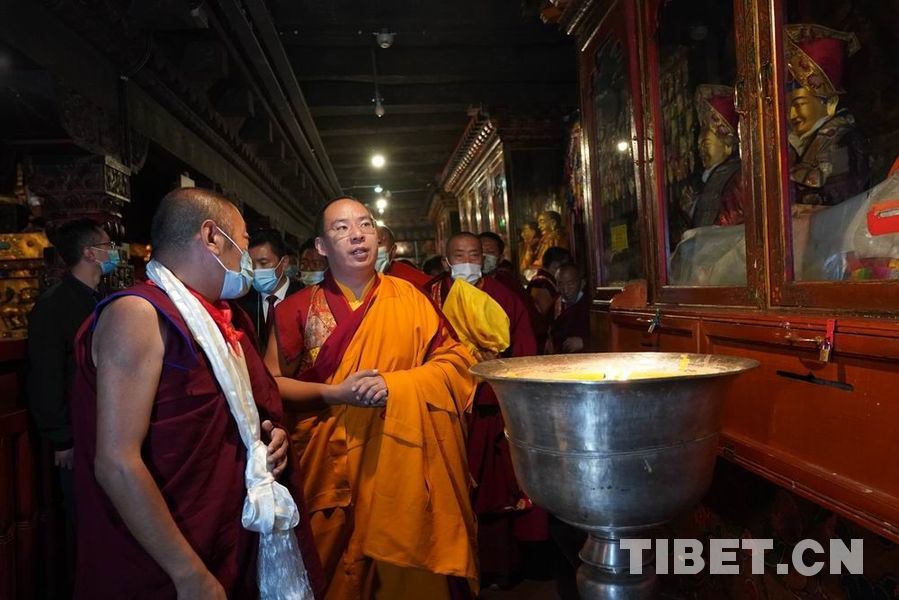 Panchen Lama at the Jokhang Temple.

Auspicious clouds in the early morning that day.

After the collective chanting, Panchen Lama gave blessings to the monks of the Jokhang Temple and handed out alms and vegetarian meals.