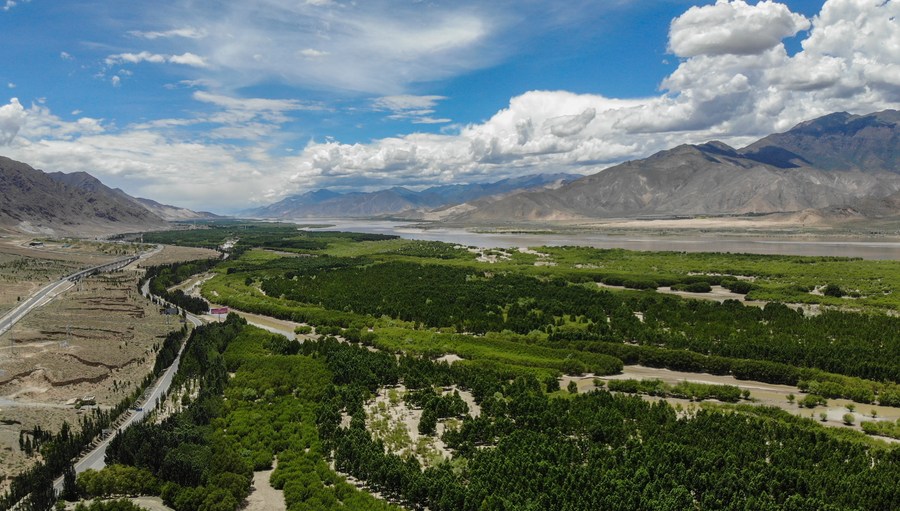 LHASA, June 3 (Xinhua) -- Southwest China's Tibet Autonomous Region continues to be one of the best places in the world in terms of environment, maintaining a stable environmental quality last year, according to a report released Thursday.

The water quality of major rivers and lakes remained good while the air quality of the region continued to be excellent in 2020, noted the report compiled by the region's ecology and environment department.

By the end of 2020, Tibet had built 47 nature reserves measuring a total area of 412,200 square km, which accounts for more than one-third of the region's total.

A total of 214 species of rare and endangered wild plants in the region are listed in the appendix of the Convention on International Trade in Endangered Species of Wild Fauna and Flora, the report noted, adding that the majority of the protected animal species has seen a significant recovery in their population.