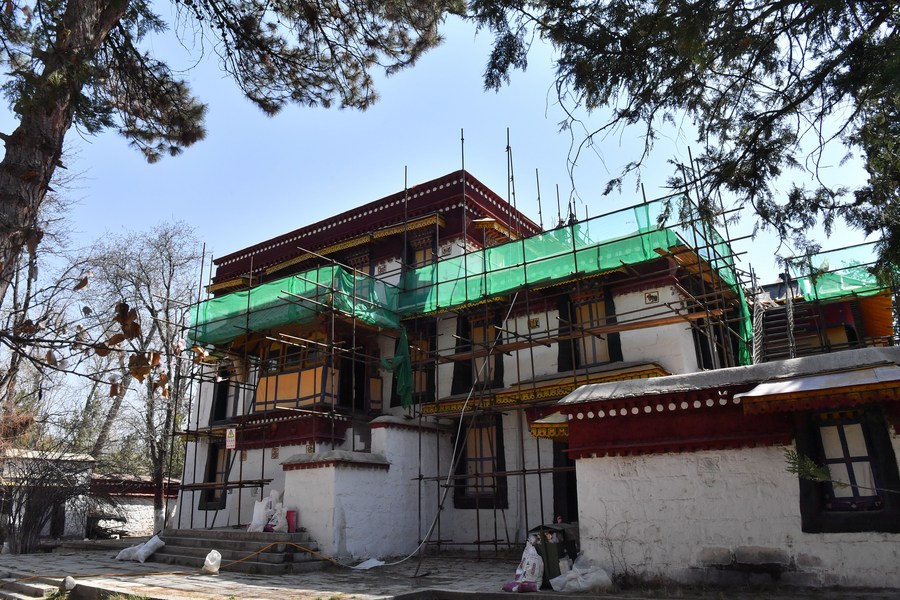 "After years of weathering erosion, the golden roofs of the ancient buildings and their supporting facilities have oxidized and turned black. Water also began seeping in," said Penpa Droma with Norbulingka's management office. "The restoration project was approved in 2017 following years of research and the preparatory work was launched in late 2020."

Built in the mid-18th century, the Norbulingka was added to the UNESCO World Heritage List in 2001 as part of the historic ensemble of the Potala Palace.