The Sangmda Lungga tomb site in Southwest China's Tibet autonomous region was included on the list of the top 10 archaeological discoveries of 2020 released by the National Cultural Heritage Administration.

It is the third time that an archaeological project in Tibet has been selected after the Chokong relics in Lhasa was selected in 1991 and the Gurugyam and Chuvthag cemeteries in Ngari prefecture in 2014.

The Sangmda Lungga tomb site, located in Zanda county and first discovered in 2017, may provide evidence of prehistoric culture in Tibet, said He Wei, a researcher with the regional relics protection institute. 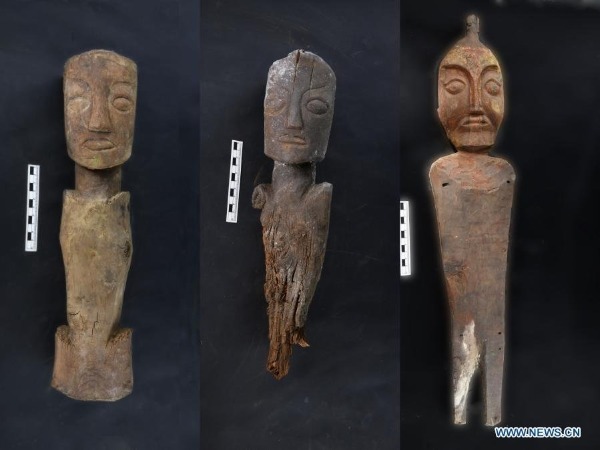 Chinese archaeologists have unearthed wooden figurines from the site, the first time that such figurines were discovered on the Qinghai-Tibet Plateau.

"The tombs show the development of early archaeological culture in western Tibet and that Tibet interacted with the southern foothills of the Himalayas, Xinjiang, the Central Plains and other regions during the period," said Han Guohe, a panel member of final evaluation team.