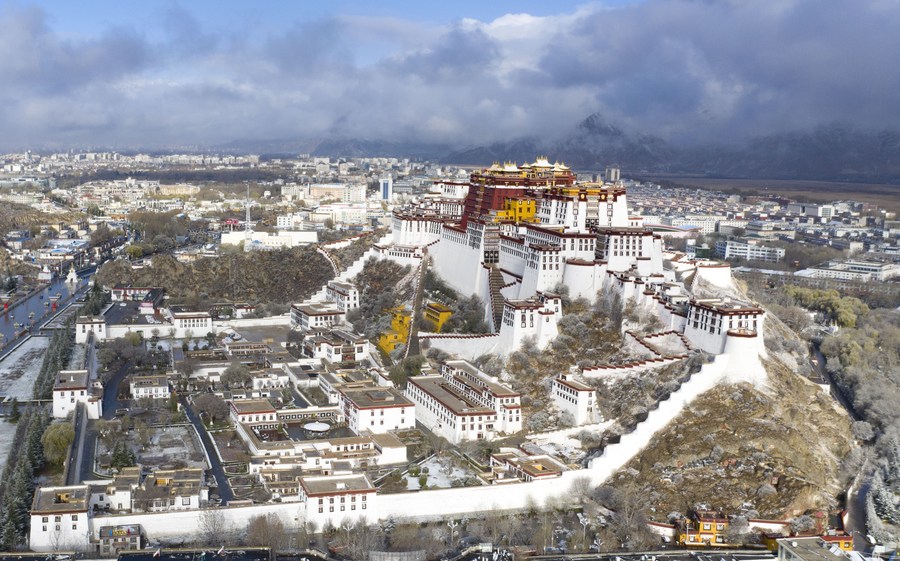 LHASA, Dec. 30 (Xinhua) -- The legislature of southwest China's Tibet Autonomous Region has expressed its strong indignation and firm opposition to the passing of a United States act on Tibet.

The so-called "Tibetan Policy and Support Act of 2020" grossly interferes in China's internal affairs and gravely violates the fundamental principles of international laws and basic norms governing international relations, according to a statement by the Standing Committee of the People's Congress of Tibet Autonomous Region on Wednesday.

"The real purpose of the act is to undermine Tibet's prosperity and stability," said the statement.

According to the statement, people in Tibet are masters of society: Deputies from the Tibetan and other ethnic minority groups account for 92.18 percent of the region's over 35,900 deputies to the people's congresses at all levels.

Today's Tibet is experiencing rapid economic and social development, and local people live and work in peace and contentment. The population of Tibet has increased from 1.23 million in 1959 to 3.44 million in 2018, with ethnic Tibetan people accounting for over 90 percent of the region's total. The per capita disposable incomes of urban and rural residents in Tibet grew 10.7 percent and 13.1 percent, respectively, in 2019.

There are 1,787 sites for the practice of Tibetan Buddhism and more than 46,000 resident monks and nuns in Tibet. Traditional religious activities are held normally. The Chinese government has also promulgated regulations to respect and protect the living Buddha reincarnation, the succession system unique to Tibetan Buddhism, according to the statement.

"People in Tibet know better than anyone else the region's development and religious freedom situations, while the United States is not entitled to be a judge or preacher," said the statement.