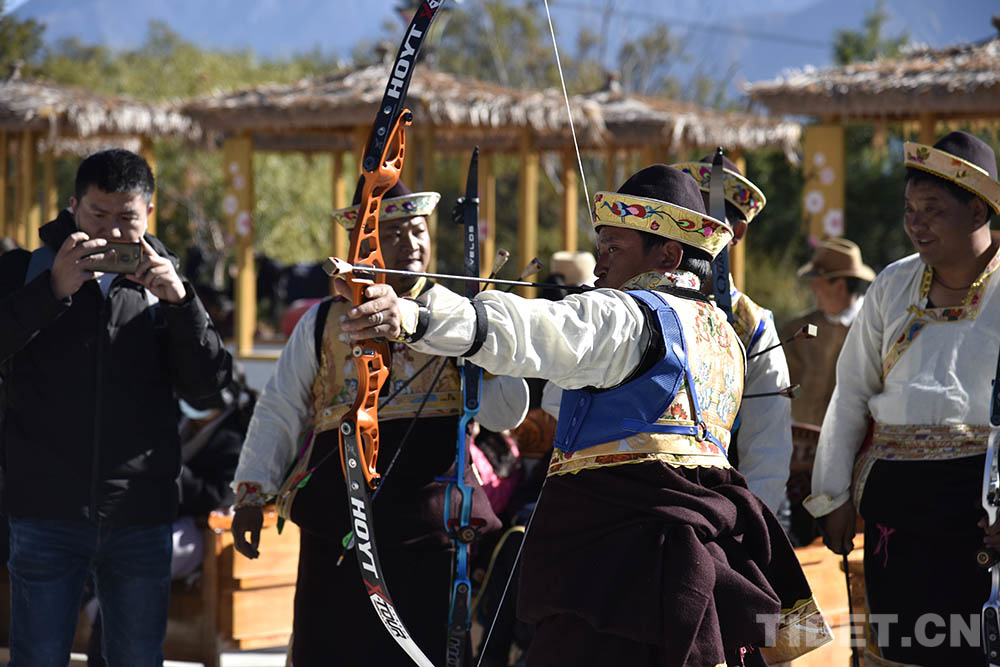 The arrowhead for Gongpo whistling arrow

The screaming sound of shooting the arrow is unique to the Gonpo whistling arrow. On the wooden arrowhead, there are four small holes evenly distributed, and these small holes make a sound due to air resistance in flight. This kind of arrowhead is called bisho in Gonpo.

Baru, an intangible cultural heritage inheritor of Tibetan bisho production, said that the birthplace of bisho is Shayu Village in Tashi Raodeng Township, Mailing County. The bisho made in Old Tibet was exclusively for the upper class and played by the nobility. “Now, you can play as long as you like and whenever you want.”

In 2016, Pema Dorje, Sonam Tsering and others spontaneously organized a Whistling Arrow Team thanks to their common interests. Sonam Tsering said that he had a talent for shooting arrows, because “I bought a bow and arrow and hit the target with the third arrow.”

As team leader, Pema Dorje said that members of the Whistling Arrow Team include people working in government departments, business and institutions, as well as farmers and nomads. Everyone uses their spare time to find venues for training, and they also participate in arrow competitions in a team. “Nyingchi has a lot of whistling arrow teams like this.”