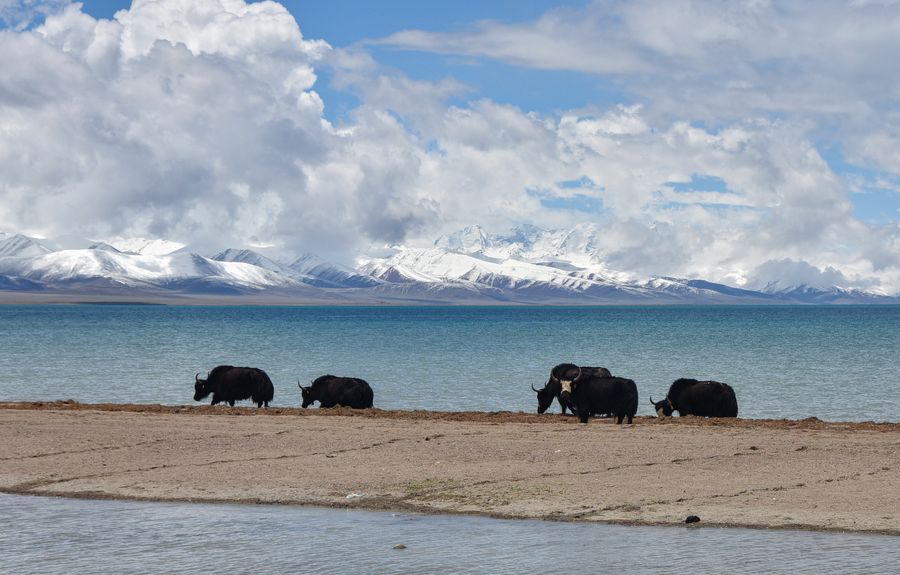 LHASA, June 4 (Xinhua) -- Southwest China's Tibet Autonomous Region remains one of the areas with the best environmental quality globally, with stable local biodiversity and ecosystems in 2019, according to a report issued Thursday.

The report, released by the regional department of ecology and environment, shows that water quality in major rivers and lakes, as well as air quality in the region, remained good last year.

By the end of last year, the region had set up 47 nature reserves within an area totaling 412,200 square km, accounting for 34.35 percent of that of the whole region, according to the report.

The rare wildlife population in the region has been growing, with the Tibetan antelope population increasing to around 200,000 and that of the wild yak exceeding 10,000, said the report.

Tibet has been making increasing efforts to protect wild animals over the past few decades. The region has invested more than 1.3 billion yuan (about 183 million U.S. dollars) in building breeding bases, nature reserves, monitoring stations and rescue stations for wildlife, local statistics showed.