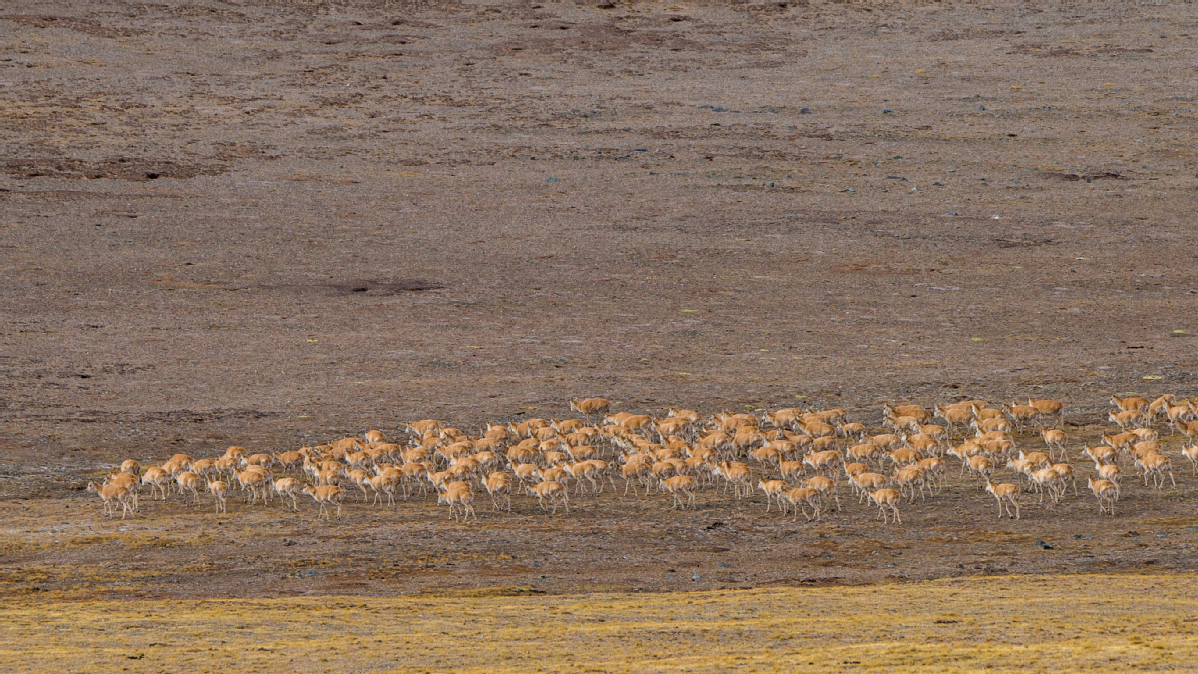 Thousands of pregnant Tibetan antelopes have begun their annual migration toward sparsely populated northern areas from the prairie of the Tibet autonomous region.

Mao Shiping, an official from the Forestry and Grassland Bureau of Nagchu city, told China News Service that the city's antelope population had soared to more than 150,000.

"With increased protection funding and conservation efforts, our bureau was able to hire 780 patrol officers to guard the antelopes' safety all year long," Mao said, adding there were more than 1,400 wildlife officers in Nagchu city and Ngari prefecture. Both include primary habitat for the species. 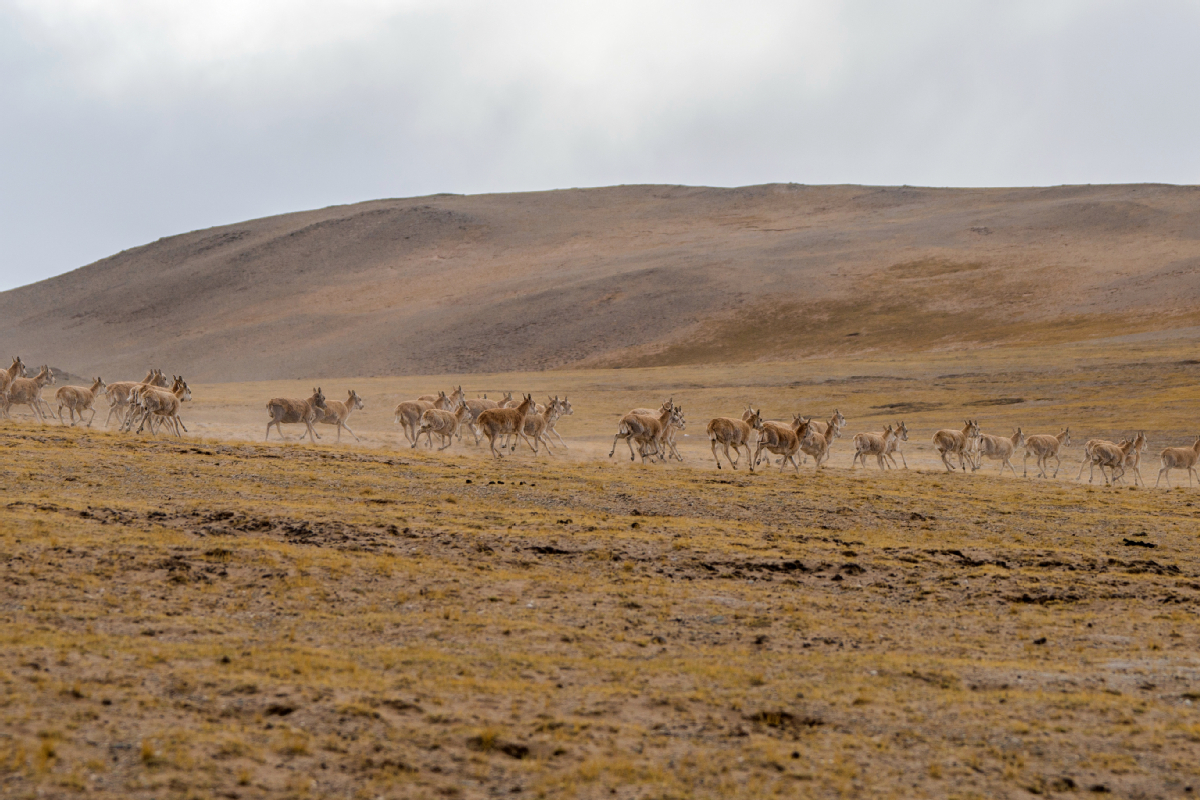 Hu Haibo, a staff member in the forestry and grassland bureau of the region's Ngari prefecture, said local Gerze county was densely populated by Tibetan antelope. The prefecture gathered all its 657 patrol officers recently for a convoy to observe the migration.

"Most Tibetan antelope use special passages to cross highways in the evening," Hu said. "If they do it in the daytime, we stop the traffic and give first priority to the animals," Hu said.

In the late 20th century, the antelope population fell to endangered levels because of massive poaching. The central government has now established a number of nature reserves in Tibetan antelope distribution zones. Such measures have curbed poaching, and the population of the species has rebounded significantly in recent years.