A Group of Tibetan

Most people around the world have heard of Tibet, the land of high mountains, permanent snow, and the Buddhism. However, there are a lot of facts about Tibet that most people rarely know, and even fewer understand. From the weather to the languages and the people themselves, knowing a little about where you are going before you get there can help to make your Tibet Tour even more exciting.

The Tibet Autonomous Region (TAR) is one of the westernmost provinces of the People’s Republic of China, and lies on the border with India to the south and west, with Nepal to the west and Bhutan to the south within the borders with India. Ringed on the southern and western sides by the mighty Himalayas, this vast land lies on the world’s highest plateau. To the east lie the provinces of Yunnan, Sichuan, and Gansu, and to the north are Qinghai Province and the Xinjiang Uygur Autonomous Region.

Tibet has a unique topography and geography, and varies in elevation from the northwest to the southeast. Ringed by the main body of the Himalayas, the plateau is crisscrossed by the mountain ranges of the Transhimalaya, including the famous Gangdise Mountains (Mount Kailash) and the Nyenchen Tanglha Mountains closer to Lhasa. The landscape ranges from dense green forests to arid deserts and dry moonscapes, and high mountain ranges to the deepest river canyons. Vast areas of prairies and grasslands stretch across the plateau, and four of the world’s most important rivers start their course to the seas from this high-altitude region. With such a diverse geography and climate, the plateau is home to a huge number of endemic animals, plants, and birds.

Mt.Qomolangma-Highest Mountain in the world

Knowing some more the weather in Tibet is one of most important fact to make your Tibet travel easy and well prepared. Due to the higher altitude of the plateau, most people think it snows all year round here. It doesn’t, but the weather can be unlike any you have ever encountered. Across most of the region, the weather is considered to be harsh, and at elevations above 4,500 meters, it is possible to see snow late in the spring and autumn seasons.

Tibet has a four-season monsoon climate, and despite being subject to the Indian Southwest Monsoon in the summer months from June to September, the plateau actually sees a lot less rain than any other monsoon climate. The height of the Himalayas actually filters out most of the rain before it gets there, leaving a lot less to fall on the plateau.

Temperatures, however, can be a troublesome thing in Tibet. While even in the winter months, areas such as Lhasa can be pleasantly warm, with temperatures of around 10-12 degrees, other areas can have daytime temperatures as low as -10 degrees in winter. In the summer, it is not uncommon to find warm temperatures up to 24 degrees in the warmer areas, despite the harsh conditions, and even at Mt. Qomolangma (known as Mount Everest in west) Base Camp, the summer sees temperatures of up to 14-16 degrees. So the Mount Qomolangma Base Camp Trekking is very popular and the temperature is very favorable during summer. 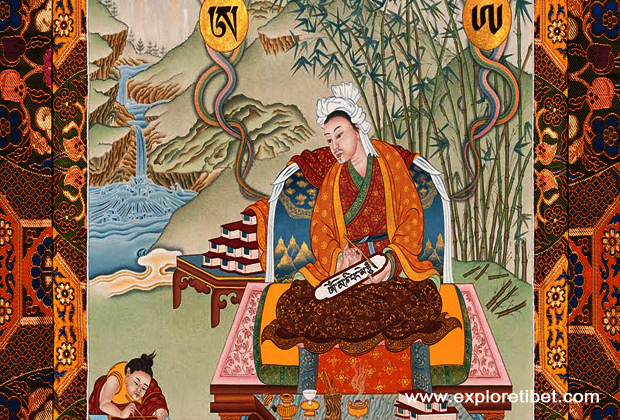 The Tibetan language is one of the two official languages in Tibet, and has its origins in the 7th century, when Buddhist texts first began appearing. While Standard Tibetan is the main version, there are also several variations throughout the plateau, which have grown from the original spoken word over the millennia.

Classic Tibetan as a script is the standard form of writing for all Tibetan variants, and is a form of Abugida, such as is used in writing Dzongkha (Bhutan), Sikkimese, and Ladakhi. The creation of the Tibetan alphabet is normally attributed to Thonmi Sambhota, a minister of Songtsen Gampo. It is said that he went to India to study the art of writing Sanskrit, and introduced a form of Indic alphabet on his return.

More akin to the script of Kashmir than Chinese, the modern Tibetan alphabet has 34 characters, and has little in common with the western Roman alphabet.

Despite being the second largest province in China (Xinjiang is the largest), Tibet has the lowest density of population in the entire country. With a land area of 1.228 million km2, Tibet actually covers around 12.8% of the total area of China, but has an average of only two people per square kilometer.

The total population of the Tibetan people is estimated to be around 6 million, but only around 3.18 million actually live in the Tibet Autonomous Region. The rest live in the Tibetan-inhabited areas of Sichuan, Gansu, Yunnan, and Qinghai. With such a low number of people living on the plateau, mostly in the southern and eastern areas, this vast land is open and untouched in many areas, with virgin forests and hidden valleys yet to be discovered. 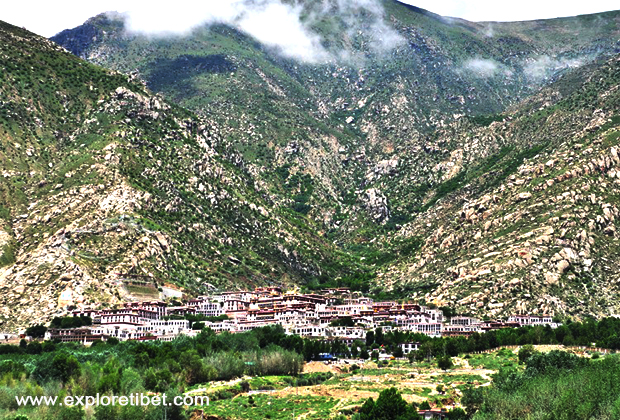 The major religion of Tibet is Tibetan Buddhism, and around 80 percent of the Tibetans within the TAR are Buddhists. However, there are still around 12% of the population of Tibet that still follow the ancient animistic and shamanistic practices of Bon, the pre-cursor to Buddhism on the plateau. A small minority of Tibetans are Muslim, around 0.4%, and there is a small community of Roman Catholics in Shannan Prefecture.

Buddhism has been practiced in Tibet since the 7th century, though it was sporadic and disorganized until the late 10th century. Buddhism first came to Tibet under the reign of the Tibetan Kings of the Yarlung Dynasty, and was first formally introduced in the 7th century, under the reign of the Tibetan king, Songtsen Gampo, who married at least two Buddhist wives (Princess Bhrikuti of Nepal and Princess Wencheng of the Tang Dynasty).

Buddhism’s official position was established in the 8th century, but during the 9th and early 10th centuries, King Langdarma, who was an anti-Buddhist Bon follower, began a reversal of the influence of Buddhism in Tibet. After his death, the Tubo Kingdom crashed and civil wars ensued, even between Buddhists and Bon followers.

However, Buddhism survived this period of fragmentation, and grew stronger in the 11th century, with the arrival of the Buddhist master, Atisha, from India and the founding of the Kadampa School of Tibetan Buddhism, the first official sect of Tibetan Buddhism. Since the 1th century, Buddhism has had its strongest influence on the people of the plateau, and remains today the major religion of the Tibetans.

(The article is provided by Explore Tibet)