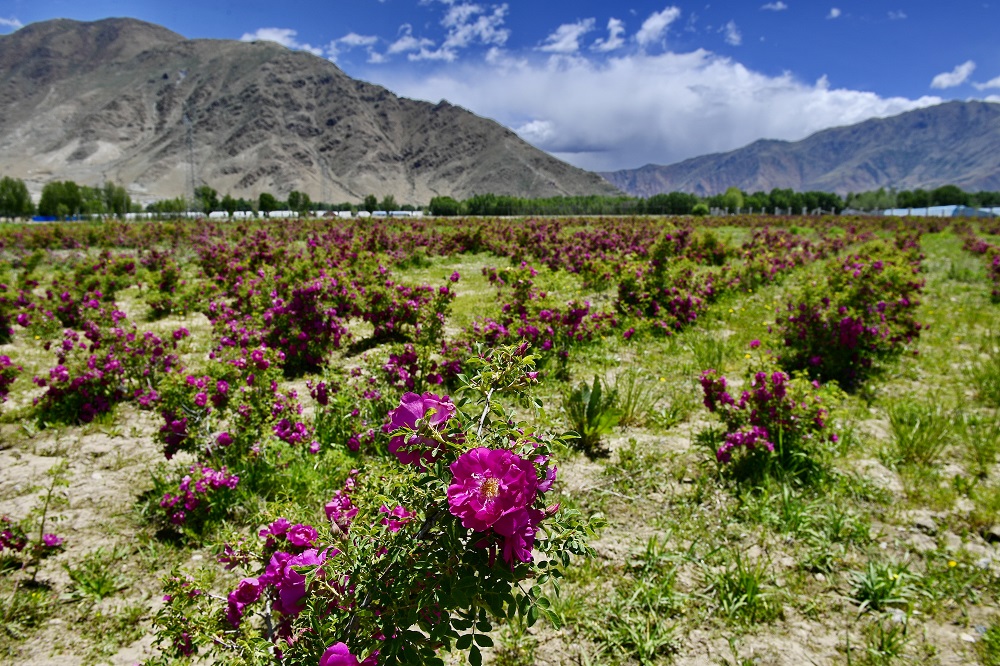 The water surface of the Yarlung Zangbo River and Lhasa River shrank slightly compared to the same period last year, it said.

Local authorities have been reminded to make preparations for possible drought and step up monitoring of fires, crop diseases and pests, said Wang Xufeng, a researcher with the Northwest Institute of Eco-Environment and Resources of the Chinese Academy of Sciences (CAS).

June's average temperature in the Tibet Autonomous Region was 1.3 degrees Celsius higher than the previous average, with record highs seen in several cities.

On June 24, the temperature in Gyaca, under the jurisdiction of Shannan, soared to 32.6 degrees.

Regional capital Lhasa, which is a generally cool place 3,650 meters above sea level, embraced summer for the first time on June 23 since meteorological data was first collected in 1981.

Such weather anomalies have more negative impacts on agricultural production than positive ones, experts said.

With the highest elevation in the world's mid-latitude region, the Qinghai-Tibet Plateau is very sensitive to the impact of global warming, said Kang Shichang, director of the State Key Laboratory of Cryospheric Science of the CAS.

This year's weather is an anomaly, and the long-term trend remains that the plateau is getting warmer and wetter, he said.