A worker from the China Railway 11 Bureau Group Co Ltd prepares for track laying for the Lhasa-Nyingchi Railway, March 7, 2019. [Photo/Xinhua]

Such an inspection is a routine repeated two or three times a day. Wang works for China Railway 11 Bureau Group Co Ltd and is designated as head of track laying for the Lhasa-Nyingchi Railway, the first electrified railway in Tibet. 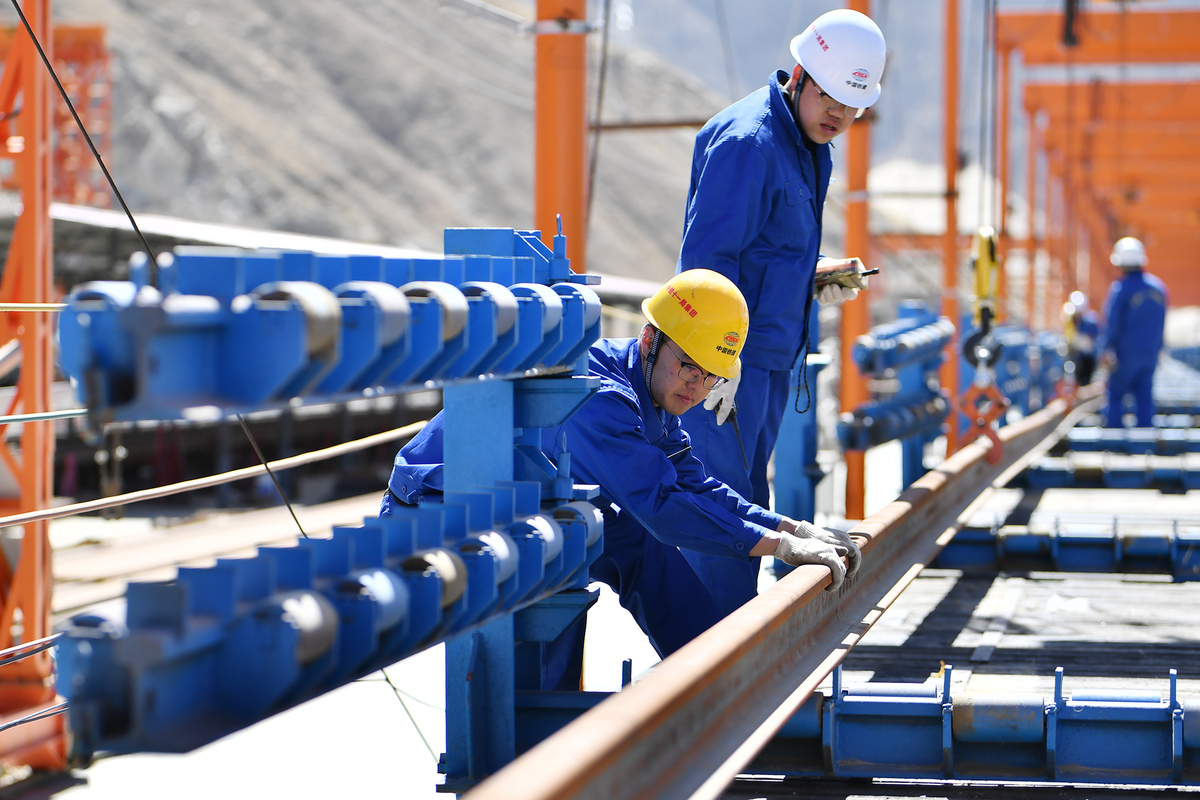 Spanning more than 435 km, the railway, which connects Lhasa, the regional capital, and the city of Nyingchi, forms an important part of the Sichuan-Tibet Railway. A worker from the China Railway 11 Bureau Group prepares to lay track for the Lhasa-Nyingchi Railway, March 7, 2019. [Photo/Xinhua]

By the end of 2018, roads had reached all counties in Tibet. In 2006, the Qinghai-Tibet Railway was put into operation. Eight years later, the railway connecting Lhasa, and Tibet's Xigaze, was completed. Tibet now has five airports, with 92 air routes already launched.

From 1980 to 2018, the central government allocated more than 1.2 trillion yuan ($184 billion) in subsidies to Tibet, accounting for 91 percent of Tibet's total expenditure. More than 15 years ago, Wang volunteered to join the building of the Qinghai-Tibet Railway. It was a tough job, since 85 percent of the railway was constructed in areas more than 4,000 meters above sea level. The areas have an annual average temperature below zero degree Celsius, and oxygen in most of these areas is only about 50 percent to 60 percent of that in plain areas. 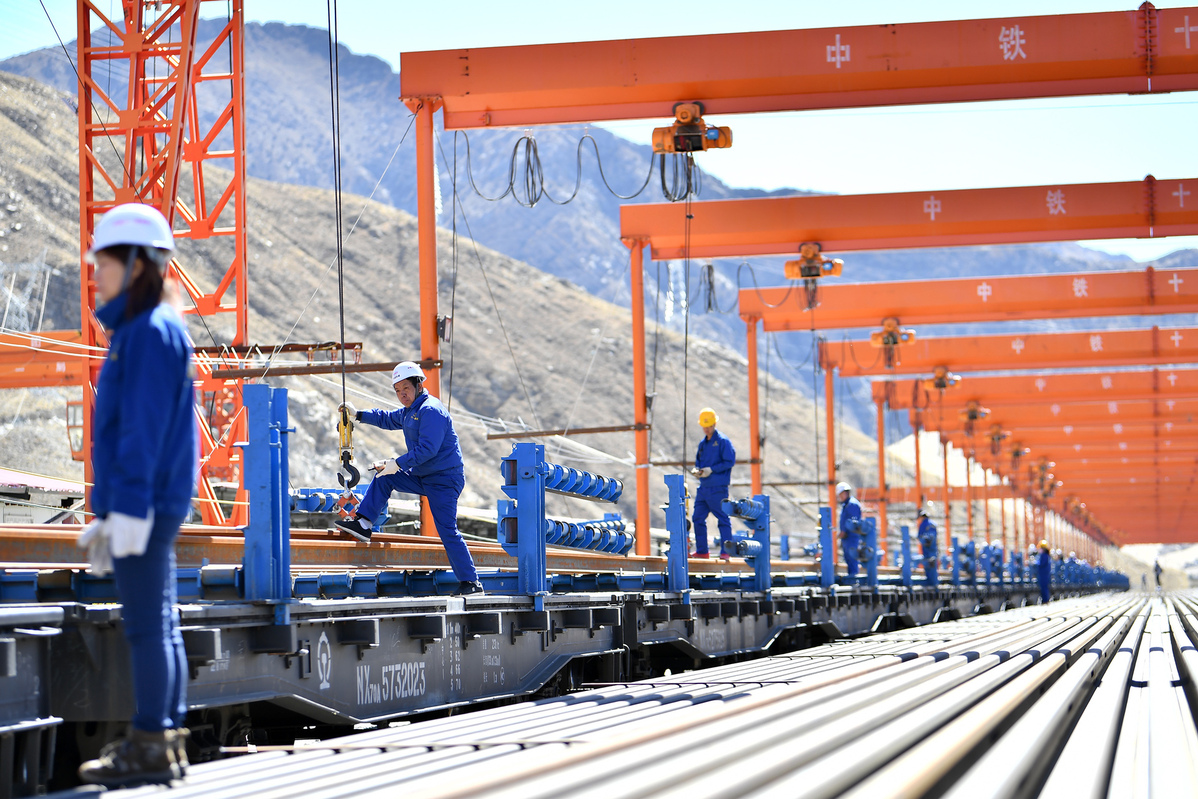 Under such harsh conditions, Wang became the head of a team in charge of track laying, a hugely challenging job for a man only 29 years old.

"It was challenging yet meaningful to me," Wang recalled. "The project was simply significant in itself." 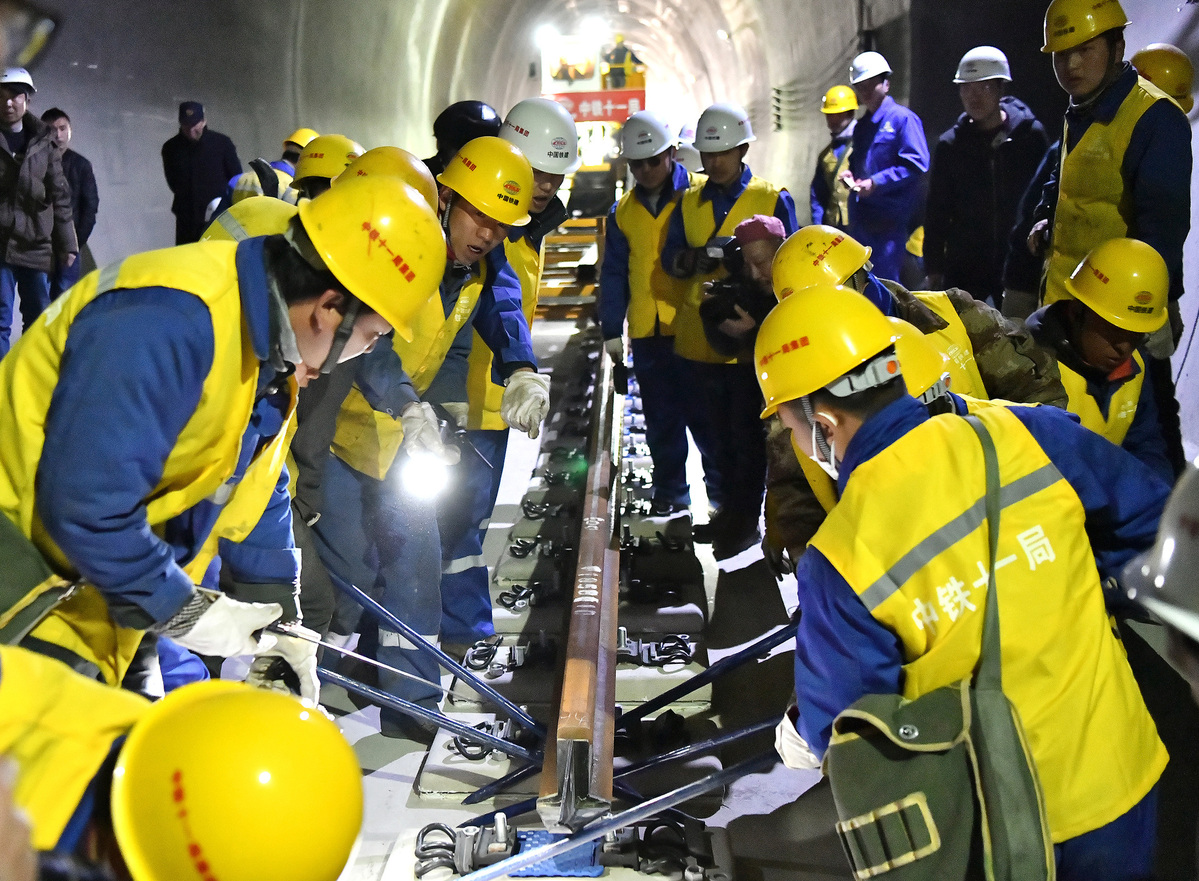 It proved to be no easy task under such harsh conditions. Wang was sent to hospital twice due to altitude stress. But the difficulties did not put the man down. In the process, Wang and his team not only managed to carry all the trains up the plateau with cars, but they also made a record by laying more than 8 km of tracks on a plateau in just one day.

"I felt huge responsibility on my shoulders when doing my job, because I cared about the safety of my workers and the safety of the project," Wang said. "When the railway was completed, I cried like a baby." 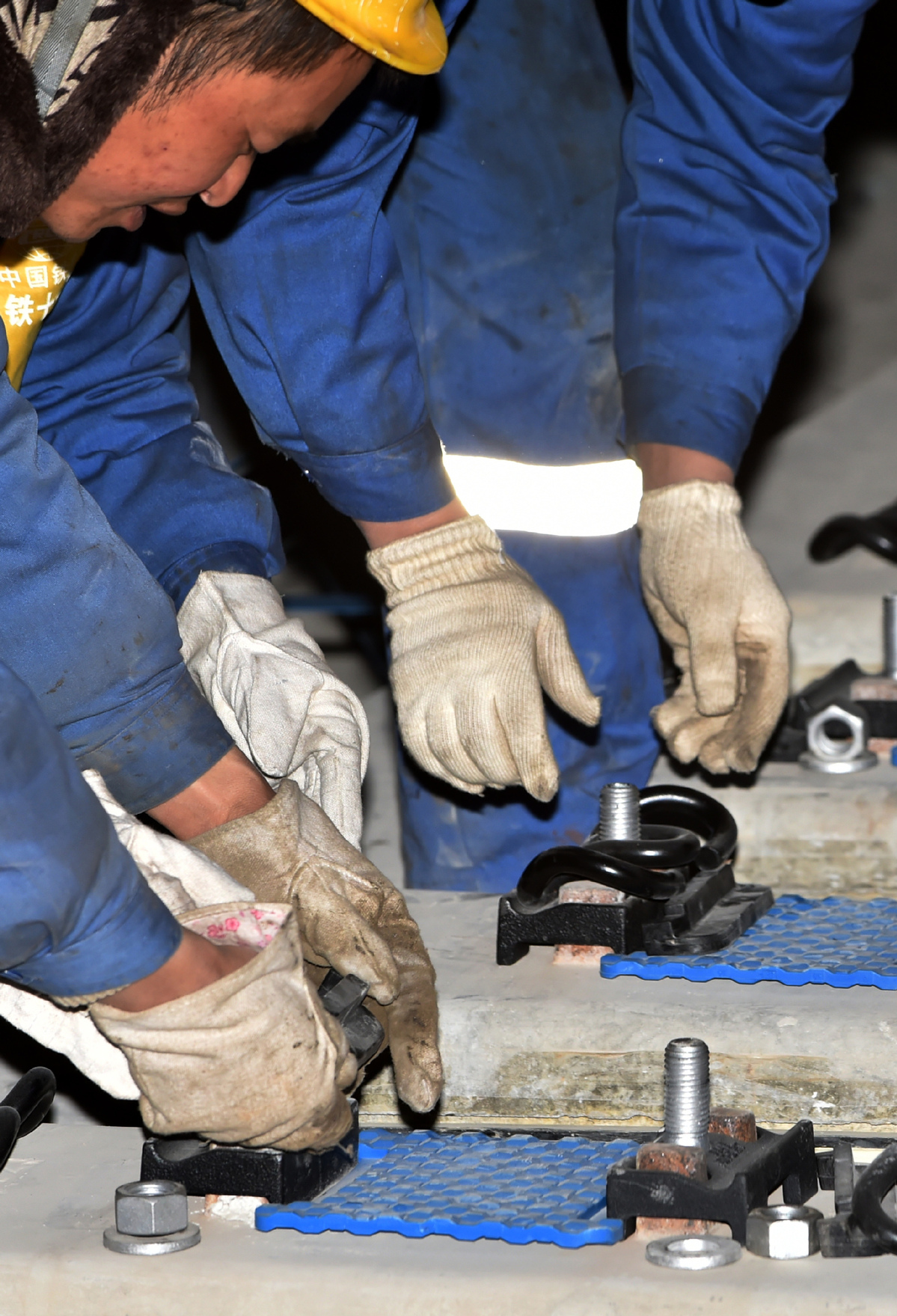 In May last year, Wang went to Tibet again, to help with laying the tracks of the Lhasa-Nyingchi Railway.

"After the railway is completed, my life will be complete," he said.