Farmers chat with each other beside a heap of wheat in Songpan Village of Lhunzhub County, southwest China's Tibet Autonomous Region, Sept. 23, 2018. (Xinhua)

Since the 18th National Congress of the Communist Party of China (CPC), the CPC Central Committee with Comrade Xi Jinping at the core has made arrangements for social stability, border development, ecological protection and ethnic unity in Tibet and opened a new chapter of improving governance, stability and people's wellbeing there.

The following is a timeline of some key moments of Xi's engagement in promoting the development of Tibet as general secretary of the CPC Central Committee. Aerial photo taken on Jan. 11, 2019 shows a road leading to Lhasa, southwest China's Tibet Autonomous Region. Infrastructure has been improved in Tibet, as a comprehensive transportation network composed of highways, railways and air routes has been formed. (Xinhua)

-- In August 2014, Xi called for improvements to transport infrastructure in Tibet to boost the region's development, when marking the 60th anniversary of the opening of the Sichuan-Tibet and Qinghai-Tibet highways.

-- On April 25, 2015, a devastating earthquake in neighboring Nepal caused serious damage in several parts of Tibet. Xi called for all-out efforts to rescue the wounded, accommodate the quake-affected people and carry out the reconstruction by restoring the damaged infrastructure in a timely manner.

-- On July 30, 2015, Xi presided over a meeting of the Political Bureau of the CPC Central Committee, which discussed economic and social development in Tibet and how to ensure the autonomous region achieve prolonged stability.

-- Xi delivered a key speech at the Sixth National Symposium on Work in Tibet held on Aug. 24 and 25, 2015, defining guiding principles, objectives, and tasks in Tibet in the new era. 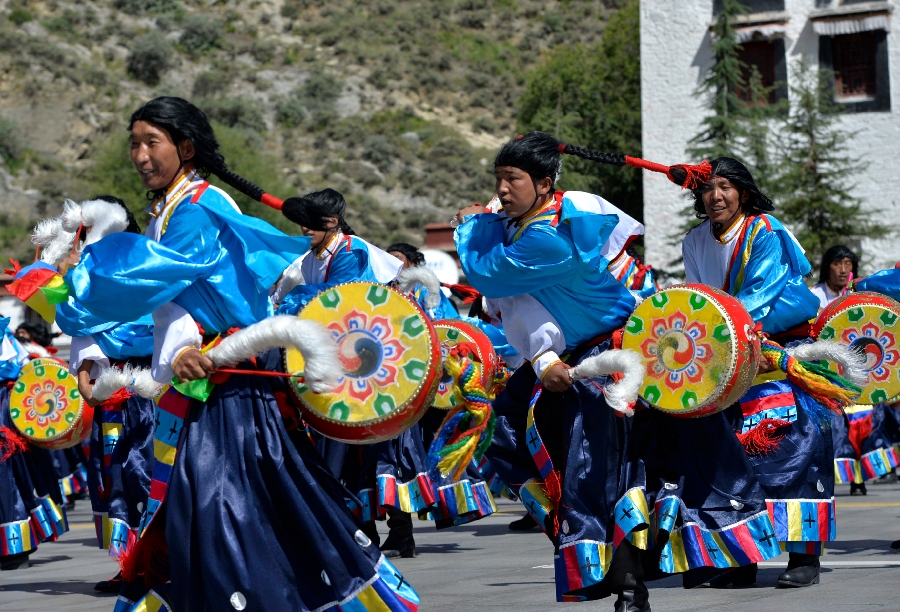 -- In September 2015, when the country celebrated the 50th anniversary of the founding of the Tibet Autonomous Region, a delegation from the central government presented Tibetan authorities with a plaque inscribed with Xi's words: "Enhancing ethnic unity, building a beautiful Tibet."

-- On Oct. 28, 2017, in a reply to a letter from a herding family in Lhunze County, near the Himalayas in Tibet, Xi encouraged them to set down roots in the border area, safeguard the Chinese territory and develop their hometown.

-- On Oct. 15, 2018, Xi congratulated Xizang Minzu University on the 60th anniversary of its founding in a letter and urged the university to fully implement the Thought on Socialism with Chinese Characteristics for a New Era and the spirit of the 19th CPC National Congress, promote core socialist values, and improve education quality. Enditem